It seems like most networks are no longer waiting for the Upfronts in May to give renewals to their highest-rated and most beloved shows this year. After previously giving advance renewals to Empire and Gotham, the network’s two biggest dramas, earlier this year, FOX has announced today that two of their most beloved sitcoms, Brooklyn Nine-Nine and The Last Man on Earth, have both officially been renewed for new seasons! This Fall, Brooklyn Nine-Nine will be returning for a fourth season, while The Last Man on Earth will be entering a third season. 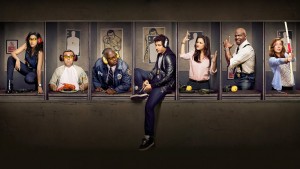 Brooklyn Nine-Nine is a series that originally came by way of Universal Television, 3 Arts Entertainment and Fremulon, being purchased by FOX for development in 2013 after a heated bidding war between several networks. The series chronicles the eccentric work lives of a New York City police precinct in the borough of Brooklyn, where the greatest threat to the city may just be how irresponsible the cops that protect it are! The series stars Andy Samberg, Melissa Fumero, Joe Lo Truglio, Andre Braugher, Terry Crews, Stephanie Beatriz, and Chelsea Peretti. 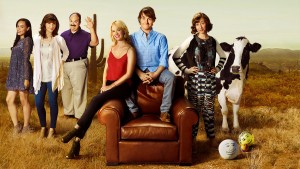 The Last Man on Earth is developed in-house by 20th Century Fox Television, part of the FOX Broadcasting Company portfolio, and is executive-produced and overseen by The LEGO Movie and 21 Jump Street directors, Phil Lord and Christopher Miller. The sitcom details a post-apocalyptic landscape where almost all of humanity has been wiped out by a deadly virus, beyond a handful of former losers who are now given the chance to have their way with society’s leftovers, dealing with each other’s immaturity in the process! The series stars Will Forte, who is also an executive producer and the show’s creator, with the series co-starring Kristen Schaal, January Jones, Mel Rodriguez, Cleopatra Coleman, and Mary Steenburgen.

Keep poking Eggplante for all major news and updates on Brooklyn Nine-Nine and The Last Man on Earth, along with our weekly review coverage.