Microsoft has revealed the four free games that will be offered to Xbox Live Gold members next month, and as usual for April’s Games with Gold selections, this is a big one!

On Xbox One, The Wolf Among Us will be offered throughout the entirety of April, while Sunset Overdrive will replace Lords of the Fallen halfway through the month, on April 16th, remaining free through to May 15th. Xbox 360 and Xbox One owners with Xbox Live Gold memberships alike meanwhile can snag Dead Space for the first half of April, between April 1st and April 15th, with Saints Row IV taking its place between April 16th and April 30th. The new Games with Gold rewards start going live just over a week from now, on Friday, April 1st, so if you have yet to redeem Sherlock Holmes: Crimes & Punishments on Xbox One, or Borderlands on Xbox 360, you have until then to do so.

The Wolf Among Us is an episodic narrative-driven adventure game by Telltale Games, inspired by Vertigo/DC Comics graphic novel series, Fables. Serving as a prequel to Fables, The Wolf Among Us explores a seedy borough of New York where fairy tale characters are forced to take refuge, and hide among the human populace. After a series of grisly murders starts rocking the neighbourhood however, Sheriff Bigby Wolf, a regular fairy tale presence, must find the killer before all of the so-called Fables find themselves run out of the human world. The Wolf Among Us was highly acclaimed when its first ‘season’ of episodes wrapped in 2014, including from us, with our official review awarding the series a high 86% score, praising its pulp-flavoured comic book style, engaging storyline, and compelling personalities. The Wolf Among Us is also available for PC, Mac, Xbox 360, PlayStation 3, iOS, Android, PlayStation Vita, and PlayStation 4.

Sunset Overdrive is a colourful, fast-paced open-world sandbox game, developed by Insomniac Games and published by Microsoft, where players design a custom avatar to live and thrive in the ‘Awesomepocalypse’. After a dangerous energy drink is unleashed on the population of Sunset City, turning most of the population into mutant freaks, players must run, leap, bounce, grind and swing around the city to take the fight to the monsters, while always staying on the move and unloading an arsenal of hilariously impractical weapons. Sunset Overdrive was praised for being one of the Xbox One’s best exclusives in 2014, with our own review granting it a lofty 90% score, praising its vibrant graphics, addictive sandbox gameplay, and slick movement mechanics and physics. 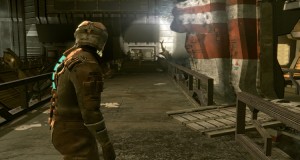 Dead Space is a survival-horror game published by Electronic Arts, and developed by Visceral Games (then known as EA Redwood Shores), whereupon players attempt to survive on a derelict spacecraft, infested with horrific mutant freaks known as Necromorphs. Taking control of spacefaring engineer, Isaac Clarke, players must dismember the Necromorphs as the only true means of stopping them, and fight to survive in an isolated location with barely any chance of escape or rescue. Dead Space was highly acclaimed when it first launched in 2008, with its atmosphere, creative gameplay hook, and potent scares all being celebrated by critics and gamers alike. Dead Space is also available for PC and PlayStation 3.

Saints Row IV is the apparent climax of the increasingly ridiculous open-world sandbox sensation by Volition Inc. Now published by Deep Silver, who acquired the series’ rights after former publisher, THQ’s bankruptcy in 2013, Saints Row IV redefines the gameplay of the Saints Row series all over again, as players’ custom gang leader is elected President of the United States. There’s little time to run the country into the ground however, as the 3rd Street Saints are trapped in a twisted virtual reality simulation of their new city territory in Steelport, and tasked with causing as much destruction and mayhem as possible to break free of the simulation, and take the fight to the cruel aliens that have conquered Earth. Saints Row IV was well-received when it first launched in 2013, with our own review also praising it quite highly, namely for its amusing sense of humour, silly, but fun gameplay mechanics, and wide variety of eccentric tasks to complete. Saints Row IV is also available for PC, PlayStation 3, PlayStation 4 and Xbox One. 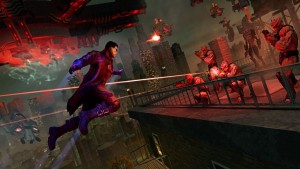 As usual, you must have an active Xbox Live Gold membership to redeem any free Games with Gold rewards. An Xbox Live Gold membership must be maintained to play any free Xbox One game rewards at any time, though any successfully redeemed Xbox 360 games are yours to permanently keep, even if you subsequently allow your membership to lapse. Bear in mind as well that all Games with Gold rewards offered on Xbox 360 are backwards-compatible and playable on Xbox One.