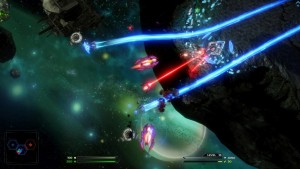 April’s PlayStation Plus lineup will go live next Tuesday, April 5th, at which point it will replace the free March games. Thus, if you have yet to redeem Broforce, Galak-Z, Super Stardust HD, The Last Guy, Flame Over, or Reality Fighters, you have until then to do so. Bear in mind that, as usual, you must have and maintain an active PlayStation Plus membership to redeem and play any free game rewards at any time, on any platform.

Dead Star, releasing for the first time on April 5th, is an online retro-style space shooter with RPG and MOBA elements. Players earn levels and score loot as they develop their spacecraft, and fight in randomized, procedurally generated battlefields, complete with the ability to have warships invade the game sessions of other players. Dead Star is not only launching for PlayStation 4, but also PC. 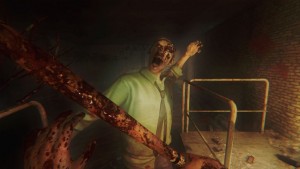 Zombi is a PlayStation 4 port of ZombiU, a game that originally released as a launch title for Nintendo’s Wii U console in 2012. Taking control of a survivor amidst a zombie apocalypse, players must fight to scavenge supplies and survive hordes of zombies on their own wits. If a player is killed, their character permanently dies, with players then assuming control of another survivor, with the chance to encounter their former self while fighting through the zombie hordes as well! Zombi was received fairly well when it first launched last year, with the enhanced optimization for traditional game consoles being praised, along with the thrilling horror-themed gameplay, though most critics felt that the original Wii U game was ultimately superior, especially with Zombi missing features, including all of the multiplayer elements, from ZombiU. Zombi is also available for PC and Xbox One. 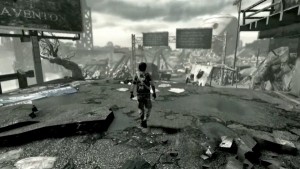 I Am Alive, which some PlayStation Plus members may have redeemed already after Sony accidentally offered it in place of Super Stardust HD last month for a short time, is another survival game by Ubisoft, this time having players assume control of a lone survivor in a decaying post-apocalyptic society where people turn vicious and deceitful for the sole drive to survive. There may be no zombies in I Am Alive, but its own post-apocalyptic landscape can be just as dangerous as that of Zombi! I Am Alive received fairly decent reviews when it first released in 2012, with its survival mechanics being praised, even if its lack of realism and sometimes uninspired progression was criticized. I Am Alive is also available for PC and Xbox 360. 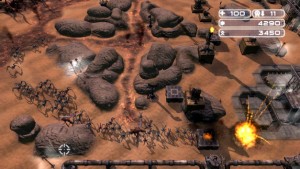 Savage Moon is a tower defense game that is properly exclusive to PlayStation 3, where players must defend a strange planet and its rich resources from invading aliens called Insectocytes. As players successfully repel alien invaders, they can accrue added funds and resources to further outfit their defenses, and prepare for ever-more dangerous hordes of Insectocytes to attack. Savage Moon received decent reviews when it first released in 2009, with its thrilling strategy gameplay being praised, even if its low production values and lack of depth were criticized.

Shutshimi is a procedurally-generated shoot ’em up game that has players taking control of a muscular fish with a questionable memory. The game offers the interesting mechanics of constant power-ups that change the very nature of gameplay, as players opt to either fight through or destroy many waves of enemies. Shutshimi received positive reviews when it first launched last year, praising its exciting, innovative shoot ’em up gameplay, even if the game was considered to lack appeal to non-fans of shoot ’em up games. Shutshimi is also available for PC, PlayStation 4 and Wii U. The game is also cross-buy on PlayStation platforms, so those who redeem this reward on PlayStation Vita will score the PlayStation 4 version for free, and vice-versa!

Finally, A Virus Named TOM is an action-puzzler that has players fighting to overload a computer system with a dangerous virus, while dodging antivirus software at the same time. The game also supports co-op, allowing up to four players to spread their technological malice together. Originally released for PC, Mac and Linux, A Virus Named TOM will hit PlayStation Vita for the first time on April 5th. The game received decent reviews upon first releasing for computers in 2012, with its multiplayer gameplay and creative design being praised, even if it was criticized for its sometimes frustrating difficulty. 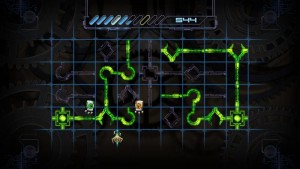 Compared to the huge Games with Gold rewards being offered on Xbox platforms this April, Sony’s PlayStation Plus lineup for the month is a little bit weak and disappointing. Many of the games on offer are decent-to-middling indie games that probably won’t turn a lot of heads, with Dead Star possibly being the most interesting release, though even then, it seems to be a game that’s geared specifically towards multiplayer enthusiasts. Shutshimi is at least another solid offering that many people no doubt haven’t played yet, especially since it’s cross-buy on PlayStation platforms, and Zombi is a solid game too, even if it’s ultimately inferior to the original Wii U build. All in all though, there have definitely been better PlayStation Plus lineups, and compared to March’s selection, this set of offerings feels like a bit of a step down.