FOX hasn’t been shy about giving early renewals to several veteran shows, including Empire, Gotham, Brooklyn Nine-Nine and The Last Man on Earth, and now, the network has announced that two of its freshman shows are officially coming back for new seasons as well. Fantasy/procedural/comedy hybrid, Lucifer will officially be back for a second season, as will fellow procedural, Rosewood. 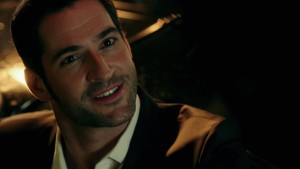 Lucifer has been a big surprise hit for FOX, since its debut this past January, averaging as the network’s fifth-highest rated broadcast show within the 18-49 age demographic, and averaging around 10.5 million viewers across live viewings, DVR, and digital platforms. The series centers on The Devil (Tom Ellis) after he flees Hell to run a nightclub in Los Angeles, while getting his kicks solving crimes and punishing evildoers for the LAPD, and is loosely adapted from the series of graphic novels published under the Vertigo imprint of DC Comics. Among FOX’s rather shaky midseason offerings that began airing in 2016, Lucifer is perhaps the only one to gain serious momentum. The show is currently the second Vertigo-inspired television series to presently hit the airwaves, following The CW’s iZombie, itself recently renewed for a third season, and preceding AMC’s Preacher, which will debut this May.

Rosewood revolves around a fast-talking, smart-assed Miami medical examiner (Morris Chestnut), who similarly, gets his kicks solving crimes for a spunky detective. As with Lucifer, Rosewood was among the biggest successes of FOX’s freshman shows from this season, also being in the network’s top ten shows among the 18-49 audience, though it debuted last Fall, not midseason like Lucifer did. The series trails Lucifer in viewership at present however, having around 7.8 million average viewers across all platforms and live viewings.

Keep deducing Eggplante for all major news and updates, including our weekly review coverage of Lucifer, as well as other major FOX television projects.