At last, Mike Miller has reunited with his brother, as we saw with that punch to the genitals at the end of last week’s episode. “Skidmark” was all about tapping into the complicated relationship between Phil and Mike this week, though unfortunately, this also led to one of the first stumbling blocks that The Last Man on Earth has encountered in a little while.

On the bright side, Sudeikis is fun and cool as ever in the role of Mike. Now that he actually has other personalities to play off of, excluding that other survivor he met in the midseason premiere, Sudeikis is allowed to expand and develop his performance, and it’s not long before the group gets a new angle; Mike is the perfect little brother that was always outclassing Phil in terms of achievements and appeal. Of course, Phil takes to his brother’s presence with initial anger to this effect, as Mike apparently hooked up with some girl that Phil was interested in in the past (hence, the genital punch), though the two tearfully hug it out and welcome each other back into their lives afterward… Until Phil perceives Mike as stealing his non-existent thunder with the group.

Despite Phil’s struggles to be liked and appreciated, especially in his attempts to redeem himself around the start of this season, Mike immediately fits in with everyone, and makes fast friends of the group. Phil even gets jealous for the first time when Carol responds well to Mike, leading to Phil going to increasing lengths to get the group’s attention back on him.

Unfortunately, this leads to a return from Phil’s more annoying and immature side, as his buffoonery yet again reaches astronomical proportions. Some of the awkward jokes with Phil’s attempts to stay cool in the presence of Mike still worked, but things like Phil trying to throw a party simply to outclass a bonfire that Mike arranged, only to start calling out all of Mike’s apparent bad deeds in front of everyone, is more tacky than truly funny. At the very least though, it did make Phil’s just desserts all the more amusing, when he wakes up at the very end of the episode to see that half of his hair and beard have been shaved off by Mike while he slept. Game on! 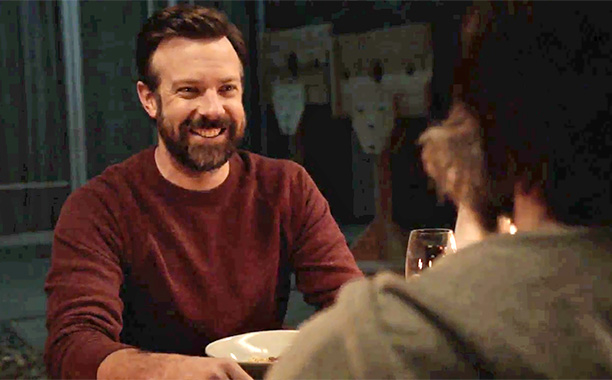 Still, the rivalry between Phil and Mike so far feels childish and forced. It feels like the show is trying to find an excuse to give Phil a replacement rival, after the other Phil died in the midseason finale. As much as that ending prank was hilarious, it might have made for a funnier episode if Mike didn’t even notice Phil’s attempts to get one over on him, and simply remained likable and supportive, in sort of an unintentionally condescending way. Sure, you get that sense in the earlier parts of the episode, but eventually, it feels like Mike starts stooping to Phil’s level, and that works to mixed effect.

Todd’s arc fortunately ended up being done a bit better, as the women take turns chewing him out for his rather embarrassing display on the beach during the previous episode. This also made for a funnier moment in this episode, especially as Todd takes the backlash on the nose, and simply accepts the fact that he messed up. After a heart-to-heart between Gail and Melissa however, the two eventually decide to share Todd, presumably with Erica remaining solo, and Todd ends up over the moon. It was very funny when Todd tries to make sure he fully understands the arrangement too, including whether or not it entails Gail and Melissa hooking up with each other. If anyone deserves this kind of luck, it probably is Todd, lovable teddy bear that he is.

Ultimately though, there’s not all that much to say about, “Skidmark”, which feels like a bit of a one-note episode, despite establishing Mike as a new member of the group fairly well, if not excellently yet. It feels like The Last Man on Earth is slowly putting together a new status quo for the season’s final four episodes, and that’s fair enough, I suppose, even if we haven’t yet cracked the real depth of Phil and Mike’s complicated bond. Even if the rivalry is immature and superficial so far though, it should carry the rest of the season pretty effectively, particularly as it’s also balanced by Todd getting luckier than he could have ever imagined in the meantime.

The Last Man on Earth 2.14: "Skidmark" Review
Mike's proper induction into the group led to a good, though not standout episode of The Last Man on Earth this week, as the Phil/Mike rivalry quickly spins out of control
THE GOOD STUFF
THE NOT-SO-GOOD STUFF
2016-04-11
76%Overall Score
Reader Rating: (0 Votes)
0%