Surprising absolutely no one, 20th Century Fox’s Marvel-licensed, record-shattering R-rated blockbuster, Deadpool is getting a sequel, and now it’s officially set in stone. Speaking at their CinemaCon 2016 keynote today, Fox announced the oft-rumoured sequel for the first time, a movie that was formerly poked at in the original movie’s post-credits scene, where the Merc with a Mouth claimed that the sequel would definitely have Deadpool’s frequent running mate and mutant rival, Cable in it. Sadly, Fox declined to give the Deadpool sequel a release date at this point. 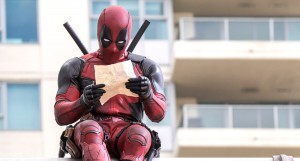 Currently, Fox has dates reserved for two unknown Marvel-licensed movies set in their X-Men film universe; One on October 6th, 2017, and the other on January 12th, 2018. One of these dates will probably eventually be filled by the tentatively-titled Deadpool 2, especially since Fox seems to be fast-tracking it over other X-Men movie projects without release dates at this point, including the indefinitely delayed Gambit, the development hell-mired X-Force, and the Josh Boone-directed New Mutants. Currently, it’s believed that Fox will likely place Deadpool 2 in the January 12th, 2018 date, with the October 6th date likely going to Gambit, once its production properly gets going.

On top of announcing that the Deadpool sequel is a go, Fox also confirmed that star, Ryan Reynolds will return to the role of the title character. The potential of other characters to return, such as T.J. Miller’s Weasel, Leslie Uggams’ Blind Al and Morena Baccarin’s Vanessa isn’t known quite yet, nor if the sequel may incorporate any recognizable X-Men movie actors this time, after the original movie even skipped the obligatory Hugh Jackman cameo (well, mostly). What Fox did confirm however is that Deadpool 2 will have the same writers and director as its predecessor, meaning that Rhett Reese and Paul Vernick will once again be writing the script, and Tim Miller will once again be directing the follow-up.

The original Deadpool managed to beat out 2003’s The Matrix: Reloaded to become the top-grossing R-rated movie of all time since it first hit theatres this past February, with the movie now having grossed approximately $757 million in worldwide ticket sales. Deadpool will soon be hitting Blu-Ray and DVD as well, specifically on May 10th, and will come to digital platforms a couple of weeks beforehand. Our official review of the movie gave it an outstanding 90% overall score as well, claiming that Deadpool routinely defies expectations, and is the freshest and most memorable superhero movie in years, combining violent action, hilarious comedy, emotional romance and potent tragedy all in one manic masterpiece.

Keep provoking Eggplante for all major news and updates on the Deadpool movies, and other big developments in 20th Century Fox’s X-Men movie universe.