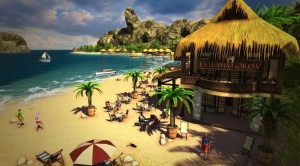 Tropico 5 is the latest installment in the celebrated world-building game series, Tropico. Once again having players assume the role of El Presidente, the game now begins as far back as the Colonial Era, with players having to manage longstanding dynasties in their bid for island conquest. Tropico 5 received fairly solid reviews when it first launched in 2015 on Sony’s console, after a 2014 launch on other platforms, with critics praising its challenging, humour-filled gameplay, along with the series’ overdue debut on a PlayStation platform, though the poorly-optimized console menus and lack of true gameplay novelty were criticized. Tropico 5 is also available for PC, Mac, Linux, and Xbox 360, and will release for Xbox One on May 24th of this year.

Table Top Racing: World Tour is the follow-up to Table Top Racing, and will launch exclusively for PlayStation 4 on May 3rd, with other platforms to come later. The game aims to take the familiar table top racing environments to a global scale, promising a greater emphasis on multiplayer and social play, along with a greater variety of cars, power-ups and more. The original Table Top Racing drew mixed reception, due to its simple gameplay most of all, though it also sports a low price, even if many critics felt that the game was a better fit for smartphones than it was for PlayStation Vita. 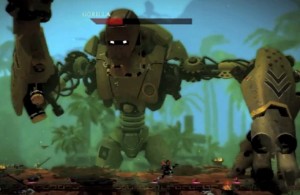 LocoRoco Cocoreccho! is the PlayStation 3-exclusive follow-up to the original LocoRoco game for PlayStation Portable, having players take control of a butterfly that aims to gather and direct the LocoRoco critters to safety. The game boasts online rankings, minigames and other features beyond the main gameplay, and LocoRoco characters will still animate and play, even if players leave the game idle. The game drew mixed reception when it first launched in 2007, with critics praising the charm and creativity, even if the extreme brevity and lack of longstanding gameplay features were criticized.

Switch Galaxy Ultra boasts easy-to-learn, hard-to-master arcade-style gameplay, as players speed and weave their way through a slew of space-based obstacles in an effort to reach a goal. Players can give themselves a further advantage by finding the right pick-ups on the track, and can also spend currency on upgrades that will improve the proficiency of their spacecraft as they reach their goals. Switch Galaxy Ultra received average reviews upon releasing in 2014, with its addictive gameplay being praised, though its derivative, endless runner-style presentation was criticized. Aside from PlayStation platforms, Switch Galaxy Ultra is also available for PC.

All things considered, this is a pretty uneven month for PlayStation Plus. On the one hand, games like Tropico 5 and God of War: Ghost of Sparta are sublime free offerings that players will enjoy very easily, though the emphasis on small-scale games such as Switch Galaxy Ultra, and especially LocoRoco Cocoreccho!, is bound not to sit well with many gamers. Bionic Commando Rearmed 2 is a decent, but mostly middling free offering for those who still get use out of Sony’s last-gen console, and Table Top Racing: World Tour might well turn out to be more noteworthy than its predecessor, but that’s not guaranteed. For the most part, this month isn’t terribly exciting in terms of free rewards on PlayStation platforms, which is a bummer.

Keep revisiting Eggplante for all news and updates on PlayStation Plus, and other major PlayStation incentives.