With today’s public release of Captain America: Civil War in the Americas, a new degree of added pressure has landed on the lap of Marvel Studios, in terms of making a solo spin-off movie centering on fan-favourite Avengers femme fatale, Black Widow. Speaking on the press tour for Captain America: Civil War today, Marvel Studios boss, Kevin Feige addressed the demand for a solo movie centering around Scarlett Johansson’s morally flexible spy, and while Feige has generally been apprehensive about the movie when asked on previous occasions, this time, his answer was more definite. 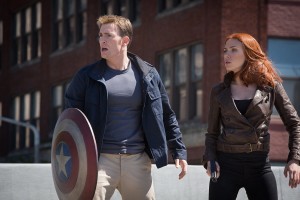 Feige claims that Marvel Studios have begun discussions of where to take ‘Phase Four’ of the Marvel Cinematic Universe, which will unfold after the conclusion of 2019’s Avengers: Infinity War – Part II, and which currently comprises three unknown movies that are scheduled for May 1st, July 10th, and November 6th of that year. While one of those dates will likely be occupied by the currently-indefinitely-delayed Inhumans movie that was originally scheduled for June 12th, 2019, and Feige claimed on a prior occasion that one of the dates will probably end up hosting Guardians of the Galaxy Vol. 3, the remaining date could quite possibly be inhabited by a Black Widow-focused movie. Feige has revised Marvel Studios’ stance on Black Widow movies, as he confirmed today, saying that the outfit is now, “Committed” to making them at some point in the near future.

Speaking a bit about the character, Feige stated that Black Widow is a lead Avenger, and she is an amazing character with a huge fan following, portrayed in an amazing fashion by Johansson. Feige claims that Black Widow definitely has plenty of her own stories to tell, and while Marvel Studios is primarily focused on the Phase Three movies set to arrive between 2016 and 2019 for now, Marvel is becoming increasingly confident in a Black Widow movie. Marvel Studios may have nothing to announce regarding such a project at this time, but at this point, it looks like it’s definitely a lot closer to happening than it was before. Feige previously stated that Black Widow, alongside Hulk and Hawkeye, seemed to be better served as a supporting character in other Marvel Studios movies at that point, and that’s why a Black Widow movie wasn’t being considered. Given his statements here, it would seem that the studio’s stance on the character headlining her own movie has indeed changed.

We’ll be sure to keep an eye on any potential developments with a Black Widow movie, so keep spying Eggplante for all major news and updates on Marvel Studios’ movie slate, and other big developments for the Marvel Cinematic Universe.