Surprisingly, Game of Thrones lightened up a bit this week, at least, by the grim standards of Westeros. While there was still plenty of brooding to go around, “Oathbreaker” represented some positive, uplifting character turns for several key personalities, particularly the Stark children, who take big steps forward in their respective plots, save for Sansa, who was absent this week.

One big highlight arc in this episode is definitely the storyline of Bran, who gets to enjoy another flashback to his family’s past, this time at the Tower of Joy. Here, we see a young Ned Stark take on Ser Arthur Dayne, recounting a particularly beloved tale of Ned’s fighting days during the rebellion of Robert Baratheon. Bran is surprised however to see that Ned doesn’t have the upper hand in the fight against Dayne, despite claiming to have deftly bested one of the best swordsmen in Westeros, and in fact, the only reason Ned wasn’t killed, is because one of his injured kinsmen stabbed Dayne in the neck, allowing Ned to strike him down. Clearly, this is a key mystery for Season Six, but the Three-Eyed Raven sadly yanks Bran out of the vision early, despite Bran being able to briefly get Ned’s attention in the past, or so it appears, after a mystery woman’s scream is heard from the tower. 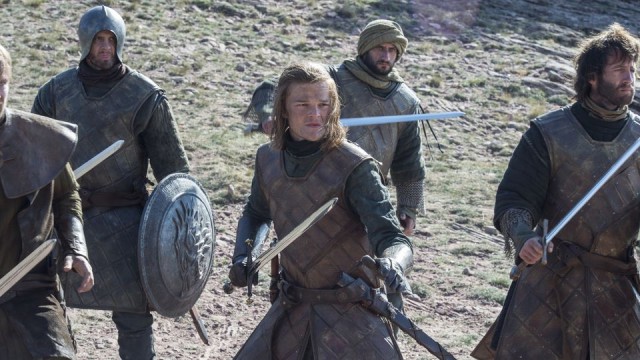 Speaking of young Stark boys, we also, after quite some time, got to reunite with Rickon Stark and Osha this week, albeit under grimmer circumstances. They find themselves back in The North after Ramsay meets with Smalljon Umber about the amassing of Wildlings by Jon Snow at The Wall, with Smalljon presenting the two as a gift of good faith, despite blatantly seeing through Ramsay’s false claim that Roose died from his enemies poisoning him. In order to prove Rickon’s identity, they present Ramsay with the severed head of his Direwolf (No! Not Shaggydog!), and Ramsay officially, “Welcomes” Rickon back to his home. Obviously, that can’t be good, especially with Ramsay having freshly seized Winterfell from his father during the previous episode.

Arya’s training also kicked up this week, and this led to another selection of standout sequences. Arya is challenged to remain No One, despite being beaten mercilessly by The Waif, and being promised rewards for admitting her name and lineage by Jaqen H’Ghar. Arya stays true however, and eventually learns to fight while blinded, eventually besting The Waif without sight. This leads to Jaqen taking Arya for a gift, which Arya initially fears, though after taking a drink from the pool, she has her eyesight restored! As interesting as it would have been to have Arya stay blind for the rest of the series, it’s very cool to see her faith and determination rewarded, especially as she rapidly approaches the pedigree of being a Faceless Man. Arya has always been one of the coolest characters on this show, and now that she can see again, it will be very interesting to see if she’s released from The House of Black and White to turn the tide of battle as the series approaches its climax over the next couple of years. 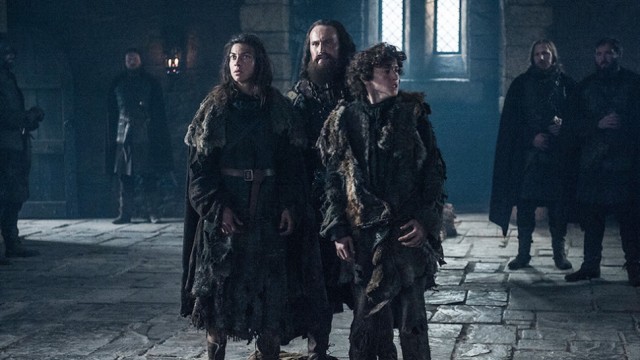 Of course, the show didn’t waste any time capitalizing on the revival of Jon Snow, who steps out in full view of the Night’s Watch and the Wildlings, with the latter in particular now worshipping him as a god. Jon is obviously disturbed by his death however, which was wonderfully illustrated by him admitting to Melisandre that, upon death, he saw nothing. This also came to a satisfying head when Jon is forced to execute the traitors that stabbed him to death, including Ser Alliser and Olly, seemingly knowing that there is no afterlife waiting for them. The best turn here however was Jon exploiting the fact that the Oath of the Night’s Watch only carries through to death, and since he died, he is no longer bound to The Wall.

The episode ends with Jon presenting his cloak to Edd, before leaving The Wall, seemingly for good. Jon has been at The Wall for pretty much the entire events of this series, so it naturally begs the question of where he’ll go, or what he’ll do now. Still, this will make for a great new direction for his character in Season Six, especially since Jon could become a more dangerous force than ever for Ramsay Snow now, especially if the Wildlings continue to follow him.

Considering how excellent the sequences with the Stark children were this week, it was a bit of a let-down to see most of the episode’s other storylines fail to keep pace. Some of them still presented interesting developments though, such as one finally offering the chance to check in with Samwell Tarly, Gilly and Little Sam, as they head for the Citadel. Since women are not allowed at the Citadel however, Sam tells Gilly that she and her baby will have to stay with his family. Gilly assures Sam that she will remain loyal to him, and that Sam must complete his training to be a maester, so that he can provide help for Jon in lieu of the late Maester Eamon. The dramatic irony of Sam not being aware of Jon’s death, nor his subsequent departure from The Wall, seems to immediately suggest that Sam’s quest to become a maester won’t go as planned, though something tells me that Sam will also remain most loyal to Jon, even if he may also make an enemy of the Night’s Watch in the process.

Unfortunately, the remaining storylines, namely for House Lannister and Daenerys, were kind of dull, and didn’t particularly go anywhere. Cersei and Jaime intrude on a meeting by the Small Council, and threaten the enemies that mocked Cersei as she was forced into her march of shame by the High Sparrow, but that’s about all. The two do appropriate Varys’, “Little birds”, revealed to be an information network of vagrant children throughout King’s Landing, sending them well beyond the city to completely get intel on Cersei’s enemies, but that’s all the forward momentum we really get with them. Even Tyrion openly admits that he’s bored and doesn’t know what to do in this episode, while Varys tries to figure out who’s funding the Sons of the Harpy, as Tyrion simply struggles to converse with Grey Worm and Missandei, who don’t really know how to relate to other people, to say the least. While these scenes with Tyrion were nicely funny, they didn’t really add anything to the episode, and could have just as easily been placed in a more eventful episode. 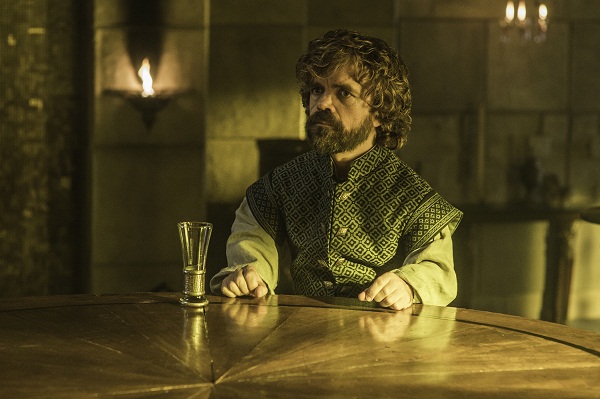 Likewise, Daenerys reaches Vaes Dothrak, and is thrown in with the other Dosh Khaleen, widows of the fallen Khals of the past, with her fate being decided by a meeting of the Khalasar, before they decide which cities to conquer next. While it was sort of interesting to see Daenerys meet the elder of the Dosh Khaleen, another woman who married a Khal that she believed would conquer the world with her, providing an interestingly old and weathered complement to the young Daenerys, the Daenerys storyline, like the Lannister storylines, didn’t really move forward this week. We already knew that Daenerys was going to be stashed with the other Khal widows, and as with Tyrion’s attempts at amusing Grey Worm and Missandei, this sequence could have been put in a more eventful episode for Daenerys, especially since her fate isn’t even being decided by the Khalasar in this episode.

Fortunately, the outstanding Stark plots kept, “Oathbreaker” soaring at this show’s usual high quality standard, even if the Stark storylines stood head-and-shoulders above the rest. It’s too bad that the Essos and Lannister plots weren’t more interesting or eventful, but at least contact with the surviving Starks by Winterfell, The Wall and Braavos kept those nations strong and moving forward in the story. With Jon leaving The Wall, Arya’s sight restored, and Rickon now being captured by Ramsay, the Stark family will probably still be the highlight of next week’s episode, though if we know Cersei and Tyrion, they don’t drag their feet for too long when it comes to getting results from a plan either.

Game of Thrones 6.3: "Oathbreaker" Review
The Stark children completely dominated this week's episode of Game of Thrones, with the other storylines ultimately failing to move forward in any noteworthy way.
THE GOOD STUFF
THE NOT-SO-GOOD STUFF
2016-05-09
87%Overall Score
Reader Rating: (1 Vote)
83%