Unfortunately, my worries with Fear the Walking Dead’s recent improvements have come to pass this week in, “Captive.” The show is back to its regular schedule of dull, disappointing storytelling, not to mention idiotic character decisions that force the bare-bones plot along when there’s no other meaningful way to do so. After the past couple of episodes looked to be improving Season Two, it’s very frustrating to have the show back to its all-too-familiar flaws this week.

Building off of the far more exciting events of last week, the survivors become separated when Alicia and Travis get rounded up by Connor’s crew, while Madison tends to the hypothermic Strand, as everyone decides what to do with the captured Reed. Yes, Reed apparently did survive his stabbing, leaving him a convenient opportunity to start provoking Chris, and making Daniel look like the bad guy to Ofelia, when every viewer and their dog knows that Daniel is one of the only characters in this series that consistently makes sense. 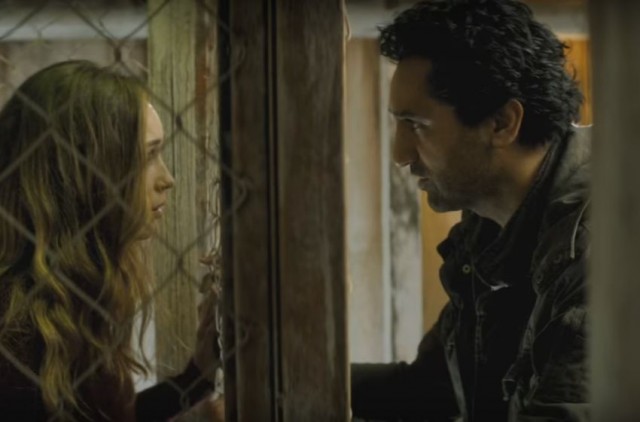 So, let’s get the obvious frustration with this episode out of the way; Several of the lead characters are back to being idiots. Chris especially suffered a serious case of stupidity this week, when Reed goads Chris into shooting him dead, right as Madison successfully arranges a trade with Connor for his captured brother. Great. So, in other words, the entire episode’s climax unfolded simply because Chris did exactly what he wasn’t supposed to do, because Daniel, in a rare lapse in judgment, thought that it was a good idea to let the angry, unstable teenager guard the one bargaining chip that the Abigail crew had with Connor. Seriously?

Of course, Madison’s plan isn’t much better, though at least she acted a bit more like a leader this week. Her insistence that Nick not be allowed to exchange Reed was a pretty telling moment, especially when she pointed out that Nick, like Chris, is possibly starting to enjoy the Walker apocalypse a bit too much. With Strand out of commission, Madison nicely rose to the task of keeping everyone together this week, and while the plan of disguising a turned Reed as a living Reed to hand over to Connor was pretty ill-advised, it did at least reflect a certain level of desperation that the survivors had, even if it was desperation created by Chris’ own rampant, contrived stupidity. 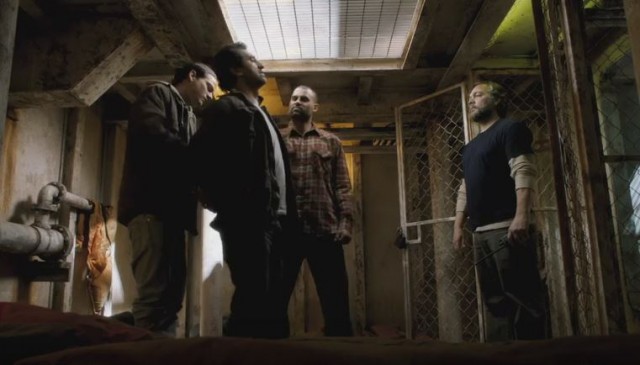 Alicia also had some pretty decent scenes this week, as she gets to know Connor’s operation, and bonds with Jack all the while. Alicia looks to be fitting in well at first, right down to secretly grabbing Jack’s gun when he’s not looking, though after the Abigail returns early, and Alicia believes that her family has actually been dumped overboard, there’s a brief scuffle… Before Jack admits that he doesn’t want to hang out with Connor’s crew any more than Alicia does. Um, ok? Why didn’t he lead off with that? Still, the idea of getting a decent chance to expand the ranks of the lead characters is alright, even if there’s not much to Jack’s character so far.

Similarly, Charlie returns… Oh, sorry, I guess her name became, “Alex” in the meantime for some reason, despite the fact that she was, “Charlie” in the Flight 462 webisodes. Anyway, Alex returns, now part of Connor’s crew, and her return also made for among this episode’s better sequences, as she talks to Travis about Strand cutting their raft loose. Alex being mad at Travis for this decision felt rather forced, but at least her recounting of her brother’s ultimate demise was nicely chilling, as was Travis having to admit to himself and to Alex that the Walker apocalypse is beginning to change him. This was a fairly decent way to have Strand’s actions come back to haunt Travis, though this might have meant more, had Connor not been so easily done in at the end of the episode. 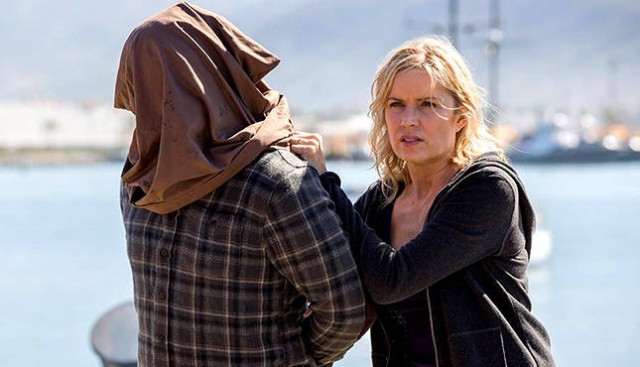 Yes, somehow, Connor can’t tell that the gnashing, roaring body of his brother has become a Walker during the exchange, which leads to him getting bitten, and Madison and Travis just barely escaping. Alicia also has to make a choice between her family and Jack, but, naturally, she chooses her family, and leaves Jack hanging, with everyone returning to the Abigail to resume their journey to Baja right as the episode ends. This was annoying, since Connor’s easy defeat made this entire episode a pointless filler offering, not to mention eliminated any prospects for recurring season villains, or Jack as a new ally for the group. Even Alex is just kind of left hanging, as the show sloppily forces the status quo back into place, and puts the survivors back on the trail of Baja, as if they’d never met Connor and his thugs.

The slow pace, combined with the ultimately inconsequential storyline, and the fact that the climax had to be so annoyingly forced, all led to, “Captive” being yet another infuriating misfire for Fear the Walking Dead. On top of being another tiresome filler episode, this week’s offering went back to making the characters dumber for the sake of pushing the plot forward, especially Chris and Connor, and simply went in circles and wasted time, as all of it becomes moot by the end. Part of me was hoping that Fear the Walking Dead would start finding its footing after its better episodes from the past couple of weeks, but it looks the show has yet again tripped all over itself. Maybe the continued journey to Baja will refocus and improve the show next week, but I can’t say that I’m holding my breath at this point, and I doubt that many other viewers are either.