The Last Man on Earth has just one episode to go before its second season wraps, and it looks like the lead ensemble is yet again going to be suffering another heavy loss to close out the season with. “Smart and Stupid” skewed more towards the grim, tragic element of The Last Man on Earth this week, as Mike begins suddenly coughing up blood at an alarming rate, leading to everyone suspecting that he’s caught the virus. Since Carol and Erica are both concerned about their babies, Mike is forcibly placed in a quarantine bubble, as everyone puts on HAZMAT suits and tries to figure out if they should abandon Mike, though Phil, predictably, isn’t having any of it.

While the humour didn’t totally keep pace with the sad story elements this week, this episode was still overall good, even if it largely just felt like a straightforward lead-in to next week’s season finale. Still, there were enough amusing moments to keep the episode within sitcom territory, such as Erica telling Mike about her surprisingly criminal past, and Todd having another outburst when he learns that Phil and Mike have eaten the last of the bacon without him. Finally, at long last, Erica’s become a semi-interesting character again too, as Mike is used to flesh out her character’s shocking former life, and a romance between the two even blossoms. It’s sweet, but considering that Mike could have a very short time to live, we probably won’t get much mileage out of this story turn for long. 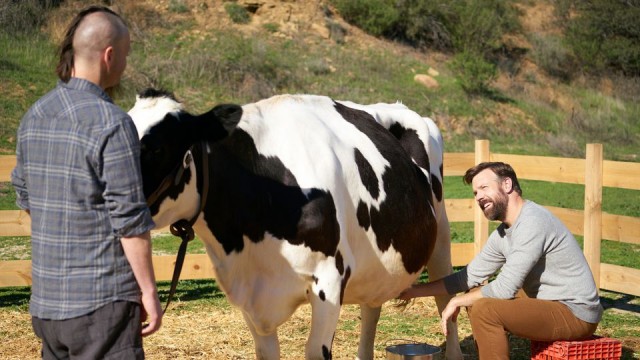 Similarly, Gail’s spotting of a mysterious UAV at the end of the previous episode doesn’t seem to go anywhere this week. She tries to tell the group that they’re likely being monitored somehow, but everyone just brushes it off as Gail drinking too much. This entire turn was primarily used to get Gail to try and quit drinking, which turns her into a cranky, tiresome chore to be around. This also made for a few decent funny moments, especially when Melissa comments in annoyance that she’s now, “Drinking for four”, but once the main Mike plot got underway, Gail’s development was pretty much abandoned. Similarly, Carol making a bunch of exaggerated claims about being pregnant is brought up for gags early in the episode, and they are funny gags, but these jokes fade fast once the sobering Mike crisis begins.

Considering the rampant silliness that Phil and Mike have shared together over the past several episodes, it made things all the more heartbreaking to consider that Phil might be losing someone else, and someone far closer to him than the other Phil Miller. Phil fends off the group and talks them out of abandoning Mike, and as Phil tries to stay with his brother as long as he can, it creates easily the most emotional, heart-wrenching ending for this show since its midseason finale, which claimed the life of the other Phil Miller. The moment where the two sing, “Falling Slowly” again was especially tear-jerking, since something that was formerly played for laughs is now equally effective as a tragic farewell. 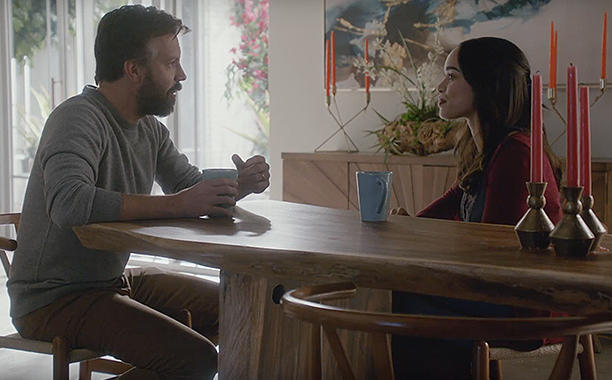 It does indeed seem to be farewell too, as Phil wakes up the next morning to find a note from Mike in the quarantine bubble, stating that Mike didn’t want Phil to have to say goodbye again. The episode ends here, as Phil’s loss is accelerated, though hopefully, this doesn’t lead into yet another return to Phil being lost and separated from everyone else. The show has started to figure out how to capitalize best on its lead ensemble throughout this season, and with Phil and Carol now expecting a baby, it wouldn’t feel satisfying to have Phil yanked from the rest of the group again for the end of Season Two next week, and the start of Season Three later this year. Still, with the group’s cow now dead, seemingly infected by the virus after Mike was milking it, things are looking bad.

All in all though, there isn’t too much to say about, “Smart and Stupid”, which was a serviceable penultimate episode for Season Two, though despite its effectively tragic conclusion, it was a somewhat unremarkable offering beyond that. The entire episode simply exists to lay the groundwork for next week’s season finale, which will probably be a strong way to end the season, if it can build on this plot to any degree, plus the season finale will no doubt conclude the likely exit of Jason Sudeikis from the show. It’s probably predictable that Sudeikis wasn’t going to stay on the series past this season, considering his busy movie schedule, but it’s still sad to see him go. Phil already lost his brother once, and having to lose him again right as his new family is about to begin has to hurt more than one could imagine.

The Last Man on Earth 2.17: "Smart and Stupid" Review
The Last Man on Earth offered a nicely tragic farewell-in-the-making this week, though beyond its poignant moments, the rest of the episode is fairly unremarkable.
THE GOOD STUFF
THE NOT-SO-GOOD STUFF
2016-05-09
74%Overall Score
Reader Rating: (0 Votes)
0%