It somewhat came down to the wire, but CBS has now given confirmation that Supergirl will be returning for a second season later this year!… Mostly. 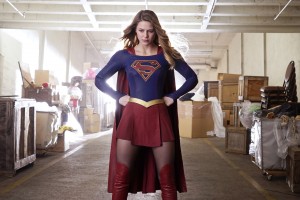 As rumoured, the show will no longer be hosted on CBS next season. Instead, the series will be moving to subsidiary network, The CW (which will also move its shooting location to Vancouver instead of California), which is co-owned between CBS Corporation and Warner Bros. This is believed to be because the cost of producing Supergirl wasn’t being made up in the ratings in later points of Season One, which are higher than most syndicated shows on television at present, but around the middle end of CBS’ ratings counts, despite the show debuting as the #1 most viewed series of the 2015/2016 season in its first pilot episode last year.

By moving Supergirl to the smaller-scale CW network, Warner Bros., CBS Corporation and DC Entertainment hope to better take advantage of the show’s current ratings count, which, objectively, is higher than the trio of DC shows currently being hosted on The CW, Arrow, The Flash and Legends of Tomorrow, all of which share a larger canon with each other in the ‘DC Television Universe’, or ‘Arrowverse’. The Flash crossed over with Supergirl at the end of this past March as well, establishing that Supergirl unfolds in a parallel universe to that series, as well as Arrow and Legends of Tomorrow, effectively existing as part of a ‘DC Television Multiverse’, which may also host the entirely disconnected FOX series, Gotham, and NBC’s upcoming and similarly self-contained DC-themed sitcom, Powerless. It’s currently unknown whether Supergirl will continue to inhabit its own self-contained dimension upon moving to The CW, or whether the writers will find an excuse to somehow merge the Supergirl universe into the same shared universe that Arrow, The Flash and Legends of Tomorrow already inhabit.

Supergirl stars Melissa Benoist as Supergirl, a.k.a. Kara Danvers, the cousin of the famous Kryptonian superhero, Superman. At the age of 24, a spectacular accident spurs Supergirl to reveal her extraordinary abilities to the world, though this also puts her on the radar of the DEO, a government organization designed to monitor and stop extra-terrestrial threats, which Kara’s adopted sister, Alex Danvers also happens to work for. Balancing a demanding work life as the mousy assistant to media queen, Cat Grant, a personal life with her best friends, geeky Winn Schott and cool James Olsen, and her duties to the DEO with Alex, alongside no-nonsense DEO boss, Hank Henshaw, Supergirl struggles to break out of her famous cousin’s shadow to protect National City as a heroine in her own right.

In other CBS-related news, the network recently secured a belated renewal for their long-running crime procedural, Criminal Minds, which will return for a twelfth season this Fall, despite the network renewing almost all of their veteran shows several weeks beforehand. CBS also cancelled the other veteran series to not receive a renewal yet, CSI: Cyber, which will end after its current second season. 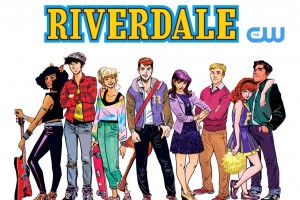 Finally, CBS confirmed on The CW end that The CW would be picking up Archie Comics-inspired drama series, Riverdale as a new show for next season, alongside time-themed movie-inspired drama, Frequency, and romance-themed sitcom, No Tomorrow. The CW did officially cancel Containment however, even if it was billed as a limited series anyway. Previously, The CW gave renewals to all of their current primetime shows (Containment hadn’t begun airing at that point), so it’s unknown where Supergirl and the three new shows will be featured on the CW schedule next season. If Supergirl keeps its Monday 8:00-9:00 P.M. timeslot from CBS on The CW, it will be displacing cult musical dramedy series, Crazy Ex-Girlfriend, effectively giving The CW a DC show as an opener on all four major television weekdays. In that case, it’s likely that Crazy Ex-Girlfriend will move to Fridays, as a potential replacement for The Vampire Diaries, which will possibly be getting a shortened season beforehand, as its upcoming eighth season will allegedly be its last, according to a lead actor.

Keep flying to Eggplante for all major news and updates on Supergirl, and other developments with DC’s television shows.