UPDATE: FOX has released a new trailer for their televised remake of, “The Rocky Horror Picture Show” that claims it’s targeting an airdate this October, in time for Halloween.

As the Upfronts continue, following NBC revealing their Fall 2016 primetime TV schedule yesterday, FOX has now announced the timeslots for their own confirmed Fall 2016 shows today. Not only that, but the network has even apparently put together its midseason schedule for 2017, and, unlike NBC, went ahead to announce that as well! 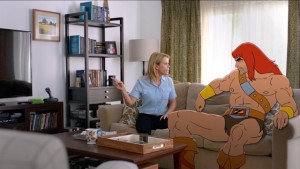 Part of the reason why FOX might have already organized a midseason schedule is because their Fall schedule has largely been left alone from where it stands at the end of this season. The only alterations made are to compensate for FOX’s considerable array of cancelled shows from this season, which have the network largely sticking to what works, and taking a page from NBC’s book, in that they’re saving several of their big hitters to debut during midseason early next year, with the movie-adapted Lethal Weapon probably being the network’s biggest new Fall series. FOX does seem to have at least a bit more courage than the purely defensive NBC during the front half of Fall however, where it’s positioning some bold new shows like Son of Zorn, about an 80’s-esque animated barbarian hero struggling to reconnect with a live-action family, and horror movie-adapted series, The Exorcist on its Friday nights.

With that said, let’s take a look at where FOX’s shows are being positioned for the Fall and midseason:

Notably, FOX looks like they’re going to have lots of irregular episode orders for new shows especially this season, and probably even some veteran shows, since their midseason schedule completely shuffles new programming, and that’s before the added wrinkle of Scream Queens only airing in Fall, and Bones having a shortened final season, with FOX previously confirming that Bones will air its final episodes in 2016. Sleepy Hollow is even being completely held for midseason this year, where it will take over the timeslot of The Exorcist, a new pitch that FOX seems to be kind of skittish about, since it’s stuck on Friday nights, where it’s fairly likely to end up with poor ratings and an early cancellation, especially considering that Hell’s Kitchen is a pretty strange lead-in, even if MasterChef Junior makes just as little sense as a lead-in to Sleepy Hollow. 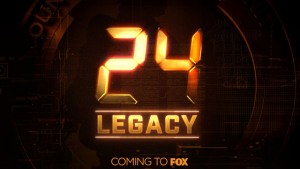 Once again, FOX seems to be giving several of their especially beloved shows like Empire and Gotham extended midseason hiatuses to accommodate new shows to test in the early months of 2017 as well, and even anticipated new sitcom, Son of Zorn will entirely wrap in the Fall apparently, so that FOX can test another new comedy series, Making History, in place of Brooklyn Nine-Nine’s old 2014/2015 timeslot, with the network still trying to hold Brooklyn Nine-Nine on Tuesdays, despite the hit that it took in viewership as a result.

Curiously, 24: Legacy, one of FOX’s most anticipated midseason shows, seems like it’s going to have a short debut season, as it’s merely temporarily hanging out in Gotham’s timeslot at the start of 2017 before FOX’s hit DC Comics drama returns, with both Gotham and Lucifer likely not returning in 2017 until around the start of March. That said, positioning the Prison Break revival event in the former timeslot of Bones feels like a good choice, especially since the high-rated Rosewood will give it a solid lead-in on Thursday nights, and the midseason placement should allow plenty of time to film around Wentworth Miller’s and Dominic Purcell’s rather large DC Television Universe contracts with The CW.

Thus, let’s take a look at FOX’s midseason schedule for 2017:

Wow. That 2017 midseason schedule is quite the difference! While Sundays have largely been left alone, beyond Son of Zorn being swapped out for time travel-themed sitcom, Making History, plus FOX has still banished Sleepy Hollow to its Friday cult slot during midseason, the rest of FOX’s midseason schedule is pretty messy and hard to keep track of. There’s a slight sense of FOX trying to throw a bunch of things at the wall and see what sticks at the start of 2017, which seems to reflect FOX’s rough midseason half this year, where everything except Lucifer ended up getting the axe, and even FOX’s high-profile sitcoms from last Fall, Grandfathered and The Grinder, both ended up on the chopping block.

It seems likely that FOX will yet again end up quickly cancelling a good chunk of their shows that are set to debut in 2017, since not all of these pitches are bound to take off. 24: Legacy probably won’t have much trouble finding an audience, and nor will FOX’s Prison Break revival event series, but why does 24: Legacy have to temporarily mooch Gotham’s timeslot? Why is Brooklyn Nine-Nine returning later in 2017 after a hasty wrap-up for New Girl to attempt three new Tuesday shows? I know that FOX is hurting after cancelling almost every new show that they attempted to debut in 2015/2016, but damn. 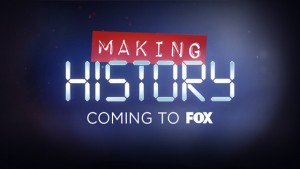 It also feels a lot like FOX is trying to reverse-engineer another Empire to further raise their ratings, and this is most evident with Star, a very similar music-themed drama from the same creator. This feeling also smacks a bit within minority-skewing dramas like Pitch, about the first female Major League Baseball player, and Shots Fired, about the fallout of racially-motivated murders in a Southern community. APB also feels like a pretty ho-hum police procedural that attempts to make the overdone genre hip and modern all over again, and My Kitchen Rules is more or less an excuse to groom yet another cooking competition show, which FOX already has more than one of.

Then there’s FOX’s re-imagining of The Rocky Horror Picture Show, which the network seems to be sitting on until one of their midseason pitches is inevitably cancelled early in 2017, no doubt in hopes of making another impromptu Grease: Live-style hit. Truth be told, FOX’s big midseason sitcom pitches, Making History and The Mick, with the latter being about an under-handed scoundrel having to raise a sibling’s spoiled children after the parents try to flee federal fraud charges, sound a lot more interesting than their midseason dramas, but we’ll have to wait and see how things turn out. It’s doubtful that there’s much confidence around Kicking & Screaming though, which even FOX doesn’t want to put too much support behind, given the network’s flopped reality pitch, Utopia from 2014, and the fact that there’s still a huge decline in demand for new reality shows in general, at least on the major primetime networks.

Keep tuning in to Eggplante for all major news and updates on FOX’s primetime TV schedule.