Following NBC revealing their Fall 2016 television schedule, and FOX revealing both their Fall 2016 and midseason 2017 schedule, ABC has now confirmed their own primetime television schedule for the coming season today. As with NBC, ABC has only announced the Fall 2016 lineup so far, leaving their midseason 2017 schedule to be decided later. Already though, there’s a few noteworthy changes to veteran shows’ timeslots and days in the ABC lineup, due to the heavy amount of shows that the network cancelled over the past several days. 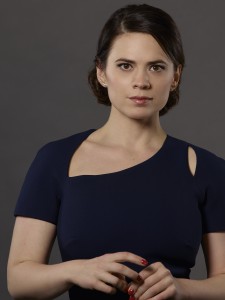 The most noticeable change to ABC’s upcoming primetime schedule for this Fall is that they’re grooming a second comedy bloc for Tuesdays, and relying more heavily on sitcoms in the middle stretch of the week, to fill the vacuum of dead shows like The Muppets and Of Kings and Prophets. Modern Family, Black-ish and The Goldbergs are staying put on Wednesdays (beyond The Goldbergs moving to a new timeslot), though The Middle is now joining Fresh Off the Boat on Tuesdays, with a stretch of Tuesday sitcoms leading into Marvel’s Agents of S.H.I.E.L.D., which has now vacated its 9:00-10:00 timeslot for Fresh Off the Boat and The Real O’Neals, to be bumped back further, to 10:00-11:00.

This move back to a riskier 10:00-11:00 timeslot might be met with alarm by Marvel fans, especially after the network cancelled Agent Carter, and passed on attempted spin-off, Most Wanted, but ABC’s new president, Channing Dungey has alleviated fears that ABC is moving away from the Marvel brand. Dungey claims that the opposite is actually true, and that the network is looking to embrace a fresh and exciting slate of new Marvel shows over the next several years. The reason behind the move to 10:00 for Agents of S.H.I.E.L.D. was simply a logical business choice, due to the network’s increased count of sitcoms, and is also a reflection of the fact that ABC wants the show to keep going darker in the coming seasons, which is more prudent when the show is in a later timeslot, past many childrens’ bedtimes. 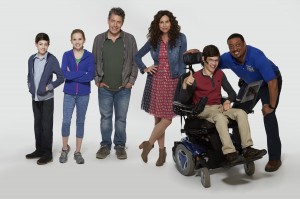 Dungey has already met with Marvel Comics publisher, Dan Buckley to discuss future Marvel shows, where she claims that Marvel and ABC are kicking around several ideas for shows that they’re quite excited about. We already know that one of these ideas is half-hour sitcom, Damage Control, which Marvel announced as competition for NBC’s DC Universe-themed sitcom, Powerless, though Dungey didn’t comment on the status of Damage Control, despite NBC recently confirming that Powerless will officially begin airing at the start of 2017. It’s anyone’s guess what the rest of the Marvel pitches might involve, but the bottom line is that ABC has no intention of pulling out of the Marvel Cinematic Universe, so fans can rest easy.

Beyond that, the ABC schedule looks to be in pretty good shape for this Fall at least, having a great mix of old favourites and fresh, exciting new content, even with so many shows like Castle, Agent Carter, The Muppets and Galavant all getting the axe recently. As it stands, the ABC Fall schedule for 2016 is as follows:

Keep tuning in to Eggplante for all major news and updates on ABC’s primetime television schedule.