Nintendo is continuing to expand beyond the realm of video games, which the company’s latest president, Tatsumi Kimishima seems very keen to do in the coming years. Speaking to Ashai News today, in a scoop that was translated by Kotaku, Kimishima confirmed rumblings that the Big N was looking to get into the movie business, and in fact, the company hopes to self-finance their own movies over the next few years! This was apparently their main reason for selling off their majority stake in the Seattle Mariners as well, to accrue the necessary capital for a new in-house film studio.

According to Kimishima, Nintendo’s, “Creative Fellow”, Shigeru Miyamoto, is already involved in early planning for a Nintendo feature film, after Miyamoto made several short films inspired by his Pikmin franchise recently, and also made an animated short to promote Nintendo’s newest Wii U release, Star Fox Zero. Kimishima also states that the first Nintendo movie project will involve an IP that most people around the world know and recognize, but it’s apparently not Mario. On that note, addressing 1993’s infamous and widely-hated live-action Super Mario Bros. movie, Kimishima then went on to stress that Nintendo isn’t looking to make live-action movies, and would instead prefer to do animated movies in the style of Disney/Pixar.

While Kimishima doesn’t outright clarify this, it would seem likely that Nintendo is looking to entertainment juggernaut, Marvel for inspiration in how to best leverage their IP’s in the film space. It goes without saying that Marvel has had enormous success since they began self-financing their own movies with their Marvel Studios outfit, which birthed the Marvel Cinematic Universe with the release of Iron Man and The Incredible Hulk in theatres in 2008, and led to Disney acquiring Marvel as a whole for several billion dollars in 2009, then quickly making the money back and thensome, as the Marvel Cinematic Universe movies have currently collectively grossed over $10 billion worldwide. Marvel’s shared movie universe (which its live-action television shows also share canon with), currently holds the record for the most commercially successful film franchise of all time, ousting Harry Potter from the spot in 2014. That’s not even counting Marvel’s comics, toys, video games, television shows, and other projects that are also generating quite a big chunk of change for the House of Mouse these days. Unlike Marvel however, it’s doubtful that Nintendo would want to link all of their IP’s in one shared movie universe, given that most of them have highly distinct backdrops and separate universes of their own. 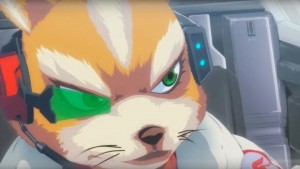 It’s worth noting that, aside from the ill-fated live-action Super Mario Bros. movie and the Pikmin and Star Fox shorts, Nintendo has seen loads of Pokemon movies hit theatres in Japan and in the West since the late 90’s, even if they’re offshoots of the Pokemon anime television series rather than the games. The Big N was also once deliberating working with action director, John Woo on a live-action Metroid movie in the mid-2000’s, though the project never got off the ground. Before Kimishima took charge, Nintendo was extremely skittish about making movies from their IP’s, after the debacle of the Super Mario Bros. movie (excluding the many Pokemon anime movies, obviously), though given that Kimishima has given the green light to Nintendo-themed attractions at Universal Studios theme parks, Nintendo-made movies seem like a logical next step.

Keep reeling in Eggplante for all major news and updates on Nintendo, and any potential movie developments for them.