The Upfronts of 2016 continue for the television industry today, and now, it’s CBS’ turn. CBS has been in a rather interesting position lately, particularly with word coming down that they wish to groom their own digital subscription service for original content in the coming years, but for now, they’re staying in the realm of syndication, alongside FOX, NBC, ABC and The CW. 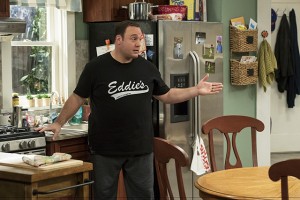 Along with confirming return dates for the network’s many favourites, such as The Big Bang Theory, NCIS and its spin-offs, Criminal Minds (though, curiously, its own spin-off appears to have been benched for now), Elementary and Blue Bloods, CBS also commented on the move by Supergirl to sister network, The CW, which CBS Corporation co-owns with Warner Bros. CBS claimed that negotiations to move the series to The CW were already underway before the show’s debut season had wrapped, and even if The CW hadn’t agreed to take it, CBS still might have picked the show up for a second season. Regardless though, CBS feels that Supergirl has found the right home on The CW, where it can join fellow DC shows, The Flash, Arrow and Legends of Tomorrow in a higher capacity, especially since Warner Bros. is the proper owner of the show anyway, due to Warner Bros. being the parent of DC and its subsidiaries. CBS also didn’t rule out hosting another superhero series in the future, whether from DC, or from an original concept.

CBS also commented on the still-unknown status of movie-inspired procedural dramedy, Limitless, which the network isn’t renewing, but also isn’t cancelling for now. CBS is currently shopping the show to other networks, and reportedly has interested buyers (several scoopers claim that Netflix is among the interested parties), so whether or not the show goes on depends on whether CBS can work out the right deal, as CBS would remain involved with the series in some capacity, due to developing the show in-house. Some may wonder why CBS is bothering with keeping Limitless going, or at least trying to, especially after its ratings decline later in its debut season, but the show has received quite a bit of love from critics, and has a devout following of fans, so while there’s no room for it on CBS’ 2016/2017 schedule, CBS doesn’t want to throw the baby out with the bathwater, much like in deciding the fate of Supergirl, a show with its own devout following, especially since Limitless is a rare procedural that successfully caters to the coveted 18-49 audience.

In any case, CBS’ Fall 2016 primetime TV schedule will once again be shuffled after the conclusion of Thursday Night Football in October, so timeslots will list both the former and latter shows that may be occupying certain slots before and after the Thursday football run concludes.

As you can see, there’s been quite a few shuffles to CBS’ lineup, even if the Wednesday programs and most of the Friday programs have been left alone. There’s a few vacuums being left by the conclusion of shows like The Good Wife and CSI: Cyber, plus Supergirl’s move to The CW, Limitless being stuck in limbo, and shows like Angel From Hell and Rush Hour failing have left quite a few holes that need filling in the Fall, let alone midseason.

Most conspicuous is CBS appearing to be emboldened by the success of their single-camera sitcom, Life in Pieces this season, which has them attempting to groom an entire second comedy bloc on Mondays. The Big Bang Theory will once again lead that bloc during Thursday Night Football’s run on the network, with new sitcom pitches, Kevin Can Wait, and later Man With a Plan, then being given high promotion as lead-ins for steady mainstays, 2 Broke Girls and The Odd Couple, which once again serve as lead-ins to youthful drama, Scorpion, with The Odd Couple finally not being held for midseason this time. On the flip side however, to accommodate the new rush of comedies on Monday, several of CBS’ sitcoms are spending an extended period of time on the bench before assuming their regular Thursday slots in late October, namely Mom and Life in Pieces, despite all of the success that Life in Pieces especially found this past season. New sitcom, The Great Indoors is also being held until it can piggyback off of The Big Bang Theory when it moves back to Thursdays, with Man with a Plan also waiting until October to utilize Kevin Can Wait as a lead-in, while another new drama, Pure Genius, takes Elementary’s old late night Thursday slot afterward.

Elementary now seems to be firmly planted on Sundays, where it joins a new timeslot for Madam Secretary, and an entirely new day for NCIS: Los Angeles. Hawaii Five-O and Blue Bloods also appear to be lingering on Fridays, where they’ll likely continue primarily appealing to older viewers, though placing the new MacGyver reboot as an 8:00-9:00 lead-in feels like an odd choice, as if the network doesn’t have much confidence in it, and is primarily banking on nostalgia. 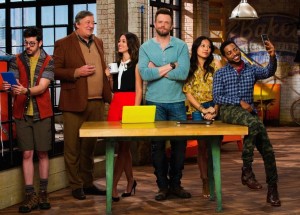 Truth be told, the only new drama that the network seems to be pushing with any degree of enthusiasm in the Fall seems to be Bull, which gets a nice cozy spot between NCIS and NCIS: New Orleans on Tuesdays. Even during midseason, CBS merely seems to have a Training Day sequel series and yet another legal drama, Doubt waiting in the wings for dramas, suggesting that CBS is really looking to lighten up this season, possibly because the network is overcrowded with procedural dramas, and CBS knows that they can’t launch a streaming platform on the back of a genre that most younger viewers tend to turn their noses at, beyond exceptions like The CW’s iZombie, FOX’s Lucifer and CBS’ Limitless. It’s not often that you see CBS go all in on comedies over dramas, but that speaks to the strange times for television that we live in.

Keep tuning in to Eggplante for all major news and updates on CBS’ programming schedule.