NOTE: Spoilers from throughout the second season of “The Last Man on Earth” are present in this review

The Last Man on Earth took the show to a new location in its sophomore season, that being post-apocalyptic Malibu, though Phil and Carol weren’t participating in the fun right away. Once they returned to the group however, the show’s former dynamic from Season One went to lots of new and exciting places, making Season Two feel like an even fresher and more interesting spin on this concept than Season One was, especially with so much more clever balancing of both comedic and tragic elements.

Early in the season, the show took a bit of time getting into that special groove, especially since it had to reunite Phil and Carol with everyone else in the first couple of episodes, after they wandered off at the end of Season One. Fortunately, one hilariously brief Will Ferrell cameo later, the show started getting to work undoing Phil’s more unlikable side from the first season, with Phil bending over backwards trying to get back in everyone’s good graces during most of the season’s front half. This mostly resulted in very funny storylines, especially when the group puts together new rules in Malibu, namely by including a stockade for punishing people, which Phil quickly finds himself in, even spending an entire episode in one at one point! 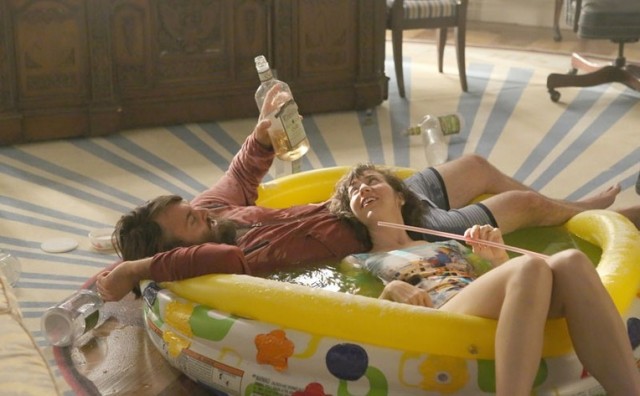 The show’s simple-minded fun worked well enough in the front half of the season, which placed the comedy above all else, to pretty good effect. At the midseason finale however, the series started to take a shockingly dark turn, as the other Phil Miller begins to suffer from appendicitis, and Gail, the closest thing that the group has to a doctor, is predictably unable to save him. The midseason finale in particular was one of the best on all of television this season, let alone among sitcoms or FOX shows, as the episode, “Silent Night” had a fantastic cliffhanger that left the show hanging on a nicely grim note, despite the fact that it’s supposed to be a sitcom. It’s sort of a shame that FOX benched the show indefinitely at the start of 2016, to make room for failed Seth MacFarlane sitcom, Bordertown, but by March, The Last Man on Earth was back, and the fallout from the other Phil’s death was very apparent.

This was a huge turning point for the series, and one that it pulled off with aplomb. The loss of the other Phil left the group more scared and vulnerable, as their strongest and most capable and reliable survivor was now suddenly dead, basically at random. This heightened air of anxiety and unrest surprisingly worked to the benefit of the comedy as well, as it drew attention away from the original Phil Miller being a childish buffoon, something that started to grate by the end of Season One, and instead re-focused the series on how much the tough times were bringing the group together. This was also very important on account of the fact that Erica had become pregnant via the other Phil, shortly before he died, requiring that the group band together to restart society with a new hope, in the form of Erica’s child. 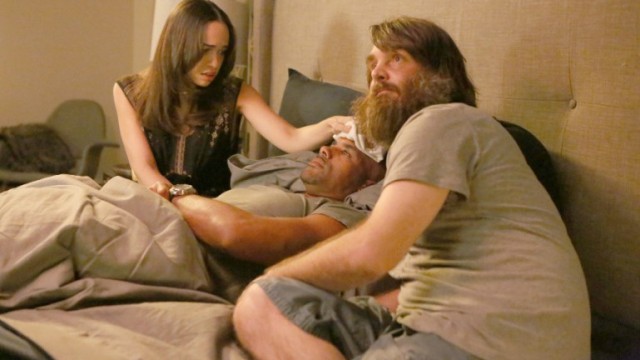 The season’s back half really came with an outstanding character focus, with lots of great ideas for the lead personalities. Truth be told, the season’s front half didn’t focus on many of the characters to as effective a degree, with the most memorable story elements being Todd hoarding bacon, and the two Phil Miller’s perpetuating a rivalry that was pretty standard stuff as far as sitcoms go. In the back eight episodes of 2016 however, The Last Man on Earth seemed to benefit from its extended hiatus, leading to generally stronger and more interesting character plots, such as Carol wanting to conceive her own child with the surviving Phil, Melissa beginning to suffer anger issues, Gail fighting through a drinking problem, and Todd starting a love triangle with Gail and Melissa. Only Erica seemed to be lost in the shuffle in the season’s back portion, and frankly, it felt like the show didn’t really know what to do with her once the other Phil had died. Hopefully, that changes in Season Three.

Another big new personality was introduced this season to boot, in the form of Jason Sudeikis’ recurring guest character, Mike Miller, the brother of the original Phil Miller. Stranded in space and only able to talk to a bunch of hookworms, Mike spent the entire front portion of the season floating in a space station, as the clock gradually ticks down to his inevitable descent back to Earth. In the back portion of the season, Mike does make it to Earth, encountering another, rather dangerous survivor in the midseason premiere, which sets up a tease for Season Three, though after that, he reunites with Phil, and meets the other characters in Malibu. 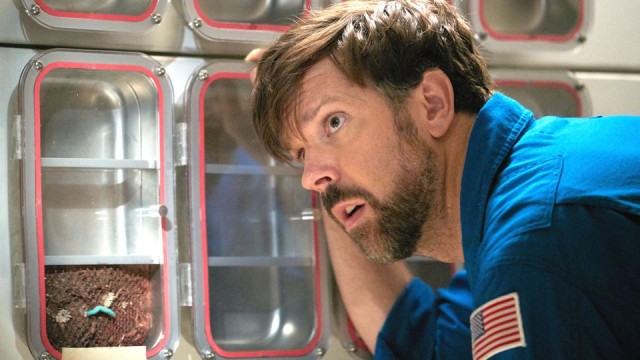 Mike was a superb new personality, and gave the show more emotional weight and gravitas than it has ever previously managed. Mike was a more dramatic character when he was on the space station for the most part, but once he reunites with Phil, he really came into focus as the show’s best way to balance dark comedy and emotional tragedy. The initial prank war between Phil and Mike, who didn’t part on the best of terms before Mike went up into space, was pretty amusing, though this eventually gave way to a surprisingly tragic twist with Mike, who begins to show symptoms of the virus that wiped out humanity towards the end of the season.

This climactic hook for The Last Man on Earth’s second season was fantastic, as the rest of the group tries to quarantine and run away from Mike, but Phil refuses to abandon him. Phil even follows Mike all the way to Tucson in the season finale, which results in a very emotionally-charged story that has the two brothers making their final peace with each other, as Phil finally accepts that Mike is going to be gone for good this time, and there’s nothing that he can do to change that. The show did ultimately wimp out of fully killing off Mike, leaving some possibility for Sudeikis to return to the series in some form in the future, but this was nonetheless a great way to wrap up the reunion of the two Miller brothers that largely founded the back portion of Season Two’s episodes. It got all the better when the survivor that Mike encounters manages to find his way to Phil’s group in Malibu, presenting a very exciting ending cliffhanger for the season.

The Last Man on Earth may have suffered diminished viewership in its second season, but the quality of the second season really had the show coming into its own in new and interesting ways. After its midseason debut last year, it feels like The Last Man on Earth has really found its groove now, and has started to better capitalize on its fuller lead ensemble, beyond Phil’s shenanigans while wandering the desolate, mostly un-populated planet. The dark, tragedy-fueled comedy stylings still won’t strike a chord with everyone, but this series still stands as one of the most surprisingly great cult sitcoms on television right now. Even with the darker elements, the show continues to provide an effectively upbeat look at the end of humanity, and how there are always some of us who will persist on, even as the worst is happening to them.