While Naughty Dog has officially wrapped up Uncharted 4: A Thief’s End in a nice little bow, the team is not done with adventure making in Nathan Drake’s world just yet.

About two months ago, programmer and creative director Neil Druckmann has said that the studio wasn’t quite sure which path the single-player downloadable content would travel, noting that it would likely be in a similar vein to The Last of Us‘s DLC, Left Behind.

We’ve got a few ideas as to which route the additional storyline could take, so be sure to let us know which you’d like to see most, and which you’d actually expect, assuming they’re different.

Perhaps the most obvious choice given Naughty Dog’s penchant for making a young girl the subject of its follow-up to a story with a badass killing machine, having Elena and Nathan’s daughter Cassie be the focus of Uncharted 4 DLC would be an interesting diversion for the series. The new story would likely need to take place far in the future for Cassie to have an adventure worthy of the Uncharted name, especially considering she only finds out about the craziness of Nate’s adventuring in the epilogue of A Thief’s End. 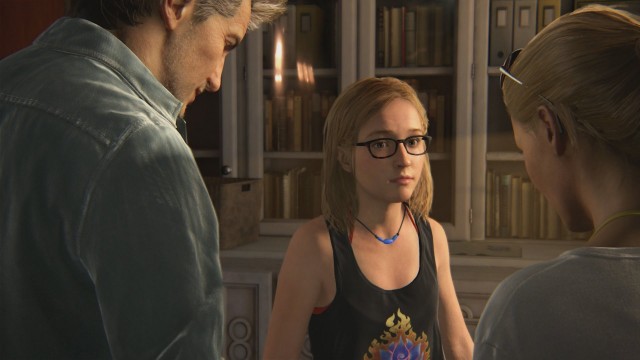 This direction for the story would likely be less about shooting people–we really hope Naughty Dog doesn’t make Cassie into a Lara Croft-esque mass killing machine–and much more about the adventures that we know from Nate and Sully, though to a much less risky extent. We can picture Cassie doing some rock climbing, grappling, and some scuba diving for lost ocean treasure much like her father does. In fact, it would be really nice to see a series of unique gameplay that we haven’t seen from the series yet. Scuba diving is a new one this time around, so perhaps expanding on that mechanic while adding in flying a small bush plane, for example.

This isn’t likely to be the route Naughty Dog takes if only for the fact that Druckmann has already said that the ending to Uncharted 4 “is very conclusive, and we don’t want to play with that too much.” It would also make future storylines within the Uncharted franchise more challenging as speculation around future games has largely revolved around Cassie and taking on her father’s adventuring role as she gets older.

There’s a lot to be said for the relationship between Sully and Sam throughout A Thief’s End. Many expected the two to have a much more abrasive relationship, but its evolution makes it that much more viable to see them working together down the road.

This storyline would likely be very similar to what we’ve come to know as traditional Uncharted: taking control of a treasure hunter while a fellow adventurer follows along. This route could see gamers playing as both Sam and Sully, alternating between perspectives and timelines, something Naughty Dog is known for in the Uncharted series.

We can’t help but imagine this DLC would be very similar to Uncharted proper, which for some fans would be a good thing, but for those with a more creative interest, wouldn’t likely be pushing the bar too much. For a team that calls this their last Uncharted, we’d like to see them go out with a very unique bang.

Taking control of Nathan’s wife Elena would potentially make a lot of people happy because she hasn’t been playable in Uncharted since a few small sections in the franchise’s first title. It’s very difficult to see how this would go, as Elena was dead set against Nate’s adventuring in A Thief’s End, and it wouldn’t be very believable to see her reverse course. 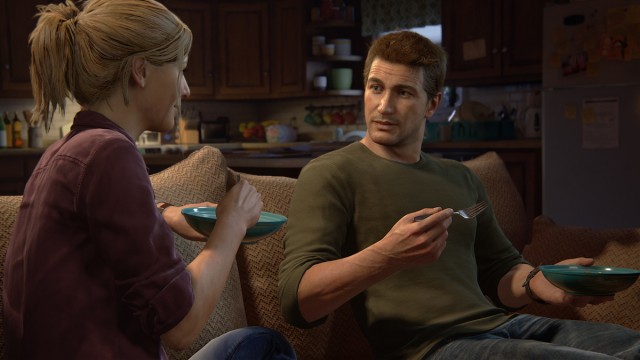 What does make sense is if Elena were to share a similar story to what Cassie’s could be, including the potential for new gameplay mechanics. It may even make sense to see Elena and Cassie play off each other, with their mother daughter relationship being tested as the franchise takes on two strong female leads for its DLC. Doing so would not only be a unique take on the series, but also a unique take in general, as the exploration of this dynamic relationship is rare in video games.

While not necessarily what most might expect from additional content for Uncharted, it would certainly be a unique take on the franchise while offering insight into deeper character development, perhaps setting the stage for whoever takes the franchise over in the future.

We’re hoping that Nathan isn’t the one to return in the expanded fiction of Uncharted, if only because we’ve played as him through the bulk of four experiences. Not to take anything away from the stellar gameplay that Naughty Dog has developed thus far, but they have a bunch of creative minds that could do much more than send Nate back to the open world with his gun and keen eye for puzzle solving.

We expect to know just what the game’s DLC entails at Paris Games Week in October. There likely isn’t enough development so far (Druckmann said in April that they don’t have an idea worthy of DLC just yet) to put together a gameplay or trailer demo in time for E3 2016 next month, but with five months until Paris’s show, Sony might be able to dominate the conversation around Uncharted this holiday season. It may even be wise for Sony to show something at Gamescom in August. Despite not having much to show in previous years, opting instead for the French showcase, if Sony has the first news about Uncharted at Gamescom, they may be able to steer the conversation away from Microsoft while they announce and show off their latest titles.

What do you think will happen in the expanded Uncharted universe, and when do you expect we’ll find out?