Microsoft has revealed the four free Games with Gold offerings that will be available to redeem for Xbox Live Gold members this coming June. These include Goat Simulator and The Crew on Xbox One, and Super Meat Boy and XCOM: Enemy Unknown on Xbox 360. 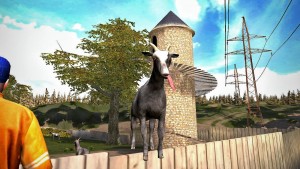 Goat Simulator is a physics-based joke game where players take control of a goat, and take part in all sorts of zany, destructive activities. The possibilities in Goat Simulator for mayhem are endless, right down to the bizarre glitches that the developers intentionally left in the game! The game has been fairly divisive among critics and the community, with some praising its goofy sandbox-style gameplay, while others took issue with the game being all hype surrounding a game that was mostly comprised of bugs. Goat Simulator is also available on PC, Mac, Linux, iOS, Android, Xbox 360, PlayStation 4, and PlayStation 3.

The Crew is an online-based open-world racing game, replicating a large-scale map of the United States, which players can speed through in a variety of cars. Undertaking events, developing their stats, and building their ‘crew’ of cars, The Crew aimed to create the deepest and most social racing game experience in the history of the industry for genre enthusiasts. The game did so however with mixed results, as reviews were pretty lukewarm, praising the immense depth and large-scale world, though criticizing the technical and server issues, greedy microtransactions and clumsy navigation. The Crew is also available for PC, PlayStation 4 and Xbox 360.

Super Meat Boy is among the most infamous indie games yet released, being about the titular character as he races through hundreds of ultra-punishing levels in hopes of rescuing his true love, Bandage Girl from the evil Dr. Fetus. The game boasts simple controls, but very uncompromising level designs, making it one of the hardest games in the entire Xbox 360 library! Super Meat Boy received universal acclaim upon its initial release in 2010, where it landed on Xbox 360 after being initially planned, and eventually cancelled for WiiWare. Critics praised the game’s addictive challenge and cruel, but clever level design, along with its superb soundtrack and retro chic style. Super Meat Boy is also available for PC, Mac, Linux, PlayStation 4, PlayStation Vita, Android, and Wii U. 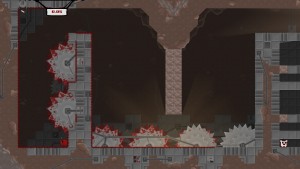 XCOM: Enemy Unknown is a re-imagining of the original XCOM: UFO Defense from 1994, a turn-based strategy game set in the near future, when aliens invade the planet. Taking control of a group of specially trained, alien-busting soldiers called XCOM, players undertake various missions against the alien invaders, in an effort to save humanity from destruction. XCOM: Enemy Unknown received high acclaim when it initially released in 2012, with critics praising its challenging gameplay, huge replayability, and satisfying strategic depth. XCOM: Enemy Unknown is also available for PC, Mac, Linux, iOS, Android, PlayStation 3, and PlayStation Vita.

All things considered, this is a pretty solid month for Games with Gold. Owners of both Xbox 360 and Xbox One are being absolutely spoiled with this month’s Xbox 360 selection, as both Super Meat Boy and XCOM: Enemy Unknown are big highlights within the game library of Microsoft’s last-gen console! Goat Simulator is more of a mixed bag for Xbox One owners, but at least the game is good for some laughs, and one can’t really argue with the free price, even if Goat Simulator is noticeably cheaper than most indie games in the Xbox One library. The Crew is more of a niche game that won’t strike a chord with everyone, especially considering the game’s noticeable flaws, but racing fans will probably get a kick out of it, especially considering the rarity in which retail Xbox One games are offered as Games with Gold rewards in many cases. 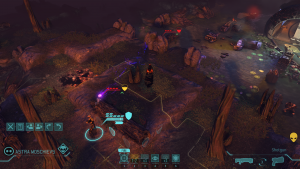 As usual, you must have and maintain an active Xbox Live Gold membership to redeem any free Games with Gold rewards at any time, and to play any game rewards redeemed for Xbox One at any time. Any Xbox 360 games that are successfully redeemed can be permanently kept and played at a player’s leisure however, even if they subsequently allow their Xbox Live Gold membership to lapse. Bear in mind as well that all Xbox 360 rewards offered via Games with Gold are backwards-compatible and playable on Xbox One.