NOTE: Spoilers from throughout the third season of “Agents of S.H.I.E.L.D.” are present in this review

After brilliantly introducing the Inhumans to the Marvel Cinematic Universe last season, Agents of S.H.I.E.L.D. continued to operate on a very strong overall note throughout much of Season Three. With a Terrigen epidemic creeping its way into the population, the MCU’s Inhuman count begins to grow out of control, and that unfortunately comes at the same time as HYDRA revealing their original foundations, well beyond their debut in the MCU under Red Skull in 2011 movie, Captain America: The First Avenger, making them more dangerous than ever.

The political subtext behind the Inhumans in the MCU obviously echoed a lot of the similar political debates throughout Marvel’s X-Men media, though with the X-Men and mutants barred from the MCU so long as 20th Century Fox holds those screen rights, the Inhuman material still helped to return Agents of S.H.I.E.L.D. to an effective political arena. This provided a great balance between the fantastical and the grounded throughout the series’ third season, which is exactly what Agents of S.H.I.E.L.D. should have been striving for from the beginning.

As with Season Two though, there was definitely a noticeable divide between the material in the front half and the back half, though never at the expense of quality. The front half of the season brought HYDRA to its climax, with the introduction of new villain, Gideon Malick, formerly one of the nameless faces on the World Council during 2012 movie, The Avengers, and the reveal that HYDRA began as a cult dedicated to worshiping an ancient Inhuman, and bringing said Inhuman back to Earth, after it was banished to a distant planet called Maveth. Maveth happens to be the exact spot that Simmons was warped to after being devoured by the Monolith right at the end of Season Two, which was explored in one of the season’s, and the show’s, best episodes overall, “4,722 Hours.”

The digging deep into the MCU’s version of HYDRA was pretty interesting, peeling back more twisted layers of the organization’s dark history, which goes into the crazy domains of human sacrifice and alien worship, all pushed forward by the combined likes of Grant Ward and Gideon Malick. In the back half of the season, HYDRA was seemingly obliterated forever, though considering the tenacity of this organization in Marvel lore, it’s very unlikely that they’ll stay down, especially as long as Agents of S.H.I.E.L.D. is on the airwaves. They’ll probably spend a season or two licking their wounds, and then probably come back out of the woodwork when the time is right.

Another big arc in the front half, one that tied nicely into the paranoia surrounding the rise of Inhumans in the MCU, was that of Lash, a very powerful and unstable Inhuman that seemed to murder any Inhuman that he came across. The eventual reveal that Lash was May’s ex-husband, Dr. Andrew Garner, who was accidentally mutated upon rifling through some of Jiaying’s belongings after last season, made for some very interesting May material, and helped the character warm up a bit, rather than constantly being an ice-cold operative. Just as May was rebuilding her relationship with her ex-husband, the Inhuman epidemic tears them apart again, and ultimately, Andrew is killed when protecting Daisy, who he must eventually rescue from the villains. It was nicely tragic, and set May up for big things later, now that she officially has nothing else beyond Coulson’s outfit.

Speaking of Daisy, her character founded a major arc that popped up for much of the season’s back half; Daisy betraying the team, and joining up with the villains. It wasn’t Daisy herself though, but actually, Daisy being taken control of the monstrous Inhuman that HYDRA was built to worship, Hive, a more recent addition to Marvel Comics lore, who is already making the leap to the MCU. Hive was a pretty interesting new villain, even if one that also suffered a bit of diminishing returns as the season went on, since he not only took control of Daisy and brought out the worst of most of the known Inhumans, but also represented a great dark turn for Coulson, who finally falls in love with a government agent heading up the president’s Inhuman containment force, the ATCU, only to have Grant Ward assassinate her around the midway point of the season. After Coulson finally corners Ward on Maveth, he caves in his chest with his prosthetic hand and kills him as revenge… Though this merely leaves Hive to take control of Ward’s body, and re-animate the character as a more dangerous force than ever, now that he has a means to successfully get to Earth!

Coulson’s grief and Daisy’s loneliness creating a much bigger problem made the back half of Season Three of Agents of S.H.I.E.L.D. especially riveting, even if, like I said, Hive sort of bled appeal as the season went on. Hive believing that the best way to save the world is turning everyone into an Inhuman was an interesting plan, and a nice switch from the more aggressive baddies that S.H.I.E.L.D. previously fought against both on this show and in some of the Marvel Studios movies, though Lash being the instrument to save Daisy from Hive’s influence was a bit contrived.

Coulson’s grief still came at a heavy cost however, especially for Daisy, as Daisy comes into contact with an Inhuman that passes visions of death to anyone he touches, with the death being a prophecy throughout much of the season. The death was supposed to be Daisy’s, but in the last second, Lincoln takes over her position of cornering Hive, and rockets a Quinjet with Hive’s Terrigen-dispersing nuke into space, where both of them share a peaceful and emotional moment, as the jet explodes, killing both of them. It’s the end of an era to erase Ward from the MCU, but the fallout from Lincoln’s death was perhaps even greater, especially with the two-hour season finale ending with Daisy going rogue, and a shaken-up S.H.I.E.L.D. command seeking her out.

Speaking of going rogue, Bobbi Morse and Lance Hunter exited S.H.I.E.L.D. and the show this season, after being forced on the run when they have to make a controversial decision during a brewing international incident. The poignant goodbye for these two characters is genuinely emotional for longtime viewers, though it’s somewhat deflated now, since their proposed spin-off series, Most Wanted wasn’t ultimately picked up. Maybe Bobbi and Hunter will return to S.H.I.E.L.D. in Season Four, though fortunately, the series didn’t seem to suffer from their omission, even if they still added plenty of fun, badass appeal to their missions in Season Three’s front half.

Ironically, the season’s only major weak point was one of its most-hyped new additions to the show; The introduction of Inhuman task force, the Secret Warriors to the MCU. While Season Three’s early promotion seemed to groom the Secret Warriors as being sort of a stand-in for the X-Men in the MCU, the team was more or less an afterthought in the end, comprising a skeleton crew of mostly forgettable characters for now, and fumbling a pretty huge opportunity to generate even more mileage from the Inhuman conflicts. Perhaps Season Three was a wee bit over-stuffed, and the Secret Warriors ended up being a casualty of that, but it’s still very disappointing to have Agents of S.H.I.E.L.D. hype up bringing the Secret Warriors into MCU canon, and then do practically nothing with them. 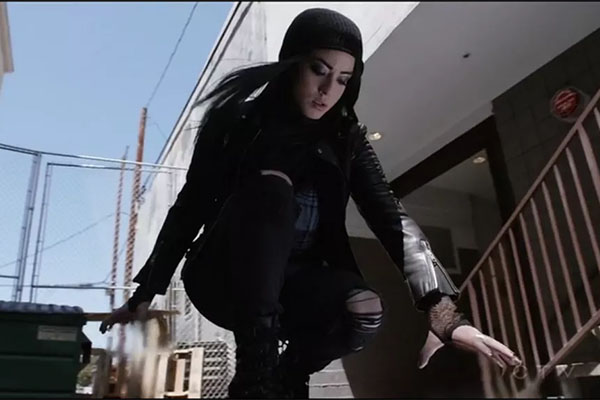 Overall though, the third season of Agents of S.H.I.E.L.D. continues to have the series flying high, and continuing to defy its early bumps in Season One. Beyond the disappointing and forgettable inclusion of the Secret Warriors, the Inhuman material got even better after Season Two, and the final rise and fall of HYDRA was also pretty exciting, even if they’re bound not to stay down forever. The show continues to get gradually more dark, dramatic and intense with every season, and that looks to continue being the case in Season Four later this year, as the show moves further into a 10:00-11:00 timeslot, though it really seems to be working to the series’ benefit at this point. That’s especially true when the show still manages to provide plenty of entertainment value in most of its Season Three episodes, even as its characters’ jobs and emotional states just keep getting more difficult.