NOTE: Full spoilers for this episode of “The Flash”, including a major character death, and the identity of the man in the iron mask, are present in this review

The Flash is finally reaching the end of its second season with, “The Race of His Life” this week, which is kicking off the final battle between Barry and Zoom. After Season One’s outstanding season finale last year however, this second season finale for The Flash doesn’t quite measure up. The episode is still a great one overall, especially with its final twist that provides a very exciting setup for Season Three later this year, but in terms of Zoom’s ultimate downfall especially, this episode doesn’t wrap up the season quite as well as, “Fast Enough” did with Season One, even if I wouldn’t call this episode a stumble either.

With Zoom’s metahuman invasion quickly (and way too easily) quelled, Zoom challenges Barry to a surprising final battle; A race, to see who is the true Fastest Man Alive. Barry, grief-stricken and driven by revenge after Zoom’s murder of his father at the end of last week’s episode, is eager to take Zoom up on his challenge, though it’s not long before the crew learns that the DC Television Multiverse itself is at risk. Using a stolen Mercury Labs invention, Zoom plans to use the combined speed from the race to power a dimensional surge that will collapse every universe outside of the main DC Television Universe, which apparently serves as a central dimensional nexus among infinite worlds. It’s a neat nod to the idea behind DC’s famous 1980’s crossover comic event, Crisis on Infinite Earths, which destroyed the DC Comics Multiverse at one time, and even led to the death of Barry Allen as The Flash, before he was revived later in DC Comics continuity.

On the bright side, the dramatic elements of this episode were very much on point, especially as Grant Gustin delivers a sublime performance as Barry this week, now tormented by grief, rage and despair. The episode beginning with Henry’s funeral is nicely poignant, and Barry being closer than ever to being consumed by inner darkness sets Zoom up to convey a sense of menace that wasn’t wholly replicated by Reverse-Flash last season. During these serious character-driven scenes, this season finale really did work very well, since these at least managed to push Barry to new heights as a hero.

Another very effective turn in this season finale was the point when Team Flash collectively decides that Barry is emotionally compromised, and goes as far as to lock him in The Pipeline, so they can deal with Zoom themselves. The show has never really gone to this territory before, and this was another fantastic way to highlight Barry beginning to crack under the pressure of stopping Zoom. Even better is that the team’s outstanding ingenuity actually looks as though it’s going to successfully stop Zoom on its own, without even needing Barry’s help! It obviously can’t be that easy though, since Detective West is seized by Zoom right as Cisco aims to trap him on Earth-Two, leaving Iris and Wally to watch their father be pulled into another dimension, helpless to intervene. 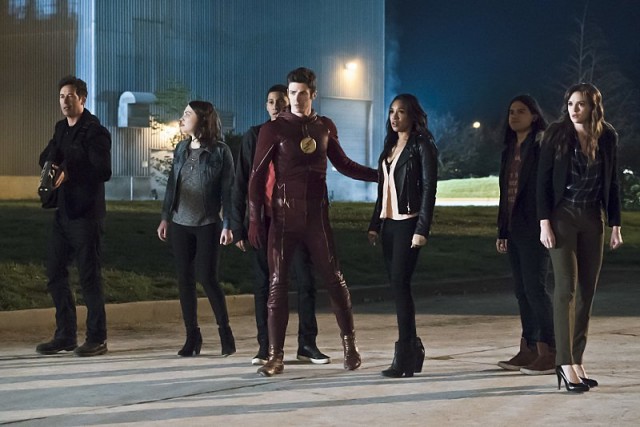 Originally, the team debates leaving West on Earth-Two, though this quickly isn’t viable, as Zoom has a conversation with the captured West in the parallel world, revealing that he’s not a natural speedster (duh), and is actually stealing his speed from the man in the iron mask. Finally, at the very end of the season, we learn just who this mystery man is as well, though the big hint from Henry about his lineage in recent weeks might have had quite a few viewers piecing things together already. Yes, the man in the iron mask is the real Jay Garrick, who happens to be a doppelganger of Henry Allen, as is discovered later when his mask is removed. Zoom was never, “Jay”, and was always Hunter Zolomon, appropriating another Flash’s identity because he was bored and looking for a greater speed high. It’s effectively twisted, and makes for a great way to soft reboot Henry’s character, possibly setting up a Justice Society appearance in the DC Television Universe during a future season of The Flash, which is very exciting! That said though, Jay claiming to be the Flash of Earth-Three is a bit odd, especially since Earth-Three is usually the antithesis universe in DC lore, where heroes are bad and villains are good. I guess the DC Television Multiverse is doing something else with that.

Anyway, with no other choice, Wally lets Barry out of The Pipeline, and the race is on, with Barry using Cisco’s vibing abilities to contact Zoom from Earth-One, and lure him to the racing location. Zoom then frees West, and prepares to race around Mercury Labs’ giant machine, with Barry having to stop him before Zoom makes 500 laps, which will fully power the machine and destroy the DC Television Multiverse. This is a sound idea for a final battle, though it’s also unfortunately where the season finale begins to trip up a bit. 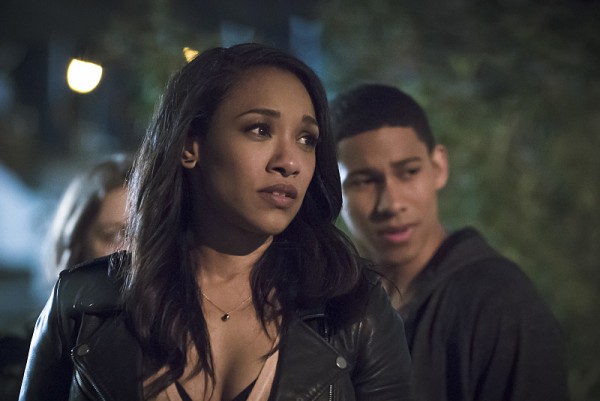 The main problem here is that Zoom’s defeat feels too rushed and easy, especially considering that Barry hasn’t had his speed back for that long, and would theoretically need to re-develop some of it after losing it. Instead of Barry having to really improvise to defeat Zoom, he instead just immediately masters making a time remnant, out of nowhere, which de-powers the machine while also allowing Barry to knock Zoom to the ground and beat him senseless. Yes, Barry can now easily handle Zoom in a fight for some reason. Uh, what? The idea behind Barry sacrificing his time remnant to power down the device, in turn also summoning Time Wraiths that immediately dispose of Zoom is kind of inspired, but even in this very episode, Zoom discusses being able to dodge the Time Wraiths without too much trouble. Why did they all of a sudden bring him down with no hassle here? As you can see, Zoom’s defeat kind of feels too convenient. Considering how much Zoom has challenged Barry in some fantastic ways throughout this season, the way that the villain finally goes down is actually a considerable disappointment.

That said however, the season finale does rebound when it begins laying the groundwork for Season Three, as Barry meets the real Jay Garrick, who dons his familiar Golden Age Flash costume from DC Comics lore, now adding Zolomon’s winged helmet to complete the look, before Barry asks Iris to wait for him, since there’s something he must do. Tired of feeling helpless, Barry rushes back through time and returns to the scene of his mother’s death, knocking Eobard Thawne away, and saying that no one will hurt his parents again. The incarnation of Barry peeking out of the closet from the Season One finale then fades away, as Barry happily, yet nervously tells his mother that she will be fine, ending the episode.

Yes, it’s pretty official now; The Flash will be adapting famous DC Comics storyline, Flashpoint during Season Three, where Barry creates an alternate, dystopian DC Universe by going back in time and saving his mother’s life. We obviously won’t have forces like Wonder Woman and Aquaman oppressing humanity like in the source comic, but this still has major implications for the DC Television Universe as a whole. Will Barry create an alternate future ruled by Grodd? Will Harrison Wells survive and become another sinister force to fear without Eobard Thawne? Will Barry be displaced as The Flash in favour of another, less noble speedster? There’s plenty of possibilities, and this should have fans buzzing over the next several months as they wait for Season Three to start. Theoretically, this will also have big implications for Arrow and Legends of Tomorrow to boot, and possibly even Supergirl, if The CW is going to find a way to place it completely in the DC Television Universe for its sophomore season, and that’s before these shows possibly erasing Barry from their continuity, even if temporarily. I guess we’ll just have to wait and see.

Zoom’s underwhelming defeat is a sticking point that noticeably trips up this otherwise entertaining season finale of The Flash, but at least that final Flashpoint-inspired twist presents plenty of exciting promise for Season Three. Even passing mentions of things like Earth-Three presents some thrilling speculation for seasons to come, and Barry taking his darkest turn yet also had some satisfying moments to boot. Overall, Season One had a better finish, but Season One’s finale is also an extraordinarily tough act to follow. As it stands, “The Race of His Life” is certainly not the best episode of Season Two, but it’s still an exciting way to take The Flash to the next level, even if Barry basically got lucky with the demise of Hunter Zolomon.

The Flash 2.23: "The Race of His Life" Review
Zoom's disappointing defeat is a major sticking point, but The Flash's season finale is still dramatic and exciting this week, especially in its final tease for Season Three.
THE GOOD STUFF
THE NOT-SO-GOOD STUFF
2016-05-25
85%Overall Score
Reader Rating: (0 Votes)
0%