This week’s episode of Silicon Valley certainly had plenty of love in the air, as most of the guys start getting a chance to explore their dating lives. Almost everyone except for Erlich and Big Head, both of whom are busy with their new partnership, and Gilfoyle, who already has an established girlfriend, got to meet a new sweetheart in, “Bachmanity Insanity” this week, though while this sounds fun, it also amounted to a complete filler episode with uneven laughs, sadly. 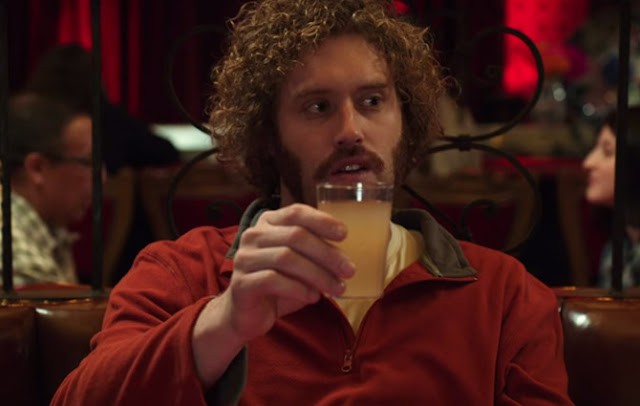 In fact, for all of the celebration of romance and taking the rare opportunity to really develop some personal lives for the Pied Piper crew, there wasn’t really a sense of the show’s overall storyline moving forward with the romance plots here. As funny as it was to see Jared pull women easily all of a sudden, simply because he’s no longer focusing on work, or Dinesh get tormented by Gilfoyle about a long-distance flirtation with one of Pied Piper’s Estonian coders, believing that Dinesh’s sweetheart is ugly and masked by poor resolution, these stories elicited little more than a few chuckles for the most part.

It didn’t help matters that Richard’s and Dinesh’s romances predictably ended badly, even if Jared is presumably doing just fine, as is Gilfoyle with his own current romance. Richard ultimately breaking up with his attractive date because she uses spaces instead of tabs, a bit predictably, was kind of funny, especially when Richard blows the situation way out of proportion and comically pays for it by falling down the stairs on the way out. Still, it feels cheap and annoying to give Richard a big new love interest, then shuffle her off at the end of the very same episode. Even Dinesh’s surprise turnout, with the woman believing Dinesh to be ugly once she can see him clearly, and immediately losing interest in him, is kind of annoying, even if Gilfoyle still had plenty of snarky jokes to make about the irony of the situation. 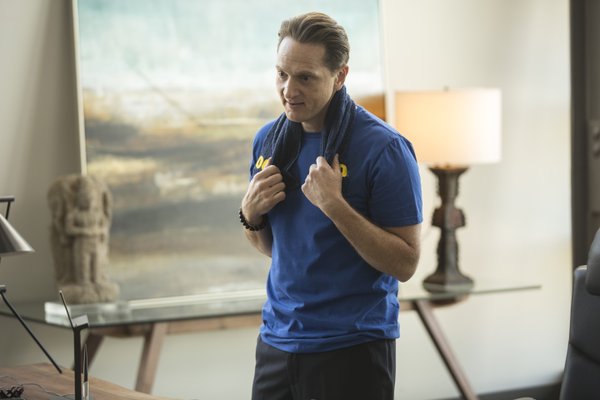 Most of the episode’s funniest moments actually revolved around Gavin Belson, who is seeing the fallout to Richard dodging the scandalous story about his slip-up from last week’s episode. Now that the knowledge is out there that Gavin scrubbed Hooli search engines with the Nucleus team, Gavin has to respond to the situation. Seeing Gavin try to find excuses to put the protesters to death was the one point where the episode actually built up to hearty laughs, and Gavin’s ultimate solution of suing the reporter, in turn putting Big Head in a tight spot as the whistleblower, was also one of the few instances of this episode having a plot that actually moved the show forward.

The subplot with Erlich and Big Head, who are preparing to throw a big party at Alcatraz to announce their new partnership, also had some decent forward development, but the laughs were kind of scattershot here. The show is already starting to backpedal on its current Big Head storyline, since Big Head has apparently already burned through almost all of his settlement by constantly moving his swimming pool, which, in fairness, seems kind of fitting for his character. When Big Head’s financial advisor gets involved, it’s too late, since Erlich’s big, expensive party sees most of its vendor cheques bouncing at the end of the episode, which leaves things ending off with Erlich and Big Head awkwardly staring down a crowd that Erlich planned to boast in front of, though now finds that both he and Big Head have run out of money together. This at least was an effectively ominous finish for the episode, especially when Big Head’s commentary on the word, “Aloha” kept things from becoming too heavy. 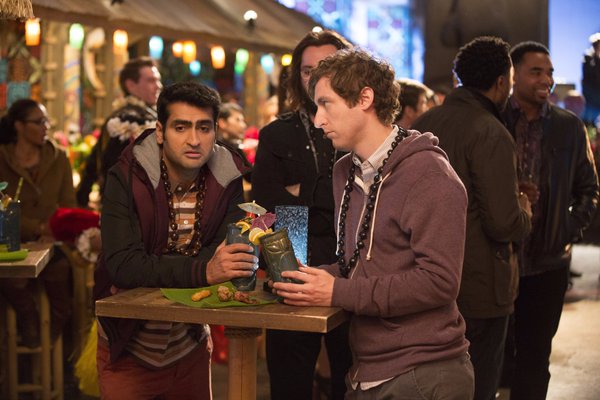 In the end though, “Bachmanity Insanity” is unfortunately Season Three’s weakest episode at this point, and that’s a real bummer. There were still a decent amount of laughs, even if most of the season’s former episodes were considerably funnier, but as fun as some of the romance subplots were, they all just felt like filler, and by the end of the episode, most of them were erased. The episode’s conclusion at least promises big developments for Erlich and Big Head to come, but this meant that most of Erlich’s storyline was simply to set up for this shocking turn, with actual laughs being kind of sporadic. Silicon Valley is probably just stuck in a temporary halfway-mark rut here, but hopefully it returns to this show’s usual hilarious standard next week.