The new PlayStation Plus games will go live next Tuesday, June 7th, at which point they will replace May’s free rewards. Thus, if you have yet to redeem Tropico 5, Table Top Racing: World Tour, Bionic Commando Rearmed 2, LocoRoco Cocoreccho!, Switch Galaxy Ultra, or God of War: Ghost of Sparta, you have until then to do so. As usual, you must have and maintain an active PlayStation Plus membership to redeem and play any free game rewards at any time, on any platform. 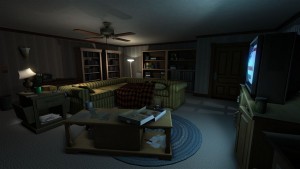 NBA 2K16 is being brought free to PlayStation Plus members on PlayStation 4, in partnership with the NBA for the upcoming NBA Finals. The game is the latest entry in 2K’s highly-celebrated series of basketball sims (excluding the recently-announced NBA 2K17), and was widely praised by critics for its highly-tuned gameplay, improved A.I. and usual degree of outstanding production values. NBA 2K16 is also available for PC, Xbox One, Xbox 360, PlayStation 3, iOS and Android.

Gone Home: Console Edition brings the much-lauded PC indie game to the console space, recreating the story of the mysteriously vacant mansion in Portland, Oregon, circa 1995. Players wander around the home, examine household objects, and piece together the mysterious storyline in doing so. Gone Home was highly praised on both PC and consoles for its mysterious, passive gameplay and highly emotional story material, even if some lamented the game’s brevity. Gone Home: Console Edition is also available for Xbox One.

Echochrome is an innovative puzzle game that has players guiding a mysterious figure through an abstract path of environments. By flipping the perspective of the shapes, players can alter the path for their autonomous character, with the objective being allowing them to reach a goal of collecting the right ‘echoes’ through outside-the-box thinking. Many critics praised Echochrome upon its initial release in 2008, with its minimalist monochromatic style, level design, innovation and audio work all receiving especially high approval. Echochrome is also available for PlayStation Portable.

Siren: Blood Curse is a PlayStation 3-exclusive re-imagining of the original cult horror game, Siren for PlayStation 2. Now divided into twelve episodes with varying perspectives, players utilize careful stealth and ingenuity to navigate around vicious, unstoppable creatures called Shibito, as they try to uncover the twisted mysteries of ominous town, Hanuda Village, Japan. Siren: Blood Curse got good reviews upon initially releasing in 2008, with critics praising its scary, suspenseful gameplay and atmosphere, even if some repetitive locations and occasionally frustrating controls were criticized.

Little Deviants served as a PlayStation Vita-exclusive launch title for Sony’s handheld in 2012, having players take control of the title characters in a series of minigames that were designed to show off the Vita’s unique set of control and gameplay features. Little Deviants was praised for its creativity and clever use of the unique Vita functionality, though was also criticized for some frustrating minigames and a few unresponsive control methods.

After the rather disappointing PlayStation Plus selection of May, it’s satisfying to see Sony rebound with a far better selection of free game rewards for June. The PlayStation Vita rewards are still being noticeably phoned in, with one launch title and one PlayStation Portable game (even if God of War: Chains of Olympus is still a pretty good game, especially for free), though Echochrome and Siren: Blood Curse are two great, lesser-known hits for PlayStation 3 owners to enjoy throughout the month. NBA 2K16 is the biggest treat in the package, even if non-sports fans may turn their nose at it, and Gone Home: Console Edition also makes for a fantastic freebie for PlayStation 4 owners, even if it’s also a pretty short game that you’re bound to be done with rather quickly.