Back in 2012, we started a pre-E3 series called “E3: The Big Games to Watch“. In that inaugural year, we postulated that people should be on the lookout for games like Halo 4, Tomb Raider, and Grand Theft Auto V.

We also listed some games that, to this day, have yet to be released, some of which are still without specific release dates. The Legend of Zelda didn’t even make an appearance that year (or the year after), and The Last Guardian didn’t show up until about 11 months ago. One game–Rainbow Six: Patriots–was never even released as it changed directions and evolved into Rainbow Six Siege. With that in mind, there are a ton of games that we can virtually guarantee will be at E3 this year, and these are the biggest ones to keep on the lookout for:

Last year’s announcement from Keiji Inafune and ex-Metroid Prime developers at Comcept and Armature Studio was one of the trailers that has people asking more questions than it answers. The game was the first new IP shown off at the Xbox Media Briefing, and the reveal has us asking for more. With a 2016 release date (which we expect to get pushed into 2017), we’d be shocked to know that this game isn’t on the show floor and at the company’s Media Briefing.

At Gamescom 2015 in Cologne, Germany, fans were treated to a surprise announcement: Halo Wars 2 would be launching on Xbox One and PC at the tail end of 2016. Perhaps one of the first successful console real-time strategy games, Halo Wars was Ensemble Studio’s swan song, and has been deserving of a sequel since its 2009 release on Xbox 360. On the Halo community website, Waypoint, news came out that the Halo Wars 2 team at Creative Assembly will show off their game in full playable glory on the show floor, also marking the first time we the game in action. 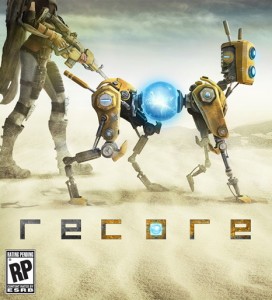 In March, Microsoft announced via Xbox Wire that the next Forza game would be unveiled at E3 2016 and that its cover car would be the all-new Lamborghini Centenario. The teaser video shows off no content from the game but mentions that the game will be “the next all-new Forza“. This leads us to believe that, contrary to speculation from the gaming industry, the new game will be neither Forza Motorsport 7 nor Forza Horizon 3, but an all-new style of game in the Forza franchise. The teaser image on Xbox Wire is of a series of Lamborghini models dating back as far as the late-1960s with the Lamborghini Miura. Could the next Forza game be focused on automotive history, or will it indeed be a retreading (no pun intended) of previous Forza titles?

Phil Spencer and the Xbox team will have plenty of other titles up its sleeve at their presentation, likely leading off with Gears of War 4. Expect Sea of Thieves to also get a live gameplay demo as the company pushes its latest title from Rare. We also expect to see some third party content from Bethesda, akin to Todd Howard getting up on stage last year for an extended demo of Fallout 4 on Xbox One and PC. It isn’t as likely to happen, but we could see Microsoft getting a big exclusive with a third party game like Ghost Recon Wildlands. Some Battlefield 1 action wouldn’t hurt, either. Oh, we are optimists we are.