Marvel Studios boss, Kevin Feige claims that we will definitely know who is portraying female Kree-powered superhero, Captain Marvel for the Marvel Cinematic Universe before the end of this Summer. With June starting today, it looks like word has already gotten out as to who Marvel is eyeing for the part as well! 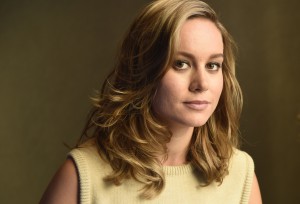 Official Hollywood source, Variety has claimed that Brie Larson, of Room and Scott Pilgrim vs. The World fame, is Marvel’s choice to portray the MCU’s rendition of Carol Danvers/Captain Marvel. Larson has apparently entered talks for the role, and is in early negotiations. Marvel obviously hasn’t confirmed this, and any potential negotiations with Larson could end up falling through, though Larson would also be a very smart choice for the role of Captain Marvel. She has experience with comic book adaptations, via Scott Pilgrim vs. The World, and has proven both comedic and dramatic chops between 21 Jump Street and Room most notably. In all likelihood, her Oscar-winning turn in Room is probably what got Marvel’s attention most.

The woman who owns the mantle of Captain Marvel, Carol Danvers, formerly known as Ms. Marvel, is a superheroine that was given abilities from the explosion of an alien Kree device, which she was caught and severely injured in, ultimately being rescued from the brink of death by the original Captain Marvel. With the ability to absorb and expel energy, as well as the power of flight, Ms. Marvel served as a powerful ally and feminist icon in Marvel lore, and eventually became the latest incarnation of Captain Marvel in 2012. Since her debut appearance in Marvel Comics lore in 1968, Carol Danvers has appeared in numerous Marvel media, from comics to television episodes to video games. 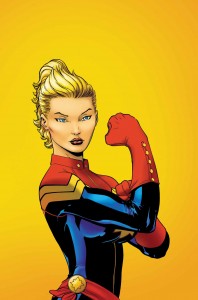 Before her own movie was announced, there were two major attempts made to bring Danvers into the Marvel Cinematic Universe. The first was as the lead female supporting character in television series, Jessica Jones, back when it was in development for ABC and before it ended up on Netflix, reflecting Danvers’ friendship with Jones in Marvel Comics lore, though after Marvel Studios opted to make a Captain Marvel movie, Danvers was replaced with Trish Walker in the Netflix series’ final product. The second attempt was an appearance by Danvers as Captain Marvel in the script for last year’s crossover movie sequel, Avengers: Age of Ultron, though director, Joss Whedon ultimately vetoed Danvers’ featuring in the movie, feeling that there were already too many characters on display, and that portraying the fully-powered Captain Marvel with no explanation would be a dis-service to the character, her backstory, and her upcoming movie. Before her own movie releases however, Captain Marvel is confirmed to make her MCU debut in 2018, in Avengers: Infinity War – Part I.

Captain Marvel is set to hit theatres on March 8th, 2019.

Keep blasting Eggplante for all major news and updates on Captain Marvel, and other big developments for the Marvel Cinematic Universe.