NOTE: Spoilers from throughout the first season of “Legends of Tomorrow” are present in this review

The CW’s DC-themed television shows seem to get more ambitious with every new entry into the DC Television Universe. Arrow may have begun as a humble, non-powered take on the Green Arrow mythos, but that soon spawned The Flash, which added superpowers to the universe, followed by CW Seed webseries, Vixen, which brought the universe into animated form, and finally, this expansion has begat an event-style ensemble series, Legends of Tomorrow.

Allegedly beginning as a spin-off about Brandon Routh’s Ray Palmer/The Atom that debuted on Arrow, Legends of Tomorrow presents a pretty ambitious pitch for a DC-themed primetime TV show, bringing together several B-list and C-list DC heroes, along with two DC villains in this season, into a ragtag team of misfit do-gooders that travel through time. The show itself even admits that these personalities are nobodies in the public eye, serving as recurring side personalities on Arrow and The Flash beforehand, and despite leader, Rip Hunter claiming that they become legends in the future, even he eventually has to admit in the show’s pilot episode that he lied about that fact, and that he actually brought them together because their lives have little influence on the timeline, and the DC Universe in general. 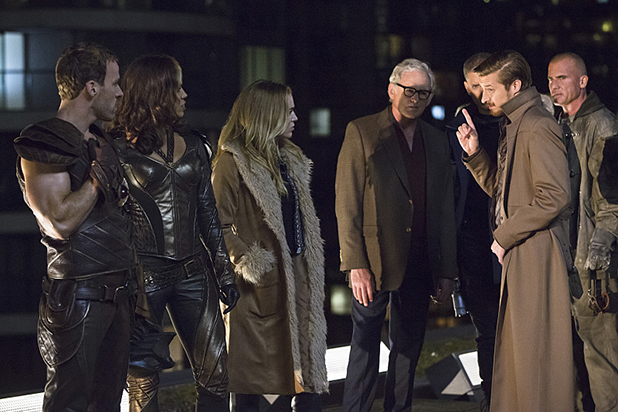 This underdog direction makes Legends of Tomorrow a pretty big gamble in its debut season, since the show makes no bones about the fact that its titular heroes are largely unknown comic book personalities that barely qualify as any kind of team, yet despite a rocky start, the true potential of the show beautifully comes together by the end of the season. As a vehicle to introduce and flesh out lesser-known DC Universe personalities in an anthology style, Legends of Tomorrow is risky, but inspired, and once the ensemble comes together, the show quickly becomes another fun outlet for super-powered storytelling on modern television!

With DC time traveler, Rip Hunter serving as the group’s leader, an agent of the Time Masters, Season One’s ensemble includes: Ray Palmer/The Atom and Sara Lance/White Canary from Arrow, alongside Martin Stein’s and Jefferson Jackson’s Firestorm, Leonard Snart/Captain Cold, Mick Rory/Heat Wave, Carter Hall/Hawkman and Kendra Saunders/Hawkgirl from The Flash. As former tag-alongs and Rogues that are now given a chance to do something with their lives, the titular ‘Legends’ effectively find a way to come together as the season goes on, despite a loose array of mostly disconnected misadventures and distrust in the season’s early portion. Stringing everything together is the overall goal of killing immortal DC villain, Vandal Savage, who was introduced in this season’s crossover episodes between Arrow and The Flash, and also happens to be responsible for the murder of Rip’s family. 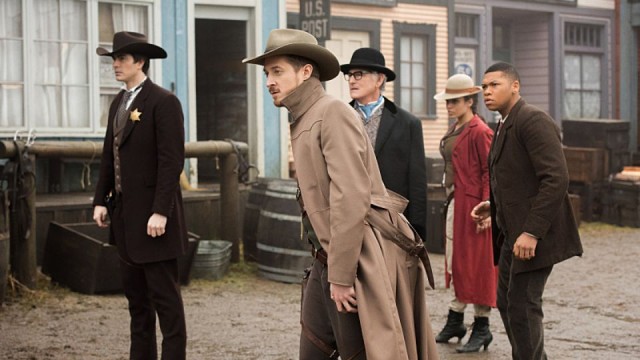 When things start out, the show feels like it’s borrowing more than a bit of inspiration from The BBC’s ultra-successful sci-fi series, Doctor Who, even beyond Doctor Who actor, Arthur Darvill’s casting as Rip Hunter, as the mismatched group of characters travels between various time periods, chasing Savage and his operations throughout history. As the show fumbles through its initial dynamic and direction, it does sort of come off as a pale, DC-themed Doctor Who imitation at first, and despite its grand efforts to be an event-style series akin to the Arrow/The Flash crossover episodes, Legends of Tomorrow felt like it couldn’t sustain its massive ambition to start, leading to some speculation that The CW was going to quickly scrap the show. The fact that it was clearly a budget-gobbler, with tons of great action and style that was good, though undeniably expensive for the tiny CW network, also contributed to that theory.

Fortunately, that didn’t happen, as the series was renewed for a second season around its halfway point, and it’s around then that Legends of Tomorrow got past the initial awkwardness of its ensemble direction, and started to really come up with satisfying, inspiring character arcs for each of its leads. Some arcs never worked that well, namely the romance between Ray and Kendra, but the way that everything culminated in the season’s last handful of episodes was legitimately powerful. Big twists like Leonard giving his life to save everyone in the season’s penultimate episode (even if the showrunners have already confirmed that Captain Cold will return across all of The CW’s DC shows next season), Mick having to accept needing a place to belong, Ray having to be responsible for his grand ideas of the future, and both Martin and Jefferson learning to bridge their generational wisdom to become a better unified Firestorm, all led to these characters becoming more mature and distinguished than they ever were on Arrow or The Flash. Against the odds, they did truly become cool, compelling heroes that were easy to like and root for!

The overall journey had especially big implications for Rip as well, with Arthur Darvill probably being the big standout among the show’s cast. Playing Rip as a defiant, but cynical runaway that has a handful of common character traits with The Doctor, whether intentionally or not, Rip had to balance being a leader and upholding the integrity of the timeline, while simultaneously trying to manipulate his family’s tragic end. As much as it would have been satisfying to see Rip’s team completely dominate time, which they sort of do when they destroy the Time Masters’ all-knowing time device and effectively dismantle the entire organization by the end of the season, it was even more fitting to have Rip ultimately fail to change his family’s fate. No matter what Rip did to alter the timeline, Savage always successfully killed his family in 2166, and Rip had to come to terms with that ultimate loss, which was a big part of him learning to believe in something greater than himself.

Rip’s reasons for forming his team may not have been the most noble or honest, but somehow, like every other hero on this show, Rip stumbled into a greater good that called him and his crew to a higher purpose than they ever would have imagined. In a way, the team did get the influence and nobility that was promised to them, even if they got it by accident, and this makes any bumps in the journey to Season One’s excellent finale completely worth it. Sure, the heroes do eventually kill Savage and save the timeline, but that doesn’t mean that the timeline is permanently safe. There are no shortage of threats to the DC Universe across time and space, and while Kendra and a revived Carter do eventually part ways with the team for now in the very last moments of the season, everyone else, save for the temporarily dead Leonard, goes with Rip again on another adventure, or at least tries to, before they’re warned not to by Golden Age DC hero, Hourman in the final seconds of the season finale. What could this mean? Where should it take the surviving heroes next? 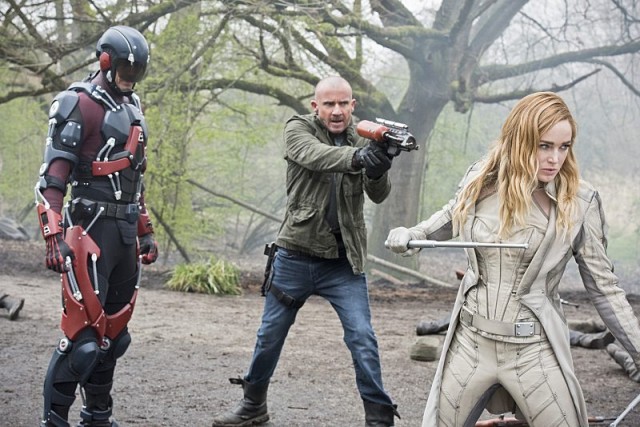 The fact that after such an ill-advised mission, fans will still be asking that question, proves that the mad experiment of Legends of Tomorrow was ultimately a success, even if, like many ensemble-driven shows, it didn’t find its footing right away. Despite some dull episodes every so often, and a back half that was definitely better than the front half, Season One of Legends of Tomorrow ultimately managed to deliver a subversive, unique take on superhero-themed television, for DC or otherwise. Now that its storytellers have found their groove, this show should serve as a great way to give lesser-known DC personalities their spot in the media limelight, and even beyond that, it’s fun and exciting superhero entertainment in general. Let’s hope that keeps up in Season Two!

Legends of Tomorrow: Season One Review
Legends of Tomorrow suffered some early bumps, but by the end of the season, it became an inspired and subversive DC ensemble show that carves out its own cool new direction for the DC Television Universe.
THE GOOD STUFF
THE NOT-SO-GOOD STUFF
2016-06-02
83%Overall Score
Reader Rating: (0 Votes)
0%