Game of Thrones seemed to slow a bit last week, while it seemed to be preparing greater storylines to come. Unfortunately, it slowed further, down to the point of a rare stumble, in, “The Broken Man” this week. Even in weaker episodes, there are generally plenty of appealing scenes to go around in Game of Thrones, and that was still true of, “The Broken Man”, though it’s also true that this episode’s biggest storyline is a misfire, and the episode overall felt sluggishly-paced, especially when the show strangely needed to resort to filler stories this week, which it almost never has to do.

Off the bat, we hit the ground running with another long-awaited character return, this time by Sandor Clegane! Turns out that The Hound survived his grave injuries at the hands of Brienne of Tarth, and is now living peacefully in a small community overseen by another former soldier, Brother Ray, who was the mysterious character being played by well-known character actor, Ian McShane. The idea of The Hound being alive isn’t a stretch, since Game of Thrones seems to subscribe to the comic book logic of, if there’s no corpse, then the person is alive. Hell, even with the corpse, Jon Snow still cheated death! Still, it was an interesting idea to have The Hound seem to abandon his ways and try to eke out a more relaxed living with some innocent folk, seemingly leaving his troubles behind him. 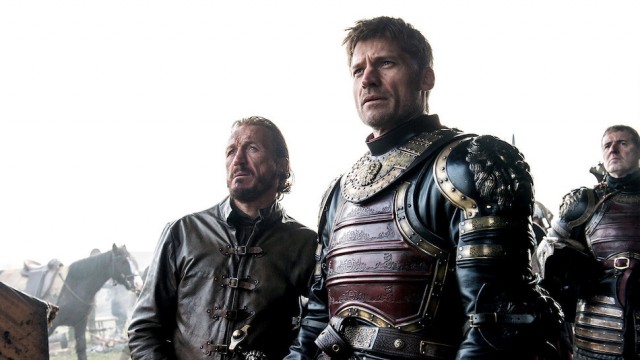 It’s too bad then that this storyline ended up being pretty dull and largely pointless. Despite Brother Ray trying to push The Hound to fully embrace peace, a trio of soldiers come soon after, ask for food and steel, something that Brother Ray denies them, and then they just slaughter everyone off-screen. They even do it impossibly quickly, with The Hound somehow only hearing a single scream, and then returning to find everyone dead, Ray hanged, and everything destroyed, instantly. Just like that. Not only is this mass murder pretty contrived, and not only does it kill off McShane’s character in the very same episode that he appeared in (which is the biggest disappointment of all), but it also highlights just how much the return of The Hound was ultimately a pretty big dud. He might as well have returned having already grabbed an axe and cutting down soldiers, and simply talked about this incident later. It might as well have all happened off-screen.

At least we finally got some forward movement on most of the Stark plots this week though, even if Bran and Rickon were absent this week, alongside any storylines in Essos, sadly meaning no Daenerys or Tyrion/Varys either. There’s a particularly great scene of Jon and Sansa needing to negotiate for more men from ten-year-old lady, Lyanna Mormont, and getting some handy help from Ser Davos, which results in them getting a mere 62 men, making for one of the best scenes of the episode at least. House Glover turns them down outright however, and most of their ravens seem to have been left unanswered. Jon and Davos want to march on Ramsay with what they have, but Sansa seems to have another ace up her sleeve, writing to a mysterious person in secret. I imagine that she’s writing to the Iron Islands, especially considering their mention by the lord of House Glover, possibly hoping that Theon has an army for her at House Greyjoy. Does that mean Sansa may be inadvertently inviting more trouble by steering the eye of Euron though, if that’s where she’s writing? Riverrun is also another possibility, granted, though I would assume that Riverrun was already written to, but we’ll see.

The material in King’s Landing was also pretty decent this week, as Margaery demonstrates herself to be so far gone that she actually tries to force Olenna to leave the city and return to Highgarden. The brainwashed Margaery is possibly becoming an even greater danger than Cersei ever was, to the point where the proposed alliance between Cersei and Olenna is something that audiences will actually be rooting for at this point! Considering that Olenna was badass enough to poison Joffrey back in Season Four, and Cersei has repeatedly proven herself to be a deadly adversary, the women might end up saving the city when politics and armies have failed.

Arya’s storyline was also fairly interesting to start, as she attempts to bribe her way out of Braavos, somehow procuring a bunch of gold, and convincing a ship captain to leave at dawn. Along the way however, Arya gets stabbed twice in the gut by The Waif, disguised as an old woman, and drops over a bridge. She survives, and stumbles through a crowd, and that’s where we leave her. The hunt by The Waif started out interesting, but it quickly fell apart, since Arya stupidly letting the disguised Waif stab her was pretty illogical, and very out-of-character. Moreover, Arya somehow stumbling around Braavos and both not drawing the attention of The Waif again, nor getting much of a reaction out of the crowd, was equally dumb, especially since getting stabbed through the gut twice unrealistically seemed to do little more than mildly inconvenience her. Rather than come off as a dramatic struggle for Arya, this stabbing just came off as an annoying nuisance, and one that Arya herself was the direct cause of, even when it goes against her character’s sharp instincts and resourcefulness. That’s really disappointing. 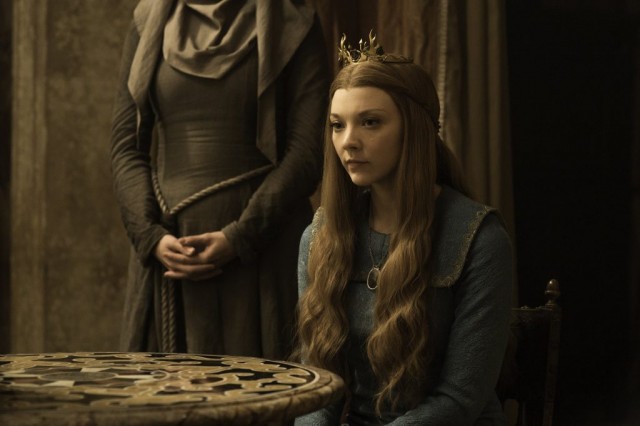 The rest of the storylines largely just felt like filler. Jaime reaches Riverrun, takes over the siege from House Frey, then engages The Blackfish and orders him to surrender. Predictably, The Blackfish stays put, and Jaime is simply left to stand there with his thumb up his rear end. It was neat to see Jaime prove how much more competent he is at commanding an army in contrast to the Frey forces that were stationed at Riverrun, but beyond that, this story just went nowhere. The same is true of a quick check-in with Theon and Yara, who are hanging out at a brothel in Volantis, where Yara has herself a steamy make-out session with one of the whores, then declares to Theon that she’s going to try to beat Euron to an alliance with Daenerys, and that’s the entire scene. That’s great and all, but that could have just as easily been saved for next week. This scene only felt like it was tossed in to both fill space, and add some steaminess to an episode that was, frankly, a little flaccid for Game of Thrones standards.

“The Broken Man” was a disappointment overall, though it certainly doesn’t threaten Game of Thrones’ high standards of standing head-and-shoulders above most other TV shows on any network or streaming service. By this show’s standards though, the handful of highlight moments didn’t compensate for the fact that The Hound’s big return was kind of dull in the end, and many of the storylines failed to gain any satisfactory ground. Things should hopefully pick up next week, as the various factions begin actively preparing for more violent confrontations, though considering how great Season Six has been so far, it’s a bummer that it seems to be stalling a bit before its big climax.

Game of Thrones 6.7: "The Broken Man" Review
Game of Thrones suffered through a slightly disappointing episode this week, due to a sluggish pace and a flaccid return for The Hound, though at least managed some good scenes here and there.
THE GOOD STUFF
THE NOT-SO-GOOD STUFF
2016-06-07
76%Overall Score
Reader Rating: (1 Vote)
73%