Powers’ first couple of Season Two episodes were pretty great, “Funeral of the Century” especially, but, “Hell Night” unfortunately represented a bit of a step back. It wasn’t an enormous step back, mind you, but considering the thrilling, slow burn style of the previous two episodes, the show seemed to start stumbling again after Retro Girl was fully buried, with a third season premiere episode that seemed to stall a bit.

The big hook of this episode is that, “Hell Night” is about to take place, which is the declared time that the Hacks and the Quantums will do battle with each other. The rest of Los Angeles, and especially other Powers, are thus using the opportunity to destroy and loot things. The show really could have explained Hell Night a bit better however, since the episode couldn’t seem to commit to whether the real problem was the gang war, Senator Brown’s bill, the looting humans and Powers, or some opportunistic journalists. After the great execution of, “Funeral of the Century” especially, this episode unfortunately went back to feeling a bit scattered and unfocused, and that’s annoying.

Speaking of opportunistic journalists, we get a lot more screentime with Nicole Glantz in this episode, the upstart young reporter who doesn’t seem to have any qualms with completely making up news. Glantz definitely doesn’t look to be a noble character, and when she exacerbates the looting and mayhem for a story, it seems like the show wants to portray her as another villain that’s taking advantage of the fallout from Retro Girl’s death in order to advance her own career. Is that story arc really necessary though? We already have what’s supposed to be a pretty dangerous villain, considering they were powerful enough to successfully murder Retro Girl, so Glantz just already feels like small potatoes in comparison. Maybe the season’s later episodes will do something more noteworthy with her, but for now, she’s just taking up screentime.

That dangerous villain didn’t waste time re-asserting how deadly they are either. After Walker and Triphammer start putting pressure on their captured Hack, with Walker even getting Cross to sign off on letting him go rogue for the sake of the Retro Girl case, the Hack starts to overheat, and eventually, his head explodes. Wow, Powers has been surprisingly restrained with the gore so far this season, but I guess that had to change sooner or later. Anyway, this yet again leaves Walker and Pilgrim with no leads, beyond the fact that the villain they’re pursuing can apparently literally explode a Hack’s head remotely. Just who are they dealing with?! 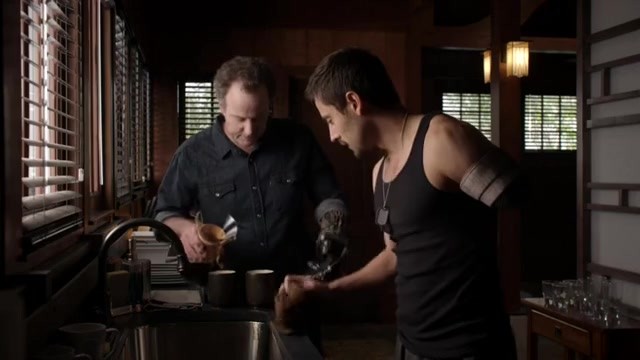 Actually, speaking of Triphammer, this episode also introduces another new character called Sergeant Martinez, who is assisting Triphammer with some sort of mystery project. It seems like Martinez, an army veteran who is missing multiple limbs, is being groomed as some sort of successor to Triphammer, or possibly even some sort of mentor to other heroes. Either way, he feels like another benchwarmer character for now, and one that is being crowbarred into this episode to set up for future episodes.

It’s really frustrating to see Powers stumbling back into its main weakness of trying to cover too much ground too fast, as if it’s suffering from its ten-episode season format on PlayStation Network. Hell Night never really feels like it has the proper dramatic or action-oriented impact, ultimately coming off as a minor distraction for Powers Division, rather than a serious danger. There don’t seem to be any fatalities of note, and even Powers don’t seem to present much of a problem for anyone, since characters keep arriving just in the nick of time to bail everyone else out of trouble. Really? What’s even the point of Hell Night then? 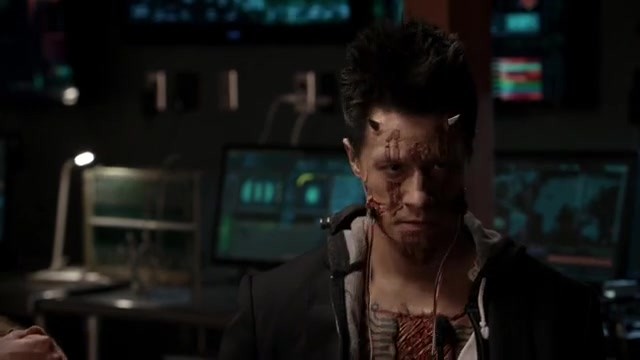 Another frustrating regression is that Calista is back to being unlikable and insufferable in this episode. Despite Walker appearing to take Calista under his wing at the end of the previous episode, it seems like she’s already fallen back on old habits, the second that Walker’s back is turned. Even Zora starts becoming useful at last, and starts warning Calista not to be too aggressive, as her first impression will permanently dictate how she’s viewed as a hero. Calista, predictably, doesn’t listen and flies off again, still thinking that she has all the answers, and almost completely undoing any positive growth that she achieved in this season’s first two episodes. That’s pretty irritating.

Fortunately, this episode did find its footing again towards the end, as it at least concluded on some solid notes. Even if it came off as a Deus Ex Machina moment, SuperShock landing in between a whole army of looters and gangsters that are about to attack Zora, Pilgrim, Kutter and Calista is pretty great, and SuperShock stopping Hell Night cold with one simple declaration really speaks to how feared and mighty he is as a Power. Likewise, Walker tracing the digital trail back to Marigold was pretty interesting, and it was all the more interesting when he’s buried with her under a collapsed building by a mysterious and comical baddie in a large hat and a big coat. They no doubt survived, Walker especially, but it was still a solid cliffhanger to end the episode on. Even the epilogue sequence of Pilgrim and Kutter giving in to their lust and making out in a car was kind of funny, and was hilariously foreshadowed by the two having exaggerated animosity and impatience with each other since the season started especially. 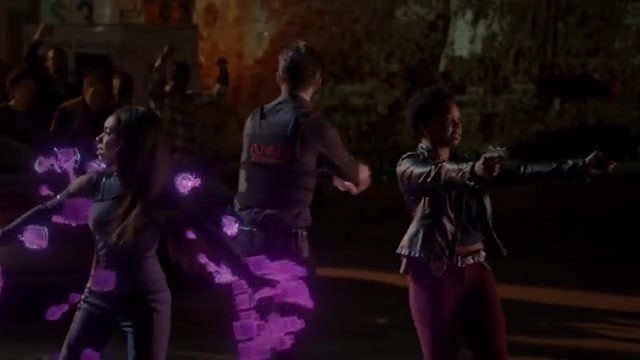 Overall though, “Hell Night” felt like a stumble for Powers, unfortunately rounding off the trio of season premiere episodes on a slight sour note. The big hook of Hell Night sadly ended up being a missed opportunity, and Calista going back to being a bitchy know-it-all is very tiresome, but at least big moments like SuperShock’s proper return and the grisly end of the captured Hack had the proper effect. Hopefully the next all-new episode will get this season’s case back on track though. It was doing so well until it got distracted again.

Powers 2.3: "Hell Night" Review
Powers unfortunately fell back into old habits with its decent, but not great third season premiere episode, which went back to unfocused storytelling and a nasty Calista.
THE GOOD STUFF
THE NOT-SO-GOOD STUFF
2016-06-06
74%Overall Score
Reader Rating: (0 Votes)
0%