Silicon Valley still isn’t quite capturing that same raw level of laughs that it boasted earlier in the season, but, “Bachman’s Earnings Over-Ride” still had some dramatic material for its title character on paper, at least when Richard learns about Erlich’s desperate bail-out after becoming broke with Big Head. Big Head didn’t show up at all in this episode, which was a bit disappointing, since it’s anyone’s guess what he’ll do next, and unfortunately, the whole Erlich issue still isn’t coming off as terribly interesting or funny here.

Still, there were laughs this week, even if they’re still coming less frequently than they were before, since Pied Piper is continuing to be pushed through some darker territory with the whole Erlich situation. Fortunately, there were some strong B-plots to compensate for that, with the funniest of these being Jared commissioning themed jackets for the Pied Piper employees, and wearing a hilariously ugly sample to show off. As usual, the snide comments made at Jared’s expense provided some great chuckles, especially when he continues to be entirely unbothered by them.

The jacket then went into some strong comedic material with Dinesh and Gilfoyle, after Gilfoyle realizes that he can use the jacket to embarrass Dinesh in a social setting. The scene of the two getting coffee as Gilfoyle describes himself as a, “Suicide bomber of shame” already started off strong, but only got better as Gilfoyle’s jacket suddenly draws him a bunch of positive attention, and he falsely passes himself off as Jared to portray Dinesh as a creepy onlooker. It’s incredible how much Silicon Valley is always able to get such great mileage out of the Dinesh/Gilfoyle rivalry three years later, and still make it so amusing.

Another effective subplot centered on Gavin Belson, who finally has to answer to the board for his mismanagement of Hooli, and it’s about time! Gavin trying to illustrate his predicament with Pied Piper and End Frame using a literal tortoise and hare was pretty funny, and the final result with Gavin getting banished to the roof was downright hilarious, and also fitting. This likely won’t keep Gavin down for long though, since he quickly runs into Jack Barker as the two prepare to board their planes, suggesting that an alliance of Pied Piper’s enemies could be forming again for the end of the season, which is quite exciting in terms of both laughs and story appeal. 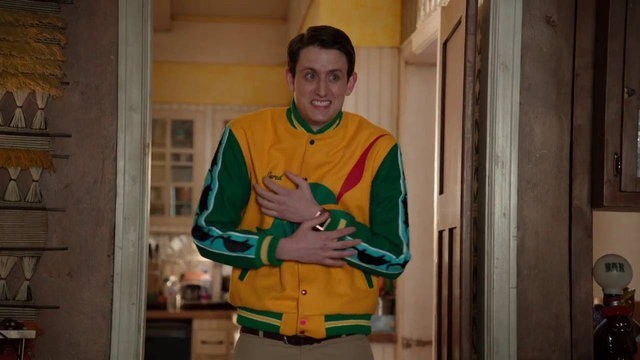 For most of the episode though, Silicon Valley is still dragging its feet with the Erlich conflict, which isn’t that funny, and deals with a lot of dry subjects like stock shifting, which aren’t very friendly for a sitcom, even one on HBO. There was a bit of interesting material derived from Richard finding out about Erlich selling his shares at least (after briefly suspecting Monica, which didn’t really go anywhere), after word gets out to Richard that there’s speculation about something being very wrong at the company, and Erlich having to trust his fate and reputation to Richard was also effective. It’s just annoying that the show couldn’t wring much entertainment value from the idea of Erlich being broke, which is a flaw that was already apparent in last week’s episode.

Fortunately, the final results of the episode were at least fairly satisfying, especially when it’s revealed that the rumoured, “Ugliness” that trended from Pied Piper was merely people commenting on the ugly sample jacket ordered by Jared. That was a very funny twist, especially when the episode closed out with an amusing gag of Dinesh trying to sing self-promoting karaoke in the ugly sample jacket. Beyond that, Richard deciding to make Erlich his head of PR was at least a good way to cap off Erlich losing his capital, as well as inevitably fixing the thorny issue of Richard wanting to cut ties with Erlich in this episode, after learning what he did to get himself out of the mess with Big Head. Obviously, that declaration by Richard wasn’t going to stick, but it’s still fulfilling to see these guys work it out in a way that is both amusing, and sets up good story ideas for the remaining two episodes of the season. 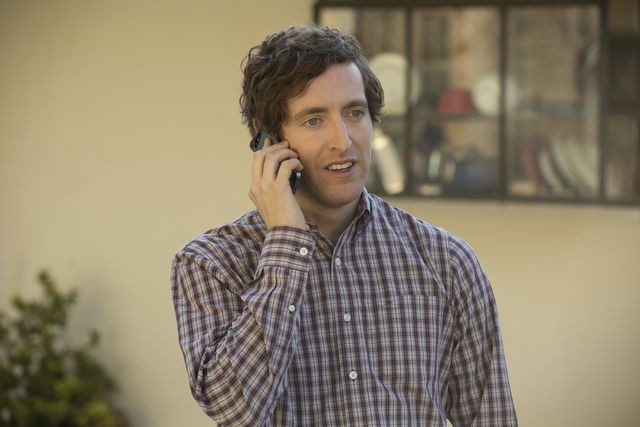 “Bachman’s Earnings Over-Ride” will make you glad that the mess with Erlich is over, but at least the funny subplots and interesting setup for a seasonal climax worked a lot better than the more dull main storyline. Erlich’s new role at Pied Piper is one with a lot of promise, and now that Gavin has alienated just about everyone else at Hooli and otherwise, the idea of him turning to Jack Barker makes sense, and presents an inspired way to make the beginning of the season wrap around to the climax. The jury’s still out on whether Erlich being in charge of Pied Piper’s PR will do more good than harm, but at least it should hopefully present an amusing new roller coaster for this startup’s reputation!