Powers purely went back to good old-fashioned detective work this week, though unfortunately, “Shaking the Tree” was a bit of an awkward offering for the show. It wasn’t a terrible offering, since the Retro Girl mystery is still intriguing, and the subplots even had a fair amount of entertainment value, but the show feels like it’s making a weird course correction with the season’s development here, suddenly substituting a new conflict at the expense of another.

After the rather heavy-handed domination of Powers Division by Lange last week, things inevitably get a lot worse very quickly for Walker and Pilgrim, but strangely, the episode doesn’t even go there right away. Instead, it opens with the leaking of an incriminating, Retro Girl-fetish-driven sex tape of Senator Brown, which basically comes out of nowhere. All of a sudden, Brown’s anti-Powers legislation is pretty much dead in the water, with no real buildup, making his character arc so far feel pretty pointless. 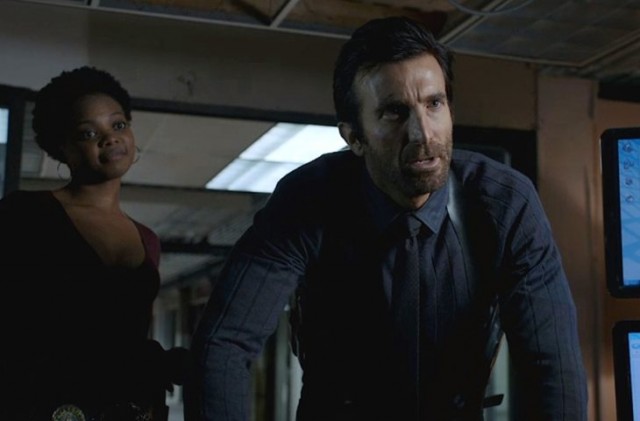 This got worse as the episode went on too. The show seemed to be moving towards Brown playing a key part in the big conspiracy of Retro Girl’s death, and the existence of a sex tape that could ruin him might have been an interesting angle, especially as blackmail leverage by the Hacks. Instead, the tape just immediately comes out, and the Hacks, who were in possession of the tape on account of owning the sex club that Brown was frequenting, simply got hacked themselves by Heavy, in order to discredit Brown. That seems a bit improbable, especially since the Hacks were recently established as being tech-savvy enough to shut down all of Los Angeles if they wanted to. They seriously let some random joker hack them with no trouble?

Still, the resourcefulness of Walker and Pilgrim was enjoyable here, especially as both are forced to make some pretty compromising measures in order to try and get ahead of the bad guys. Walker in particular makes a big show this week, when he agrees to a very public interview with Nicole Glantz, whereupon he leaks information that the FBI and the government were part of a top secret Powers-related program, one that ended up unleashing Heavy upon the world. This means that Lange can no longer bury the Retro Girl case, even if it does come at the expense of Walker’s and Pilgrim’s badges, cliched as that is. Even Pilgrim’s father ends up the target of reprisal, when an old, sensitive case is brought up, and suddenly brings him under scrutiny. It’s just a mess all around, especially when a later scene subtly suggests that Lange is just as concerned about the situation as Walker is. Is Lange somehow trying to protect Walker and Pilgrim by pushing them away? 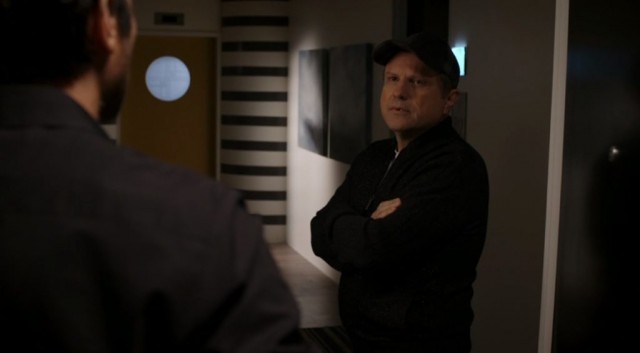 Surprisingly, the subplots with Calista and Zora were also pretty decent this week, even if Calista’s plot mainly worked because of the addition of Wil Wheaton’s rich, eccentric toymaker, Conrad Moody. Calista herself didn’t feel like she registered much this week, even during an otherwise interesting scene with SuperShock where they talk about reviving Unity, before SuperShock simply flies off and continues forsaking humanity (SuperShock pretty much also just took up space in this episode), but Wheaton was a big standout, and another strong addition to the show’s cast, delivering a charismatic, yet unsettling performance that effectively keeps audiences guessing about whether his character is on the level or not. Likewise, Zora training with Sergeant Martinez under the watchful eye of Triphammer also led to some solid scenes, especially considering that the action and effects noticeably improved in these sequences, however slightly.

Still, despite the individual character moments in this episode being fairly strong, the over-arching storyline still felt awkward and uneven. The storyline of this episode seemed to jump around a lot, and didn’t really have a sense of flow or cohesion, making it feel like a scattershot presentation of scenes that were fine on their own, but didn’t always feel like they meshed together. Likewise, the material with Senator Brown kind of falls flat, especially when he’s immediately and head-scratchingly deflated as a threat in an instant. The dramatic moment of Brown’s death in the epilogue scene has some proper impact in terms of further establishing the menace of Heavy (especially since it also seems to debunk my theory about Brown being the big mastermind of this mess), but that draws even more attention to the fact that Brown’s character never felt like he got off the ground properly, and now he’s just seemingly swept under the rug. 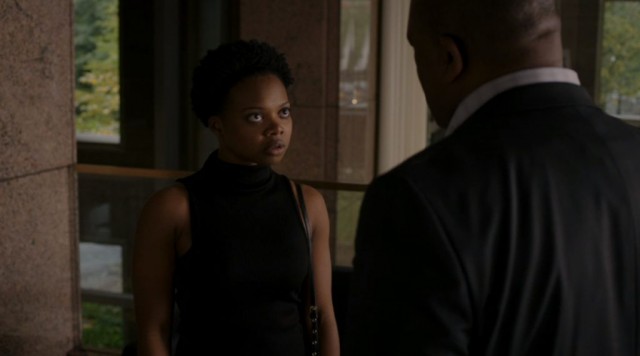 Powers can be a somewhat frustrating show, despite its many great ideas, and it’s episodes like this one that really make that apparent. The Retro Girl conspiracy and the character moments turned out pretty well this week, but the meandering presentation and transparent shuffling of the threat to the world also dragged those good moments down a bit. I’m definitely looking forward to seeing more of Wil Wheaton though, at the very least, especially since the new roles for both Conrad and Martinez look like they’ll be giving Calista and Zora far more useful things to do in the season’s back half.