In a shocking twist today, Warner Bros. has announced that their upcoming and highly anticipated game remaster bundle, Batman: Return to Arkham, has been delayed out of its planned July 29th release date. That’s not the shocking part however, as irregular as it is for game remasters to require a delay. The shocking part is that Warner Bros. has no idea when the remaster duology will be ready for release, and for now, it’s simply hanging in limbo. 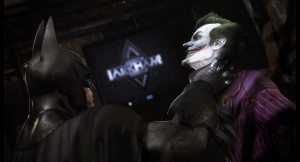 Warner Bros. has claimed, in a statement on their official forums, that they will let fans know when Batman: Return to Arkham will be ready for launch at a later date, but has no information to share at this time, beyond the fact that the remasters won’t arrive in July as planned. The indefinite delay came as a result of an internal evaluation by Warner Bros. on the work of the remaster duology’s development studio, Virtuos, who are taking over for original developers, Rocksteady Studios. Clearly, something was deemed to be quite unsatisfactory, as Warner Bros. is delaying the remaster package as long as they have to in order to fix some unspecified issue. Considering the PR nightmare that was the company’s highly botched PC port of last year’s Batman: Arkham Knight, which was secretly outsourced, and released with tons of framerate and stability problems, glitches and inferior production values on pretty much any computer setup, it’s no surprise that Warner Bros. is desperate to avoid a repeat of that disaster with the remasters.

Batman: Return to Arkham is aiming higher than most current-gen console remasters of last-gen games, as the package is not only being sold at a discounted $49.99 USD/$64.99 CDN, but will contain two games rather than just one, in this case 2009’s Batman: Arkham Asylum and 2011’s Batman: Arkham City, originally released for PC, Xbox 360 and PlayStation 3, and in the case of Batman: Arkham City, Wii U. The PlayStation 4 and Xbox One remasters of these games are promising considerable graphical improvements, including redesigned models, lighting, shading, environmental effects, and more. Naturally, the remasters will also include the entire selection of both games’ post-launch DLC to boot.

Keep swooping to Eggplante for all major news and updates on the Batman: Arkham games.