NOTE: Spoilers from throughout the third season of “Silicon Valley” are present in this review

Silicon Valley began its third season by promising to forge into bolder, larger territory for Pied Piper. With Richard fired and the company being placed under the care of new CEO, Jack Barker, the season was set for an especially hilarious, fulfilling new direction. The awesome first few episodes held true to that direction as well, even if the rest of Season Three ultimately suffered from too much backpedaling and weak humour, before rebounding again in the final two episodes.

A major problem with Season Three out of the gate is that many of its proposed changes to the show’s dynamic didn’t really end up sticking. Jack Barker ended up being a mere minor inconvenience in the end, rather than the serious obstacle that he was supposed to be, and while it is promising to have Barker’s ideas end up in the hands of Hooli, where they can actively be turned against Richard and co., this is something that wasn’t really capitalized on, and simply served as a tease for next year’s Season Four. Ultimately, the firing of Richard as CEO and appointing of Jack Barker to succeed him ended up being pretty pointless.

Another problematic character this season was Erlich, someone that the show seemed to want to change the role of, but then couldn’t commit to how exactly it wanted Erlich to evolve. Erlich having to struggle with the guys moving out was brought up, then reversed, then Erlich tried to enter an ill-fated partnership with the newly-rich Big Head, which was brought up, left them broke, and was then quickly reversed. Finally, at the very end of the season, Erlich’s trust in Richard appears to be permanently broken, after Richard doesn’t agree with Erlich’s controversial strategy of bailing the company out, but a mere scene later, Erlich has forgiven him. Sure, the season ending with Erlich and Big Head as the new owners of Pied Piper has some fair promise for next season in 2017, but considering the big ideas that the show had for Erlich especially, none of them felt effectively capitalized on this season.

All in all though, Silicon Valley still succeeded at all of the elements that it’s always done well. The interactions with the various characters were usually on-point and funny, with Gavin Belson and Jared Dunn being particular humour standouts this season, especially when Jared is the one that ultimately bends the rules to save the company towards the end of the season, rather than Erlich. The usual rapport between Dinesh and Gilfoyle was also hilarious as ever, with this season showing a potential hidden heart to Gilfoyle in a few scenes (though not at the full cost of Gilfoyle’s barbed, Satanist bluntness), even if Dinesh is still largely within the realm of being a put-upon stooge. The show may have largely wimped out of truly pushing Pied Piper to new heights, but at least these likable personalities are still plenty enjoyable to watch.

It was also a satisfying switch to upend the show’s formula by having the guys win more victories than they usually do, but also while struggling with a product that isn’t catching on in the season’s latter portion, when it’s made available. This had a lot more dramatic potency than Erlich’s tiresome financial drama, since the guys worked so hard to get out from under Jack Barker earlier in the season, who rejected their ideas in favour of another, only to fail when they trusted their own vision. Dinesh’s oft-mocked video chat app ending up keeping the company afloat again was also a rare victory for Dinesh’s character, which was nice, especially as the upcoming Season Four promises a union between Gavin Belson and Jack Barker, marking an especially dangerous corporate force for Pied Piper to be up against next year.

As for the individual episode storylines this year, most of them were good, though there were a couple of duffers too. “Bachmanity Insanity” was particularly problematic, being a romance-focused and trite episode that felt like it belonged in a far lesser sitcom. The season definitely had more good episodes than not-as-good episodes, though the bookends were definitely where the season was at its strongest. This is probably because the beginning and end of the season weren’t dragged down by the show’s weird need to backpedal in Season Three, as if the writers are constantly disagreeing on where episode storylines should lead. At other times, the middle-region episodes of the season just weren’t as funny as the bookend episodes. If the show was trying to make a big transition this season, it didn’t totally succeed. 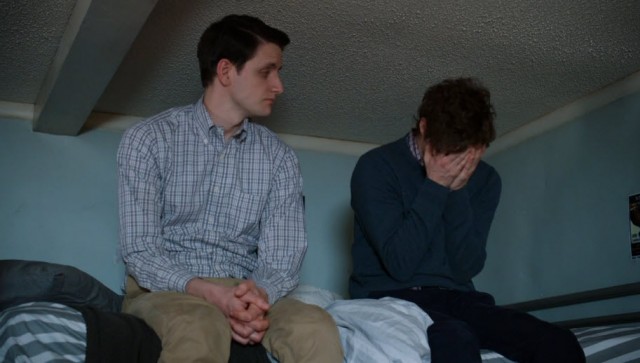 When all is said and done though, Silicon Valley still offered plenty of laughs, and plenty of reasons to keep staying invested in Pied Piper this year, even if Season Three definitely isn’t all that it could have been. Season Four looks to be very promising, and is perhaps the most promising season to date, between the Gavin/Jack team-up, and Monica now directly joining Pied Piper, after it’s newly acquired by Erlich and Big Head. Hopefully, Season Four better sticks to its initial vision, but as it stands, Season Three had enough laughs and startup shenanigans to feel worthy, even if it didn’t really raise the bar for this series as much as it wanted to.

Silicon Valley: Season Three Review
Silicon Valley set out with plenty of big ideas for Season Three, though backpedaled on a few too many of them, even if most of the season was still effectively funny and heartfelt.
THE GOOD STUFF
THE NOT-SO-GOOD STUFF
2016-07-03
84%Overall Score
Reader Rating: (0 Votes)
0%