Nintendo made the very surprising announcement of a re-release for their original home console, the NES today!… Well, sort of. In reality, the device in question is a miniature NES that will retail for $59.99 USD, and will release later this year, on November 11th. Predictably, a lot of people got very excited at this announcement, especially when speculation began to mount that the gadget might have Virtual Console support, allowing players to download more digital NES games to enjoy with an authentic-looking NES console and controllers! 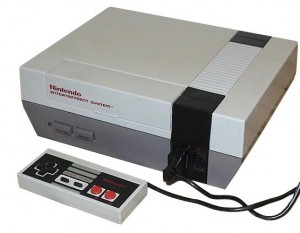 Sadly, though, that speculation was not meant to be. Nintendo has unfortunately confirmed shortly after announcing the mini NES device that, while it will have thirty built-in games from both its own first-party library and a few third-party libraries, the device will not have internet capability, Virtual Console capability, or any other support for physical media or accessories. Nintendo was coy on whether the mini NES would have any incentives related to the company’s recently-launched My Nintendo membership program, though they did confirm that the device will allow for save states, similar to the Virtual Console games offered on Nintendo 3DS and Wii U, which will allow players to make manual saves during gameplay wherever they wish, letting them suspend and pick up gameplay whenever necessary.

In brighter news, Nintendo has confirmed the exact list of thirty games that will be offered on the mini NES, and sure enough, it’s a great library of standout classics! You can check out the supported games, in alphabetical order, along with their respective developers, below:

As you can see, the games include quite a few third-party options from NES-friendly developers like Konami, Capcom and Tecmo, along with one favourite each from Technos Japan, Squaresoft and Taito, making it a pretty healthy library of NES classics, across quite a few genres. This basically makes the mini NES similar to the bootleg consoles that are particularly popular in regions like China, which somewhat emulate their original platform’s design in some cases, though obviously, in the case of the mini NES, it’s a fully official compilation console device released by Nintendo themselves. Some follow-ups like the Ninja Gaiden sequels, Castlevania III: Dracula’s Curse and Donkey Kong 3 seem to be missing from the mini NES, along with several other NES classics that aren’t featured, but that certainly leaves room for a second mini NES model in the future, along with possible mini Super NES consoles, which may offer the same package for Nintendo’s 16-bit console of the 90’s. 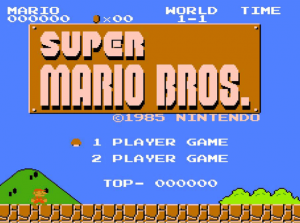 Another likely possibility however is that Nintendo is releasing the mini NES as an easy way to help boost their Holiday 2016 sales, which are poised to suffer from a lack of high-profile game releases compared to competing game makers, likely on account of Nintendo slowing game releases for their current devices to shift production ahead to next year’s mysterious next-gen Nintendo platform, code-named NX, rumoured to be a console/handheld hybrid device. Nintendo’s Wii U sales slate looks particularly grim for the end of the year, where they’ll be offering just one new high-profile Wii U exclusive for the Holiday launch quarter, Paper Mario: Color Splash, along with a couple of third-party Wii U ports for games like Skylanders: Imaginators and Just Dance 2017 (which is also coming to NX next year). The Nintendo 3DS’s Holiday launch slate looks a bit healthier, with Yo-Kai Watch 2: Bony Spirits/Fleshy Souls and Mario Party: Star Rush on the way, though it’s inevitable that most of Nintendo’s game sales will be carried by the juggernaut 3DS releases of Pokemon Sun and Pokemon Moon in November, especially with the company’s recent rollout launch of Pokemon GO on iOS and Android becoming a worldwide sensation.

Keep plugging in Eggplante for all major news and updates on Nintendo hardware.