HBO previously stated that the need for more hostile weather in the upcoming seventh season of Game of Thrones, which promises to bring a harsh Winter to Westeros at last, would delay production of the show, likely pushing it beyond each season’s usual Spring premiere window next year. Now, it’s set in stone, as HBO has just announced today that Game of Thrones’ seventh season will air a bit later than usual in 2017, specifically, during the Summer season, rather than Spring. This likely places it for a debut around late June to mid-July, rather than the March/April months that new seasons of Game of Thrones usually debut in, even though we can probably expect the show’s sitcom running mates, Silicon Valley and Veep, to debut their new seasons in the usual Spring slots.

Game of Thrones’ seventh season will also contain less episodes than the usual ten to boot. Appropriately enough, the season will feature seven episodes, which was foreshadowed by showrunners, David Benioff and D.B. Weiss, who confirmed that the show’s seventh and eighth seasons, which will apparently be the show’s final seasons, will have reduced episode counts. They will also continue moving beyond the series of A Song of Ice and Fire source novels, which have still only published five of their planned seven books at this point, after this year’s sixth season of Game of Thrones started working in story elements from the in-development sixth book, The Winds of Winter. 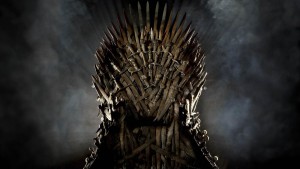 Keep charging Eggplante for all major news and updates on Game of Thrones.