After some rather interesting teases from Marvel leading up to this year’s now-ongoing San Diego Comic-Con, it looked like Agents of S.H.I.E.L.D. would be making a shocking addition to the Marvel Cinematic Universe next season! A bus with a lengthy display of flaming chains seemed to indicate that Ghost Rider, the Spirit of Vengeance himself, would be appearing on the show in some capacity in Season Four, though obviously, Marvel never clarified what the suspicious art meant. 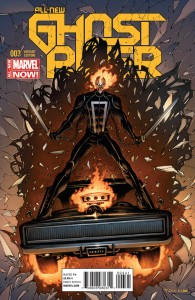 Until now! Speaking at Comic-Con today, during an Agents of S.H.I.E.L.D. panel, Marvel directly confirmed that Ghost Rider will be featured in the upcoming fourth season of the show. Not only that, but it seems like the Spirit of Vengeance will be a key part of the season premiere, with Marvel Television head, Jeph Loeb stating that Ghost Rider is kicking off what he claims is the biggest and most ambitious season of Agents of S.H.I.E.L.D. to date! A promo was also shown at the panel, later making its way online, which seems to depict the approximate design of Ghost Rider as he’ll appear in the Marvel Cinematic Universe, with an exhibit also showing off the big black car that he’ll be riding in.

Yes, car, not motorcycle. While the Johnny Blaze incarnation of Ghost Rider is the most well-known, for being the first and longest-running incarnation of the character in the Marvel Comics Universe, as well as the incarnation from the duo of live-action Ghost Rider movies from Sony Pictures (who voluntarily sold their Ghost Rider rights back to Marvel in 2012, after the critical and commercial failure of 2011’s Ghost Rider: Spirit of Vengeance, thus allowing Ghost Rider to be featured in the MCU), the version in the MCU appears to be the newest Ghost Rider from the printed panels; Robbie Reyes. who rides a car, not the motorcycle from prior incarnations of the character. Reyes is a mechanic who becomes empowered by the Spirit of Vengeance in the All-New Ghost Rider run of comics, and uses its supernatural abilities to both win street races and fight local gangs. He will be portrayed by Gabriel Luna in Agents of S.H.I.E.L.D., best known for his stint on HBO’s True Detective. 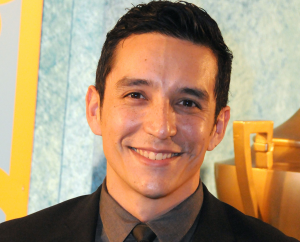 At this point, it’s unknown if prior Ghost Rider incarnations, Johnny Blaze or Danny Ketch exist at all in the MCU, if the Golden Age Ghost Rider (since renamed to ‘Phantom Rider’), Carter Slade may exist there either, or if Reyes is the one and only Ghost Rider in Marvel’s shared live-action universe. It’s likely however that Blaze at least may not ever exist in the MCU, since, should Marvel regain creative control of the Fantastic Four movie rights from 20th Century Fox in the near future, they would likely want to avoid confusion between Johnny Blaze and Fantastic Four member, Johnny Storm, a.k.a. Human Torch, particularly given Storm’s fiery abilities in Marvel lore. There’s no announced movement regarding Marvel regaining creative control of the Fantastic Four and related personalities to use in the MCU yet, despite Fox scrapping the planned sequel to their disastrous Fantastic Four reboot from last year, but it’s rumoured that Fox is voluntarily allowing Marvel to re-assume creative control of the Fantastic Four personalities, in exchange for their duo of X-Men television licenses that they received for FOX and FX late last year.

Keep riding to Eggplante for all major news and updates on Agents of S.H.I.E.L.D., and other big developments for the Marvel Cinematic Universe.