One of the frequent frustrations with modern Sonic the Hedgehog games is their straying from the fundamental appeal of the series from its Sega Genesis glory days, particularly regarding the contested full series reboot, Sonic Boom, which produced a decent cartoon, and two rather awful game tie-ins to kick it off. Well, it looks like Sega is trying to address that frustration directly now, as they’ve just announced an all-new Sonic the Hedgehog game at this year’s San Diego Comic-Con; Sonic Mania. 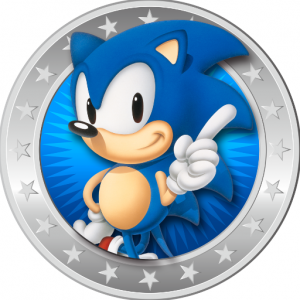 Sonic Mania aims to re-imagine familiar level designs from Sonic the Hedgehog, Sonic the Hedgehog 2, Sonic the Hedgehog 3, and Sonic & Knuckles, along with including some entirely new stage designs to boot. Each stage can apparently also be played not only with Sonic himself, but also with Tails or Knuckles. The game is a project that is being put together between Sega of America, PagodaWest Games, and Christian Whitehead, the individual behind the well-received HD port of Sonic CD, and is likely being announced in the spirit of this year’s 25th Anniversary celebration for the franchise. The developer roster would seem to indicate that the game is not the same Sonic game project that’s being worked on by Sonic Team either, which has yet to be formally announced.

Little is known about Sonic Mania’s finer mechanics and features for now, beyond the idea of remixing classic stage designs, and a minute-long teaser that Sega released shortly after the announcement, but we’ll apparently hear more about the game later this year. Sonic Mania is scheduled to release at some point in 2017, and has been announced for PlayStation 4, Xbox One and PC.

Keep racing to Eggplante for all major news and updates.