With last month’s San Diego Comic-Con confirming the news that the villainous Vulture will serve as the main villain in next year’s Marvel Cinematic Universe-set Spider-Man movie, Spider-Man: Homecoming, we’ve just gotten confirmation from official source, Deadline that the movie’s other rumoured villain, The Tinkerer, has found his own face. Orange is the New Black’s Michael Chernus has been cast as The Tinkerer in Spider-Man: Homecoming, where he will serve as a secondary villain to The Vulture, and will apparently be the one who designs Vulture’s flying harness and battle suit in the movie, allegedly out of pilfered Chitauri technology left in New York from the climactic battle of 2012 crossover movie, The Avengers. 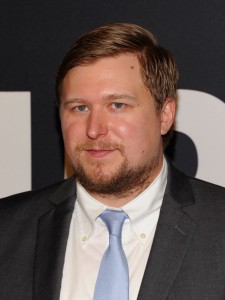 Chernus’ casting lines up with the rumour that Sony and Marvel wanted to tweak The Tinkerer, a.k.a. Phineas Mason, who is elderly in Marvel Comics lore, to have a decades-younger incarnation for the Marvel Cinematic Universe, likely to serve as a connecting thread between future foes of Spidey in potential (and likely) sequels to Spider-Man: Homecoming. The late casting notice of Chernus also seems to suggest that Tinkerer won’t have many scenes in Spider-Man: Homecoming, and will likely be developed over the course of several movies, despite his important connection to The Vulture.

The casting of Chernus as The Tinkerer begs an interesting question though; Who is Logan Marshall-Green playing then? It was previously assumed that the Prometheus actor would be the rumoured younger Tinkerer in the movie, since he was outed as playing a secondary villain, but Chernus being Tinkerer now points to Marshall-Green playing another character entirely. Considering that director, Jon Watts has intentionally shrouded quite a bit of Spider-Man: Homecoming’s characters in mystery, it’s possible that at least some of them are playing recognizable faces from Marvel lore that will clearly influence the direction of sequels.

This also means that Marshall-Green, one of the many actors playing an unknown character, could be playing a recognizable foe of Spider-Man from Marvel Comics lore that hasn’t been announced yet, and the possibilities are many. It’s unlikely that Marshall-Green is playing a villain that’s already been realized on the big screen though, since Marvel Studios boss, Kevin Feige stated that the plan with Spider-Man: Homecoming is to not feature villains that have been done before in Sony Pictures’ prior Spider-Man movies, even if sequels could bring in new MCU incarnations of these baddies.

Spider-Man: Homecoming will swing into theatres on July 7th, 2017.

Keep swinging to Eggplante for all major news and updates on the Spider-Man movie.