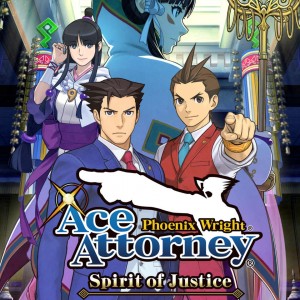 Phoenix Wright: Ace Attorney – Spirit of Justice will feature an ensemble cast, including its title character, and each hero will collaborate on a new batch of mystifying cases, within a brand new European backdrop. Phoenix Wright, Apollo Justice and Athena Cykes will all return from the previous mainline entry, Phoenix Wright: Ace Attorney – Dual Destinies, and each will sport their familiar respective abilities. Phoenix can use his Magatama to expose Psyche-Locks that can be broken to unearth hidden truths with evidence, Apollo can use his bracelet to detect nervous tics in witnesses and suspects to reveal secrets that they’re scared to speak about, and Athena Cykes can use her Mood Matrix to draw out testimony amidst overpowering witness emotions. Another returning personality from prior games, Ema Skye, will also be included, who can use her forensic tools to expose hidden evidence during investigations.

Capcom has also confirmed that Phoenix Wright: Ace Attorney – Spirit of Justice will offer an early demo on the 3DS eShop for any 3DS or 2DS owner to download and enjoy free of charge. The demo will drop on August 25th, and will spotlight an all-new mechanic called Divination Seances, which will allow players to learn the truth about a murder by witnessing the final few moments of a victim’s life. This mechanic will be spearheaded by a brand new personality, a priestess called Rayfa Padma Khura’in, who will join the ensemble in the new European setting.

Keep arguing Eggplante for all major news and updates on Ace Attorney.