After being off the airwaves for three months, Fear the Walking Dead delivered a surprisingly solid midseason premiere in, “Grotesque”, an episode that focused purely on a wandering Nick, now separated from the rest of his group. As usual, I’m not going to immediately get optimistic about the back half of Season Two, since this show still has a lot to prove before we can start even thinking about seriously comparing it to the main Walking Dead series (which has suffered from noticeably diminished quality itself lately), but once again, I will cautiously declare this episode to be a step in the right direction for this spin-off.

For a start, the solo focus on Nick proved to be highly beneficial. It allowed viewers to ease back into the series after the busy, tumultuous events of midseason finale, “Shiva” from back in May, while also fleshing out Nick’s character more, and adding new, effective dimensions to him that the show has largely failed to do up to this point. Sure, a lot of it is Nick just stumbling around the Mexican desert, and there are a few scenes that do somewhat drag in this regard, but the way that the show intercut these scenes with flashbacks involving Nick’s former strained history with his family, and especially his late father, helped to alleviate this. 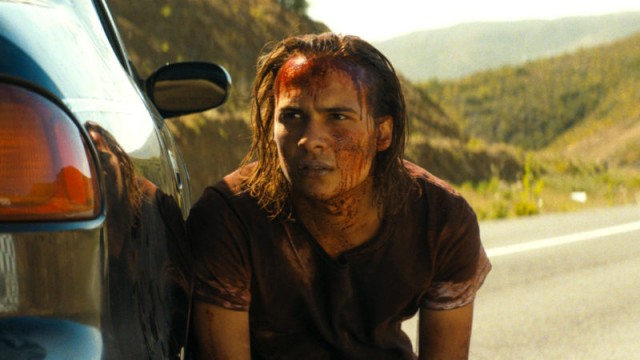 Yes, it turns out that the Clark patriarch actually passed away, and didn’t simply divorce Madison, with Nick learning the news after Madison visits him in rehab one day. It seems to be this news that drove Nick into an even harder lifestyle of drugs, which was where we picked up with him during this show’s pilot episode last year, and in a way, it is understandable, even if Nick’s drug habit is still portrayed in a pretty reprehensible light. Still, the strained connection to his deceased father helped to make Nick more likable than he’s been in a long while, especially when we see scenes of Nick hanging out with an apparent love interest of his in rehab, role-playing a candid conversation with his father where he scolds him for always being tired, and never truly connecting with Nick or the world around him. Clearly, Nick regrets the way he left things with his father, and even if this doesn’t fully excuse some of his awful behaviour throughout this show, at least it helps to explain a bit of it.

This tiny appearance by Madison in the past is the only point in this episode when the rest of the family is even remotely glimpsed, but we do meet several other survivors over the course of this story, even if several of them remain nameless. Nick is chased out of one particular hideaway by a manic Mexican woman, and even loses his supplies in the process, which forces him to vainly try to break into cacti for water, drink his own urine, and even consume raw dog meat, after some pooches get eaten by Walkers, after failing to make a meal out of Nick. The cactus idea was sound, though drinking unfiltered urine and eating raw dog meat is probably not the best way to survive. Still, Nick isn’t a survivalist, and the show acknowledging his desperation in this way did work pretty well, even if some of these scenes were noticeably played for excessive shock value. What were two stray dogs doing this far out in the wilderness in the first place? 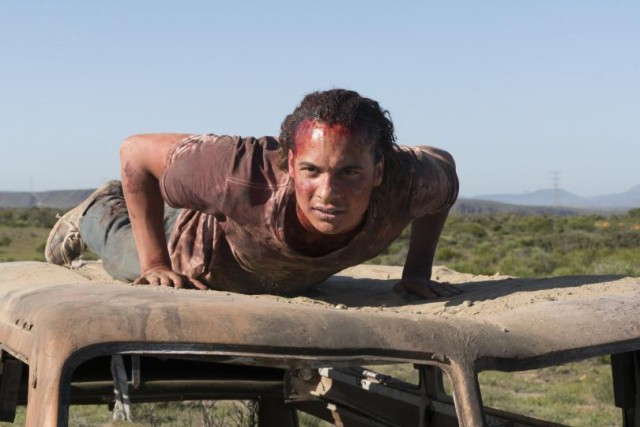 As much as Nick’s struggles and desperation are portrayed well though, there are a couple of faulty instances where the show seems to write itself into a corner, and give Nick an easy way out when it really doesn’t make sense. The most noticeable moments here come when Nick ends up being attacked by a group of Mexican bandits, who find him and try to kill him (despite the fact that he has no supplies?), but then seem to give up on him very quickly. Why even bother engaging him then? It would have been better if Nick had successfully blended in with the Walkers to the point where the bandits didn’t even notice him, which would have been more symbolic and more logical. Forcing an attack just looks like the show doesn’t trust its events to be interesting enough without a pointless action moment, or gratuitous gore, which this episode also seemed to crank up quite a bit, even by the standards of the Walking Dead universe.

When all is said and done, Nick does eventually get rescued by a group of survivors, who initially abandon him to his fate before magically contrived rain revitalizes him enough to make it to a town (another bit of pointless drama, because the Mexican survivors just find Nick again a few minutes later), but eventually give him water and bring him to a nearby community. Nick gets fixed up by a doctor, who conveniently speaks English, fortunately, and the episode ends with Nick walking out into a bustling, lively and happy community of Mexican townsfolk. Luckily, all’s well that ends well for Nick, at least at this point, and it looks like separating from both Celia and his family nonetheless led him to a positive destination. Sure, it’s not bound to stay that way, and we’ll see if Nick is proven right about his family destroying everything in their path when they inevitably come knocking, but it’s equally possible that this community is another Celia stop, and is just as vicious and savage as those bandits in the end. Hell, maybe the bandits are even from here! 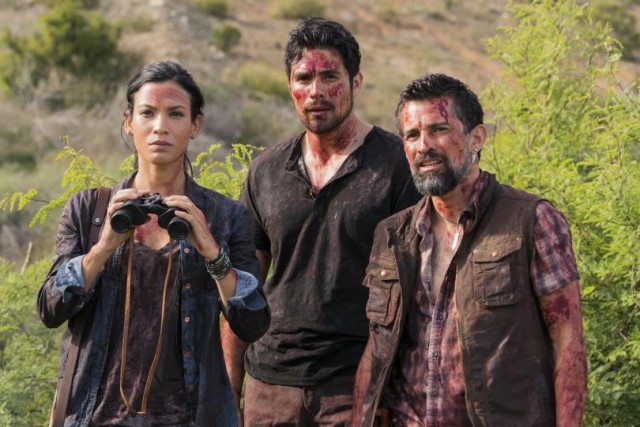 It’s a relief to see Fear the Walking Dead start the back half of Season Two without falling flat on its face, but like I said, it’s still too early to celebrate the show fully coming into its own. It’s going to take more than one good episode to make this a truly worthwhile spin-off, but at least, “Grotesque” is one positive step, and could be the first in an overdue chain of positive steps that could get this series approaching a solid level of quality. We’ll see. For now though, this Nick-focused episode was a success, and it will be interesting to catch up with the rest of the Clark family and co. next week, to see if they’re faring any better.