After a surprisingly solid midseason premiere last week, Fear the Walking Dead continued on another surprisingly decent episode this week. “Los Muertos” continued on with the Nick storyline, while adding in a reunion with the main Clark party, currently comprising Madison, Alicia, Ofelia and Strand. Both of these plots were realized fairly well too, as Nick and the other survivors ponder their situation, and start processing the hardship behind being separated from their loved ones for the first time.

In terms of building character, this episode really shone, and that was great to see. Fear the Walking Dead is still a lesser spin-off overall, but it is slowly becoming more watchable in the back half of its second season, since the characters are starting to act more sensibly, without contriving idiotic reasons to create pointless drama. Sure, there’s a few questionable decisions made in this episode, but for once, the bad decisions actually felt organic, and made sense in regards to the story’s current events, which is a lot better than many former episodes, where characters did inexplicably stupid things to unrealistically create trouble for literally no reason. 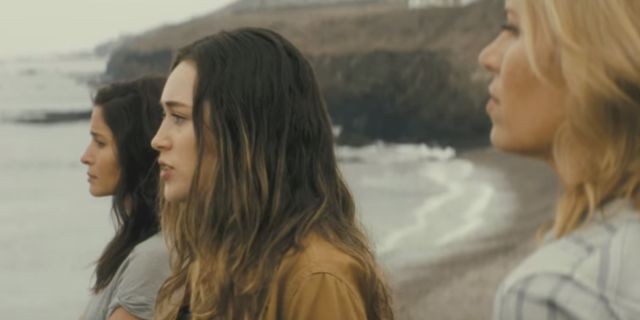 Another element that worked pretty well in this episode was allowing the other group of survivors to take the same breather that Nick took in the midseason premiere that focused entirely on him last week. Like I said, a lot of the episode’s strongest moments simply involved characters talking to each other, taking stock of emotions, and trying to figure out where to go from here. Alicia and Ofelia had a pretty good clash of ideas when it came to surviving and the reasoning behind carrying on, just as Madison and Strand discuss family, unwinding, and how they could have just as easily met if the Walker apocalypse had never happened, even if under very different circumstances, and with very different results.

Actually, speaking of Alicia, her character seems to be improving a bit, since she’s starting to act more like the smart, independent young woman that she was billed as at the start of this series. That’s great, since Alicia spent most of last season and the beginning portions of this season acting like an illogical, infuriating idiot, probably second only to Nick, so the idea of her being the survivor and taking on a leadership role, to the point where even Madison is pleasantly surprised at how much she’s grown up, is a very good change for Alicia’s character. With the group separated, someone has to be delivering the voice to carry on, and it obviously won’t be the cynical Strand or the grieving Ofelia. Sure, the show set out with the idea that Madison was kind of the group leader, but honestly, maybe Alicia could be an even better choice. Time will tell. 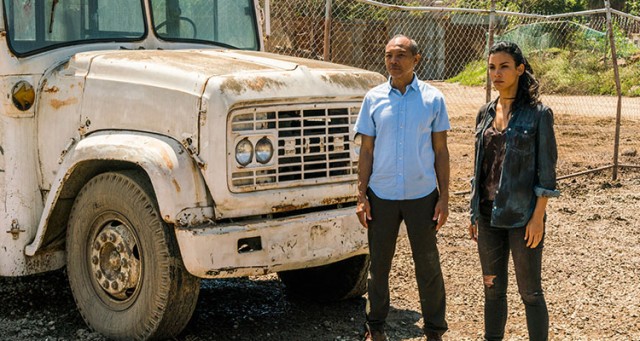 As for Nick, he continues to settle into the new Mexican survivors’ colony, but, shock of shocks, there’s something creepy and untrustworthy about it. Don’t forget, this is the Walking Dead universe, where pretty much every group and colony either has a dark secret, or is completely incompetent until the main heroes show up. Regardless, Nick gets to spend some time with Luciana, the leader of the survivors who rescued him in the previous episode, and gets to learn a bit more about the group as he goes, namely that they like feeding near-death citizens to Walkers alive (seriously, they can’t mercy kill the people first?), and they deal with a rough, uncompromising gang of drug dealers to get most of their supplies.

Like Alicia, the new circumstances have noticeably improved Nick’s character, who is now smarter and stronger than he was in Season One especially. There is one questionable call that Nick makes in this episode, though at least it leads to a surprisingly heartfelt result, so it’s kind of forgivable. Nick tries to steal a pastry from the drug dealers’ supermarket turf, which is objectively pretty stupid, and he just barely manages to talk his way out of a maiming by promising that the gang’s medicine from the settlement will be cut off if they hurt or kill him, in turn endangering the rest of the settlement. Again, a pretty stupid call, but Nick’s motivations being for the little girl whose father was sacrificed to the Walkers at the start of the episode was a better than expected result, and did show that Nick is gradually becoming a little less selfish now. Also good was the fact that the episode did acknowledge the stupidity of Nick pissing off the gang, with the pharmacist (who has somehow survived being bitten without turning) saying that if Nick endangers the colony again, he’ll be fed to the Walkers himself. As much as Nick’s intentions were noble, he’ll probably think twice about the greater good and false hope next time, which works to the benefit of his character. 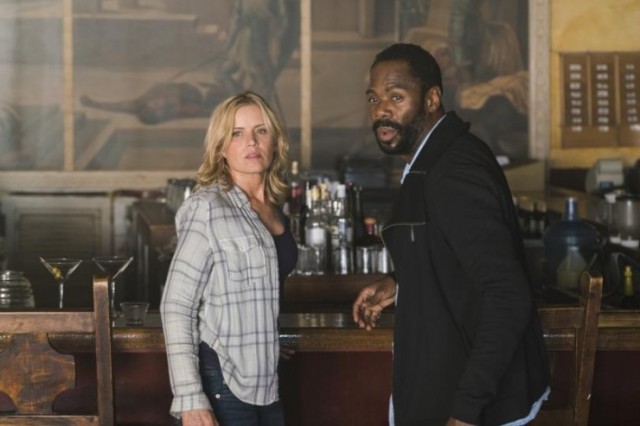 Another questionable call, though one that sort of made sense, was the other survivors making their way to a hotel resort, with Alicia and Ofelia combing through the various rooms for supplies, while Madison and Strand take a load off at the bar and drink. The conversations shared between Madison and Strand were great, and even if getting drunk may not have been the best decision, at least it was understandable, considering that Travis and Chris are now missing, Nick abandoned Madison’s party, and Strand had to sacrifice Thomas. What was a bit less understandable however was Strand banging on a piano, which summons a bunch of Walkers to surround him and Madison, right as Alicia gets cut off, and Ofelia disappears for some reason, and this is where the episode ends.

Uh, why the hell did Ofelia vanish? Moreover, even considering that he’s a bit tipsy, why would Strand think that it’s suddenly a good idea to hammer on a piano in an apocalypse where Walkers somehow have far better hearing than living humans do, despite highly diminished brain activity? Yes, I know, that’s one thing that’s especially unrealistic about zombies even in this universe, but even so, that’s a pretty basic rule with Walkers that Strand is violating for no reason. The episode came that close to not being dragged down by contrived stupidity like this, least of all from Strand, but the story did trip at the finish line here, by forcing a cliffhanger that didn’t necessarily need to happen. 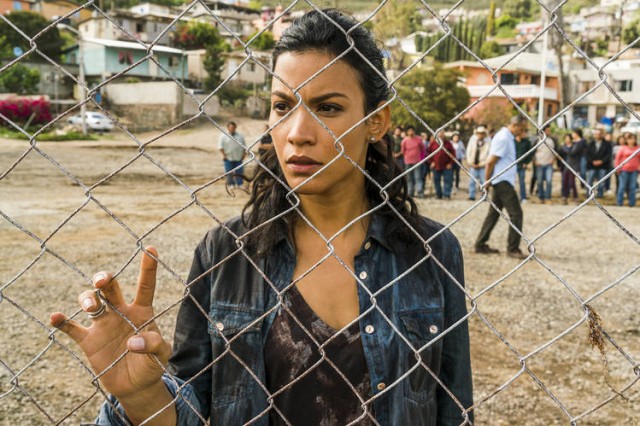 Still, Fear the Walking Dead is nonetheless avoiding tedium, contrivance and frustration for more than one episode now, at least for the most part, so I’ll count my blessings. “Los Muertos” was another solid episode that shows some gradual improvement in the back half of Season Two, and will hopefully keep the season’s remaining episodes firmly within watchable territory. I think it’s probably too much to hope that Season Two will suddenly make Fear the Walking Dead into excellent entertainment in its back half, after this show’s numerous struggles to date, but maybe by the end of the season, should we get more episodes like the past couple, at least it can start to feel like this series has more justification to exist.