Rumours recently broke that iconic DC Comics super-villain, Deathstroke would soon be making his way to the big screen DC Extended Universe, rumours that were started by current Batman star, Ben Affleck on social media no less! Today, DC Films boss, Geoff Johns confirmed the reports, saying that, yes, Deathstroke is indeed set to menace the DC Extended Universe, and not only that, but Johns was happy to reveal who was behind the mask in Ben Affleck’s mysterious teaser video! That’s Magic Mike star, Joe Manganiello, and yes, he will portray Deathstroke in Affleck’s in-development solo Batman movie, which Johns is co-writing with him, and which doesn’t currently have a release date. 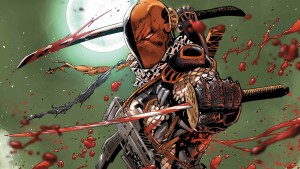 Johns was a bit coy on whether Deathstroke will be the main villain of the untitled Batman movie, but it seems that he’ll definitely be at least one of the principal antagonists. Reports of Jared Leto’s Joker returning to menace the Dark Knight in the movie remain unconfirmed, however likely they are, and given reports that Margot Robbie’s Harley Quinn will star in a female-driven Suicide Squad spin-off, one that Warner Bros. is apparently keen on getting into production, the likelihood of Harley showing up in the mysterious Batman movie is also unknown. Johns was also mum on whether Manganiello’s Deathstroke may appear in next year’s ensemble movie, Justice League. 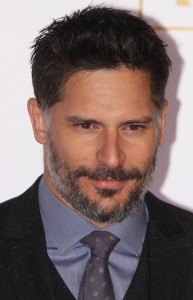 Deathstroke, sometimes also referred to as ‘Deathstroke the Terminator’, began as the arch-nemesis to adolescent superhero squadron, the Teen Titans, though has since branched out into being one of the biggest and deadliest villains for the entire DC Universe, even squaring off against the entire Justice League at times. Also known by the civilian identity of Slade Wilson, Deathstroke is one of the most skilled hand-to-hand combatants in the DC Universe, and has even bested Batman, the other best hand-to-hand combatant in the DC Universe, on more than one occasion. In DC Comics lore, the character makes use of performance enhancements to grant him increased strength, speed and stamina, and is a master at many fighting styles, particularly has penchant for dual-wielded swords. As an interesting bit of trivia, Deathstroke also indirectly inspired the creation of highly beloved Marvel anti-hero, Deadpool, which is referenced by an in-joke where Marvel gave the similar-looking Deadpool the civilian identity of ‘Wade Wilson’, obviously heavily resembling Deathstroke’s civilian identity of ‘Slade Wilson’.

Deathstroke has seen several live-action interpretations on television previously, though only one of them has been true to the character. On Lois & Clark: The New Adventures of Superman, an assassin character referring to himself as ‘Deathstroke’, played by Antonio Saboto Jr., received magnetism powers and was thwarted by Superman, though this character’s civilian name was Bob Stanford, and beyond the Deathstroke mantle, he had absolutely nothing to do with his DC Comics inspiration. The same is mostly true of ‘Slade Wilson’ as interpreted on The CW’s wrapped Superman prequel series, Smallville, an aged military man played by Michael Hogan, who is given a cybernetic eye and is behind anti-superhuman legislation, though the character never properly refers to himself as ‘Deathstroke’, and demonstrates none of his DC Comics inspiration’s abilities. The one true and beloved portrayal of the character came via The CW’s current Green Arrow-starring series, Arrow, where he was portrayed by Manu Bennett, and made use of an unrefined super-soldier drug to amass a fortune, frightening combat abilities, and his own army of thugs. Bennett’s Deathstroke is widely considered to be the best Arrow villain to date, and the current standard for live-action portrayals of Deathstroke, though unfortunately, this new big screen Deathstroke means that Bennett’s Deathstroke appears to be barred from the DC Television Universe now, until further notice.

Keep targeting Eggplante for all major news and updates on DC’s movie projects.