The Travis/Chris storyline sat out this week’s episode of Fear the Walking Dead, in favour of picking up the Nick storyline again, while also continuing along with the hotel storyline that Madison, Alicia and Strand are a part of. I suppose Ofelia is technically a part of that too, but she’s still conveniently MIA, and it still feels contrived for the sake of the plot, though at the very least, “Pablo & Jessica” was a fairly good episode, even if it still suffered some noticeable flaws here and there.

Unfortunately, the episode doesn’t hit the ground running, and that’s the first noticeable flaw; The opener with Madison and Strand is kind of tedious. The opener is set up in such a way as to create suspense with whether or not Madison or Strand will escape the big horde of Walkers in the bar, whether they’ll successfully reunite with Alicia and Ofelia, or whether Alicia abandoned them. You can see the obvious problem with this though; Thanks to the conclusion of last week’s episode, we already know that Madison and Strand escape, and we already know that they reunite with Alicia, if not Ofelia. This makes the episode’s opening minutes feel pointless and devoid of tension, beyond providing a quick explanation for how Madison and Strand got away from being trapped by Walkers in the bar. 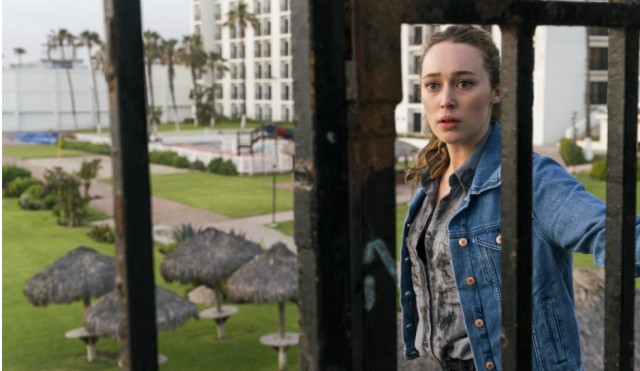 Speaking of forcing a scenario, the survivors’ vehicle conveniently goes missing in this episode, just like the Abigail did two episodes ago, because of course the vehicle goes missing! Fear the Walking Dead is still way too transparent with these convenient writing excuses. Yes, Strand naturally theorizes that Ofelia just drove away with the vehicle, but why in the world would she do that? Sure, she talked with Alicia about how the group can’t survive when she first got to the hotel, but is that brief lapse in faith really enough incentive to make Alicia basically go on some unidentified suicide mission, and screw over the group that was looking after her while she’s at it?! Maybe she went off to look for Daniel, if she was indeed the one to take the car, but that’s still stupid. The show really needed a better excuse to ditch Ofelia, or better yet, just not ditch her. What has getting rid of Ofelia even done for the plot at this point? Why can’t she just help out and be quiet? That would have been acceptable.

At the very least, we do get a fairly exciting scene where Alicia figures out a way to lure the Walkers out of the hotel and drop them off the pier and into the water outside, where a riptide can conveniently dispose of them all, without the survivors having to go room by room and get rid of them. Again, Alicia becoming more of a smart, independent leader works in great service to her character, even if the show still pretending that Madison is going to die constantly is getting pretty annoying. Madison being the one to lure the Walkers onto the pier came with some tension, but the show clearly isn’t going to kill her off here, since her arc with Alicia is still too important and unfinished, so why pretend otherwise?

Fortunately, the Nick material was pretty strong this week, and it’s kind of amazing how much Nick’s character has turned around in the span of just a few episodes. Nick was formerly one of this show’s most insufferable characters, but now, he’s actually developing a sense of honour, and is becoming a genuine positive force for his community. Even his junkie history has a use at last, since he uses his drug know-how to buy the community more time to stave off attackers, thanks to more potent medicine. We also see Nick getting closer to Luciana this week, and all of these scenes worked very well, especially when Luciana’s brother, Pablo dies off-screen, and Nick is the one to try and comfort her. As much as Luciana didn’t respect Nick at first, it’s rewarding to see these two form a partnership, one that very blatantly seems poised to become a romance. For once, viewers will easily care about Nick and his relationship to someone else, and that’s a great thing!

Another great scene in this episode came towards the end, when we learn that the groom from the ill-fated wedding didn’t let his zombified bride out of the room that she was confined in, since he isn’t able to let her go. The bride is the titular ‘Jessica’, and Strand offering to take care of the bride for the groom was a very touching moment. It worked even better when Strand declares to Madison earlier in the episode that the hotel can never be home, because he had a home with Celia and Thomas beforehand, yet, in taking care of Jessica, Strand had to let that part of his life go, just like how Jessica’s groom must now move on. You see, Fear the Walking Dead, this is a great character moment! You’ve been figuring them out a little more frequently lately, so keep it up! 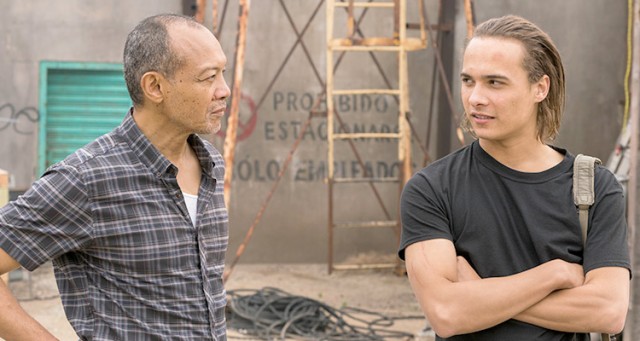 Thus, we have another good episode for Fear the Walking Dead this week, especially when we continue to see several characters move towards very interesting story turnouts. Not every moment worked this week, and the episode’s attempts at excitement were undercut by the obvious lack of real suspense, but Fear the Walking Dead is still crawling towards being a genuinely good show, and a worthy spin-off to The Walking Dead. There’s still time for it to drop the ball before its second season has wrapped, but it’s carried the ball longer than it ever has before at this point, so maybe, my optimism can start being a little less cautious. It’s still cautious, but for this show’s standards, it’s more steadfast than it’s been in a long time.