NOTE: This review contains some mild spoilers for the debut season of “Haters Back Off.” That said, the review is written to accommodate those who have not yet watched the series, and as such, will avoid discussion of major plot developments.

As the internet continues to take over a large chunk of mainstream media consumption, Millennials in particular have become ever more attracted to the idea of being famous. In an age where literally anyone can become famous through the power of the internet, with enough effort, determination, resources and luck, the idea of entering the public eye is no longer an exclusive, gated-off life event for anyone not living in New York, Los Angeles or other such regions. That being said though, there have been some downsides to opening the path of fame up to anyone in the modern internet age, namely that not every person who attempts to become ‘internet-famous’ or otherwise is talented, likable, or providing of anything that’s of true creative or artistic worth.

Enter Miranda Sings, a fictional personality portrayed by comedian and actress, Colleen Ballinger, who was first popularized on YouTube. Ballinger has since taken Miranda Sings to live comedy venues, expos, and other such locations for full in-character comedy acts, with the Miranda Sings YouTube channel now having over seven million subscribers to date. To put it simply, Miranda is essentially the Millennial version of Sacha Baron Cohen’s Borat or Ali G. characters, made specifically for the internet community. Fittingly then, the purpose of Miranda’s character is to satirize people trying to be famous on the internet that have no business being famous in any capacity. Like many of the people Ballinger’s character aims to poke fun at, Miranda is talent-less, unlikable, abrasive, thin-skinned, self-absorbed and very, very tacky-looking, being personified by her grungy hair and sloppy lipstick.

Now, compounding the ironic tragedy of her character’s imaginary failings, Miranda Sings has her own sitcom, available exclusively on Netflix. Miranda has become such a popular YouTube personality that her now headlining her own television series seems like a logical next step, beyond the fact that YouTube personalities have never gotten a TV series gig before. YouTube personalities have gotten feature films before (even though they aren’t exactly good feature films), but this is the first time that a YouTube character has headlined their own proper television show, on Netflix or otherwise. The series, dubbed ‘Haters Back Off‘, taken from Miranda’s most well-known catchphrase when responding to negative comments on her videos, fleshes out Miranda’s origins and family life, chronicling the early efforts of her character to become famous, using YouTube as her first outlet for her un-talented antics.

It’s not difficult to discern that Haters Back Off is merely the latest in Netflix’s recent conga line of highly experimental original sitcoms, which are as creatively diverse as they are ranging extensively in quality. Where does the debut season of Haters Back Off ultimately land on the spectrum of Netflix’s original comedy shows? In the end, it falls somewhere in the higher-middle region. The first eight episodes of Haters Back Off, which comprise Season One, have enough quality jokes and satire to get by, and can be legitimately funny when their writing is at its best. This show is built on a very particular style of comedy though, namely consistently awkward, uncomfortable comedy. If that’s the kind of humour you find most funny, then you’ll enjoy Haters Back Off pretty easily. Anyone who doesn’t want to watch a combined four hours or so of a character who is aggressively spoiled and stupid however, and one that will likely get on your nerves before long, probably won’t have quite as much fun here. 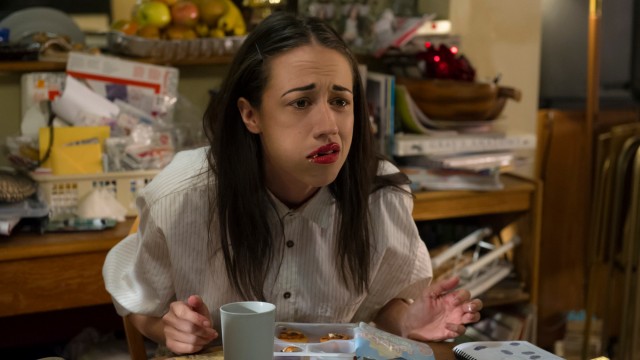 Naturally, Colleen Ballinger throws herself into the Miranda character like never before for this show, and for better or for worse, she once again disappears so completely into Miranda Sings that she steals the show and runs with it. Even as we’re now getting to know other characters in Miranda’s life, this is still firmly Miranda’s show, as many of the events revolve firmly around Miranda’s desire to be famous and Miranda’s desire to succeed, often at the expense of the people around her. That’s another thing that you really have to have a high humour tolerance for; Someone who almost consistently screws over every friend or family member they have around them, and is universally unrepentant in their rudeness and selfishness. Miranda is not a nice character, nor is she a character that anyone should really aspire to being. Miranda Sings is a cautionary tale, and there’s a tragic irony to Miranda never putting together that the idea of being famous, and having the world follow your example, must come from a place of truly offering something worthwhile that people would want want to follow.

Ballinger’s energy and drive as this character is nonetheless very impressive though, and has the supporting cast often feeling like they’re just trying to keep up, though this further works with the idea that Miranda is an incredible handful. The Office’s Angela Kinsey is the other big performance standout in the series, as Miranda’s soft-spoken, downtrodden mother, Bethany, who justifies her pathetic nature with a series of fictional ailments, offering enough of a hint of inspiring Miranda’s dark side, though not to the point where she feels like the true perpetrator of Miranda’s shortcomings. Steve Little also manages to provide enough energy to virtually keep pace with Ballinger as the equally stupid and oblivious Uncle Jim, who irrationally supports every decision and impulse of Miranda’s, while also being chronically unemployable and unreliable. Little has particular comedic chemistry with both Ballinger and Kinsey, being the weird, creepy relative that most families would probably keep firmly at bay in the real world, though in this world, Jim is just another cog in the out-of-control machine that is Miranda’s obsession with star power. 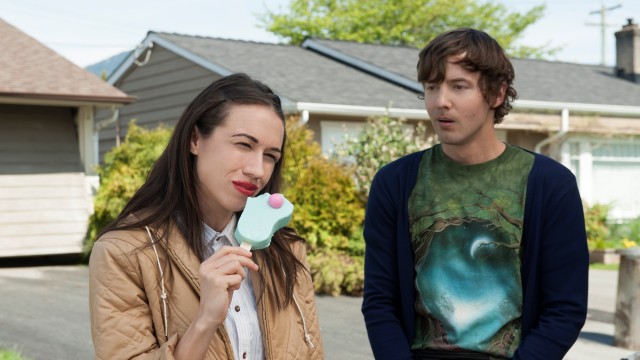 Grounding Haters Back Off a bit more are the other two younger characters, those being Miranda’s sister, Emily, played by Francesca Reale, and Miranda’s friend, Patrick, played by Erik Stocklin, who happens to be secretly in love with Miranda as well. Emily is the show’s straight woman, being the lone smart and sensible person in a very dysfunctional household, though it doesn’t feel like Reale gets to stretch quite as much as the other actors, since she’s often steamrolled over by Ballinger and Little most notably. Stocklin gets a few more funny moments, though it’s not until towards the climax of the season that Reale and Stocklin are allowed to stretch and effectively grow as characters, beyond being opposing reactionary forces to Miranda’s silliness.

Emily and Patrick, along with Bethany, also become focal points in what is a surprisingly sobering and dramatic final stretch for Season One of Haters Back Off as well. Despite most of this show being ludicrous and comically vapid, there is a powerful and sobering result of the hijinks that reminds viewers of the cautionary element that Miranda is ultimately supposed to represent. It would have been nice if the show could have found a better balance between the comedy and the drama though, rather than just piling on the big dramatic punches as the season is winding down, ultimately culminating in the show’s first batch of episodes ending on a harrowing, unfulfilling cliffhanger. It would be a weird note to end the series on if Haters Back Off doesn’t get a second season, even though it is likely to eventually be renewed for more episodes at this point. Still, it’s not until the final two episodes that Haters Back Off truly links itself to real-world consequences, with the bulk of this first season instead focusing firmly on cartoon-ish discomfort and facepalm-worthy character destruction for Miranda and Jim especially. 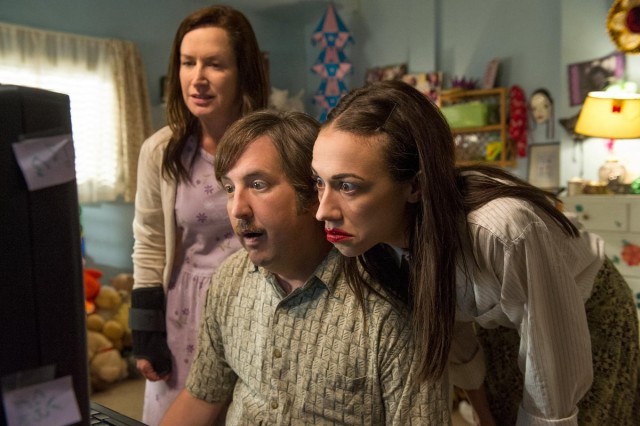 How much you enjoy Haters Back Off is exactly contingent on how much you enjoy the idea of watching a terribly dysfunctional, aggressively unlikable person constantly cause trouble for herself and everyone else. Miranda’s behaviour is never celebrated by the series overall, and the end of the season does illustrate the high price of neglecting what’s truly important in life, though there are few reasons to root for Miranda achieving any kind of success, which is the over-arching joke of the show. That joke does work a little better on YouTube and in live comedy acts than it does in a full-fledged sitcom, but there is merit to Haters Back Off, especially since you can easily binge through its first season in just a few hours. Some of the storytelling and the overall tone could be tightened in a potential second season, and even then, the joke of Miranda’s character is noticeably stretched when it spans several hours of content, as opposed to several minutes, but Haters Back Off manages to at least make par for Netflix sitcoms. This show likely won’t achieve the same comedic brilliance as Unbreakable Kimmy Schmidt, Master of None or BoJack Horseman, but as far as opening the television floodgates for YouTube characters go, Haters Back Off proves that at least this idea isn’t a fundamental lost cause.

Haters Back Off: Season One Review
The first season of Haters Back Off is a big heap of awkward, cautionary humour that mostly works, despite a few storytelling and tone hiccups.
THE GOOD STUFF
THE NOT-SO-GOOD STUFF
2016-10-30
75%Overall Score
Reader Rating: (1 Vote)
96%