After the very intense and slightly uncomfortable season premiere last week, The Walking Dead wisely shifted gears to a much lighter and more hopeful episode this week. “The Well” completely broke away from the perspective of Rick’s party, in favour of catching up with Morgan and Carol, who have ended up in quite an interesting new location since the conclusion of Season Six. Fans of the source comics will quickly recognize it too.

This is the episode that introduces The Kingdom to AMC’s The Walking Dead TV universe, and with it, we meet its eccentric leader, Ezekiel, who just so happens to pretend he’s a fantasy-style king with a pet tiger named Shiva. It’s ridiculous and impractical, and you could buy it to an extent in the more stylized world of the source comics, but when you see this weirdness unfold in a live-action TV show, it is very difficult to swallow. Rather than shying away from this hurdle though, AMC smartly leaned into it, fully acknowledging the ridiculousness of The Kingdom, and effectively using it to further the arcs of both Carol and Morgan. 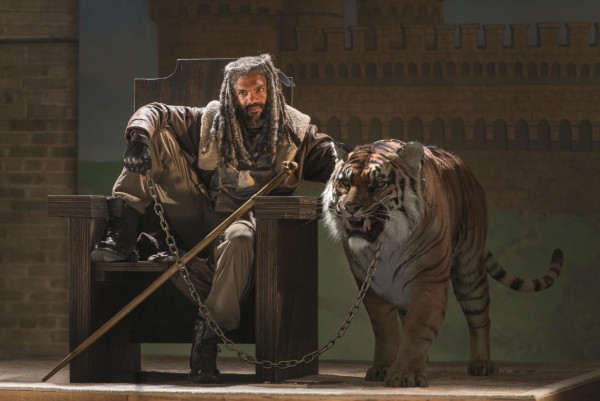 As much as the citizens of The Kingdom seem happy with their medieval fantasy-inspired lifestyle, Carol obviously thinks that the whole thing is a joke, and is desperate to leave as soon as possible. Even Morgan doesn’t seem to fully trust the place, despite Ezekiel being eager to put him in charge of training a struggling young man named Benjamin. Morgan at least has the advantage of fitting into the place a lot more readily than Carol does too. Morgan still isn’t sure about it, yes, but the peaceful, non-violent ways of The Kingdom are something that fits very well with Morgan’s current post-apocalyptic philosophy. Morgan and Ezekiel inevitably become fast friends, and one has to wonder at this point why Morgan would even bother returning to Alexandria.

Carol’s storyline, meanwhile, is a tad more strained, though only a tad. The idea of Carol somewhat cracking and being taken aback by this new level of lunacy in a world that is starting to really wear on her psyche is sound, but it’s also true that Carol still is acting a little bit irrational at times, even considering her mental state. Why is Carol bothering to get The Kingdom to play to her sweet and innocent act if she’s just going to leave? Why is she refusing to eat, only to steal food later? Why is Carol being so stubborn and distant with what’s clearly a good, functioning society, just because it’s a little weird to her? Some of Carol’s disbelief and distrust made sense, but there were other instances where it just felt like she was being difficult for the sake of being difficult, which is something that also plagued her character towards the end of Season Six. 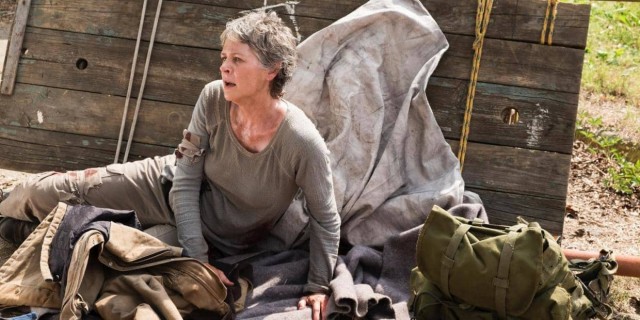 What slightly salvaged some of these minor Carol annoyances was a fairly illuminating conversation with Ezekiel towards the end of the episode. Ezekiel reveals that he’s on to Carol’s false sweetness act, because he himself is putting on an act. Ezekiel’s society seems bizarre, but when he explains his motivations, how his people need a leader to make them more productive and less dangerous, and how the imposing image of a regal-looking man with a tiger will give them hope and comfort when they befriend him, it honestly makes sense. It doesn’t make The Kingdom any less absurd, but it’s not absurdness for absurdness’ sake. Ezekiel’s backstory about being a zookeeper that found his last link to real attachment in a tiger he once saved from death, and how he was an actor in community theatre, did manage to add up, and had The Walking Dead exercising an unusual degree of cleverness with how Ezekiel was fleshed out, even in just a single episode at this point.

Something else that was really smart about The Kingdom is in a revelation just past the halfway point of this episode that Ezekiel is slaughtering and preparing pigs to offer to The Saviors, something that the rest of The Kingdom’s citizens don’t know about. Some of Ezekiel’s men certainly aren’t happy about the arrangement, and a fight does break out that Ezekiel forces his man to desist at, but it was interesting how Ezekiel manages to deal with Negan without provoking his wrath, yet also without direct violence, particularly since Ezekiel isn’t willing to risk losing men, even when his men have plenty of fighting skill (if not Negan’s numbers). There is something truly impressive about this man, even when he seems to be doing the complete opposite of what this show’s canon has drilled into viewers in terms of how to best survive in this zombie-infested hellscape. I do have to wonder how The Saviors and Negan would react to that tiger though. I bet even Negan would hesitate to provoke that thing! 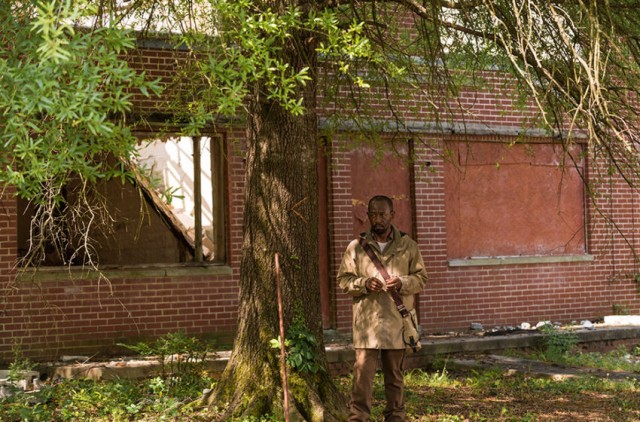 When all is said and done though, Ezekiel convinces Carol to both leave and not leave, living on a quiet house on the outskirts of The Kingdom, where she could help keep watch and figure out her issues in peace. The episode even ends on a pretty upbeat scene of Ezekiel coming by with Shiva to offer Carol an apple, suggesting that she really has no reason to fear or distrust such an arrangement. Not since The Walking Dead first explored Alexandria in Season Five has there been such a sense of peace and hope in this post-apocalyptic world, and I’m very glad to see that this show hasn’t forgotten how to provide that. If it’s all misery all the time, then The Walking Dead becomes dull, depressing and impossible to truly invest in. Hell, even the season premiere from last week sort of numbs the viewer with all of its suffering after a while! It was nice to wash that down with a relatively cheerier episode, and one that broke the tension by effectively showing the show’s more light-hearted side, without compromising the stakes and dread.

That’s not to say that The Walking Dead necessarily needs to lighten up, but it does need to sometimes do a better job of not getting too lost in being gross, depressing and/or violent all the time, to the point where it becomes mere exploitation and dark pageantry. “The Well” was a welcome break from the misery, and injects just enough hope into the series to avoid the sensation that Season Seven is going to be a slog, but also not a cakewalk. I trust that The Walking Dead will be back to its regularly scheduled misery next week, but this first visit to The Kingdom was a fulfilling one. Carol still needs to get her head straight a bit, but I guess she couldn’t have found a better place to start doing that.

The Walking Dead 7.2: "The Well" Review
The Walking Dead offset last week's incredibly dark season premiere with a lighter, more hopeful episode this week, one that provided a great introduction to Ezekiel and his 'kingdom'.
THE GOOD STUFF
THE NOT-SO-GOOD STUFF
2016-10-31
88%Overall Score
Reader Rating: (0 Votes)
0%