If you were hoping to see the most recent incarnations of the Heroes in a Half-Shell suit up for a third movie, then Teenage Mutant Ninja Turtles: Out of the Shadows producer, Andrew Form has some bad news for you. Speaking in an interview with Collider today, Form stated that it’s pretty unlikely that this year’s Teenage Mutant Ninja Turtles movie sequel is getting another follow-up. 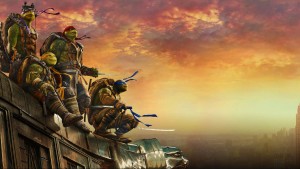 Paramount and Nickelodeon, the film franchise’s duo of handlers, haven’t issued an official statement about a third Teenage Mutant Ninja Turtles movie in their current series at this point, but Form’s evidence for reasonable doubt is difficult to deny. Form stated that the second movie’s modest box office intake of just over $245 million worldwide, not counting home video sales and rentals, on a $135 million budget, is the main reason why a third movie is unlikely to happen. On the bright side however, Form is also confident that the movie series will be rebooted someday, despite Paramount and Nickelodeon allegedly not being truly sure as to why the sequel under-performed at the box office. 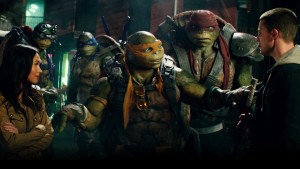 Some of the shaky reception to Teenage Mutant Ninja Turtles: Out of the Shadows also hasn’t helped matters, despite many critics and fans feeling that this year’s movie sequel was at least a small improvement over its 2014 predecessor. Form also lamented that the sequel might have crammed in too many classic characters without effectively justifying their appearances, which could have been another reason why many moviegoers were put off by the follow-up. Aside from the return of Turtles arch-nemesis, Shredder, the movie also introduced a quartet of other recognizable Turtles foes, between Bebop, Rocksteady, Baxter Stockman and Krang, as well as the Turtles’ vigilante ally, Casey Jones. Sure enough, some of the criticisms surrounding the sequel involved the pointless and unsatisfying roles of Shredder, Casey Jones and Krang most notably, with plot holes and recycled action sequences also being cited as issues.

Our own official review of Teenage Mutant Turtles: Out of the Shadows from this past June gave it an overall 72% score, praising its fun spirit and enjoyable new villains, though we did criticize the movie’s, “Ridiculous” storyline and disappointing final act. Interestingly, the movie is also not to be confused with a video game from 2013 that is also called Teenage Mutant Ninja Turtles: Out of the Shadows, which released for Steam, Xbox Live Arcade and the PlayStation Store for PlayStation 3.

Keep sneaking to Eggplante for all major news and updates on the Teenage Mutant Ninja Turtles movies.