The Walking Dead finally checked back in with The Hilltop for the first time this season, and that means that we get a much-needed update on how Maggie and Sasha are doing, in the wake of Negan’s murdering of Abraham and Glenn at the start of Season Seven. “Go Getters” took another breather after last week’s extended 90-minute episode, being a mostly slow burn episode that was all about setting up more players in the inevitable rebellion against Negan and The Saviors. While Maggie, Sasha and the also-returning Jesus had their share of good moments on this note, the rest of the episode was merely solid, rather than truly standout.

Before things get going in The Hilltop for most of this episode’s runtime though, we also peek back at Alexandria, as a newly subservient Rick prepares to take several members of his crew on a quest for supplies, so they can keep Negan’s wrath at bay. Michonne, meanwhile, is preparing to go and, “Figure things out”, with Carl also seemingly preparing his own inevitable revenge effort, something that Enid tags along with. Well, sort of. It’s actually Enid that sneaks out originally, with Carl somehow sneaking an entire car out of Alexandria (seriously? Why did anyone let Carl out of Alexandria at all, let alone with a car?), and running over a Walker that comes for her later.

Among the other breathers this episode took, we also got something of a breather from the breather, if that makes sense, with the Carl/Enid subplot. Carl and Enid mostly just bumble around and discuss their shared animosity towards Negan, even if it definitely rings more true with Carl, who was actually there to see Abraham and Glenn get brutally killed. The sweet moments between these two were nonetheless appreciated though, including them roller skating together after salvaging a lone backpack on the side of the road, and even sharing their first kiss, before Carl leaves to go on a lone effort to kill Negan himself, leaving Enid to just go to The Hilltop. Carl thinking he can take Negan on by himself is definitely pretty idiotic, though I suppose he is an angry teenager, so maybe that can be allowed to slide, since that adolescent, short-sighted reaction is actually pretty logical for someone Carl’s age.

Regarding the main events of the episode, it’s satisfying to see that Maggie and Sasha are both alright, or as alright as they can be, given the circumstances. Jesus suggests that they both stay at The Hilltop, though Gregory overrules him, saying that the two have to leave, since they’re jeopardizing the community by creating a target for The Saviors’ fury. Ah yes, Gregory. He’s still just as much a pain in the ass as ever. 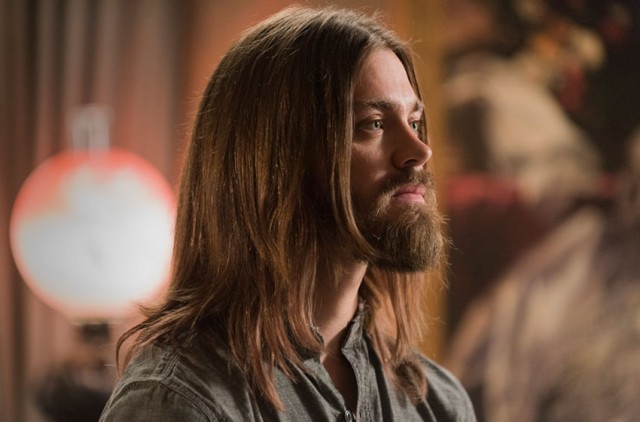 Look, I understand that Gregory is supposed to be a coward, and is supposed to be difficult to deal with in general, but this episode really started marking the point where it’s impossible to understand how this idiot ever ended up in charge of a fully stocked, functioning community. Even Ezekiel has a better, more logical platform to rule a community than Gregory at this point! Jesus appears to imply that Gregory was simply chosen at random, since no one else decided to take charge, but seriously? There was not a single person at The Hilltop more qualified to lead? Not the doctor? Not Jesus, despite his protests? This is just difficult to swallow, and makes one scratch their head as to how The Hilltop managed to survive for so many years, especially with The Saviors in such close proximity!

Speaking of The Saviors, we didn’t see Negan this week, though we at least got some highlight scenes after the gang once again intervenes in the peaceful lives of the other survivors. Maggie and Sasha got a chance to strike back at The Saviors’ effort to run a car through The Hilltop’s gate, blasting music and lighting fires to summon a horde of Walkers, which they both promptly took care of, injecting some welcome action into what was otherwise a slower episode of The Walking Dead. Likewise, just as Maggie, Sasha and Jesus sort out that gesture, a Negan proxy, Simon, comes to visit Gregory, leading to a nicely tense scene where The Saviors look like they’re about to find the hidden Maggie and Sasha at any minute, revealing the deal that The Hilltop formerly made with Rick’s crew to take out the nearby Savior outpost last season. Some quick thinking by Jesus manages to save the women after Gregory’s cowardice gives them up though, also leading to The Hilltop losing some valuable supplies, and Gregory losing his booze. Well, I suppose he definitely had that one coming.

Things ultimately wind down with Jesus stowing along on the same Savior truck that Carl happened to crawl into, sticking the two on an equally senseless revenge effort that is sure to put them in hot water over the rest of the season’s front half this year. “Go Getters” was pretty heavy on annoying Gregory moments, but the check-in with Maggie and Sasha was pretty good, as was Carl and Jesus joining the growing rebellion effort against Negan. The Hilltop really is in dire need of new management, but even if Jesus snuck off, at least it looks like Maggie and Sasha aren’t going anywhere. That’s probably a good thing when the next music-blasting vehicle crashes through The Hilltop’s front door.