With something of a status quo restored between everyone by the end of last week’s episode, and Lucifer starting to build up to a Fall finale next week, this week’s episode found a new challenge to toss at its titular character, this time by going after his home. “Homewrecker” once again cleverly wove in this week’s case-of-the-week with Lucifer’s ongoing struggles and issues, with a big twist eventually giving way to what is sure to be a major focal point in next week’s midseason finale episode.

After the owner of the strip where Lux is located winds up dead, Lucifer finds himself evicted from his home by the man’s son, the new legal owner. This has Lucifer desperate to prove that the son is the killer, which initially seems interesting, though it’s too bad that the episode didn’t totally go all the way with Lux being under threat. In fact, by the end of the episode, the threat is sorted out completely, which is the major drawback to this week’s offering. It might have been better to have Lucifer take at least a couple of episodes to fight for Lux, though maybe, due to the impending Fall finale, perhaps that wasn’t an option. 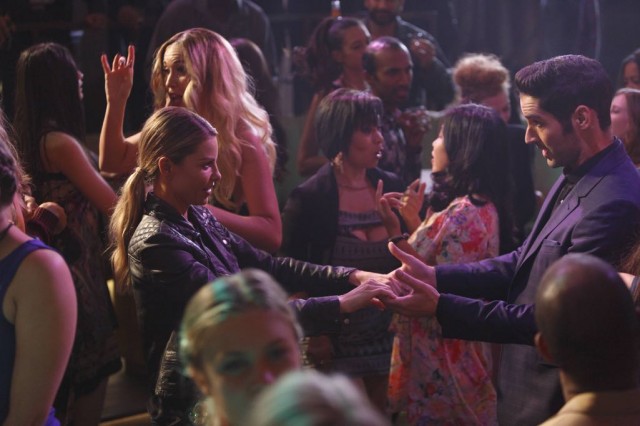 Nonetheless, we got another better-than-usual case-of-the-week this week, as Lucifer and Chloe comb through evidence that eventually leads them to a professional tempter, someone who tries to seduce people into cheating on their spouses, or selling secrets. When the tempter approached the victim’s son’s fiancee, he was ordered to forge fake evidence so that the victim could blackmail the fiancee with it, which is what led to the fiancee impulsively killing the man. This wasn’t a bad motive or execution, and the case ending with both the man and woman going to jail for each other was an unexpected result that played well into Lucifer’s present character conflict, where he examines human loyalty and what it means to him.

One plus to Lucifer being faced with losing Lux is that it provides an especially standout excuse for him to re-examine his time on Earth overall. This nicely played into Lucifer undergoing a few more therapy sessions with Linda, where Linda asks him why he chose Los Angeles, since most people go to that city either to run from something, or look for something. Linda also happens to meet Mama Morningstar this week, who predictably tries to nose into her son’s sessions, though fortunately, Linda won’t break patient confidentiality for even the goddess of creation herself. That definitely makes her a true professional! 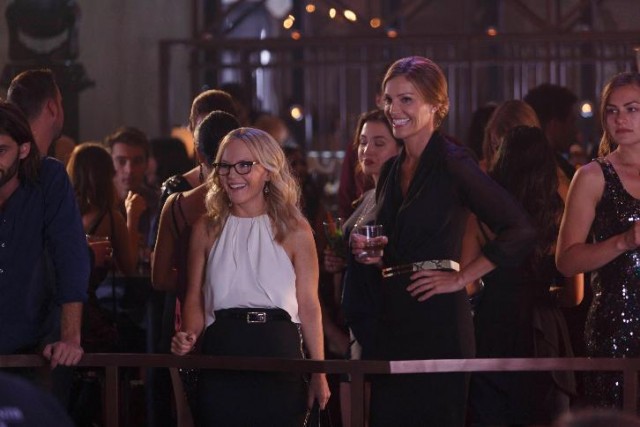 Speaking of Mama Morningstar, she once again became a more aggressive and dangerous character this week, which mostly worked pretty well. Mama Morningstar being inadvertently inspired by Linda to demolish Lux herself was a nicely sinister turn, though one she eventually abandons when she figures out that she can seduce Dan! This was a great twist, one that Amenadiel and Maze also had quite a bit of fun watching from the sidelines (well, mostly Maze), though it was a bit annoying that the show glossed over the major bomb of Dan hooking up with Mama Morningstar pretty quickly. Perhaps it will come back into play next week?

Something that will definitely come up next week though is Lucifer possibly facing the idea of falling in love with Chloe. What began as a harmless flirtation really seems to be developing into something more for Lucifer, particularly when Chloe encourages him to keep partying when Lucifer defiantly tries to stall the moving crew that is forcibly taking his possessions away. Chloe even saves the entire club afterward, using some historical trivia from Lucifer to declare it a heritage site, which is where Linda points out that Lucifer may have found more than friendship from Chloe. Unfortunately, this comes at a troublesome time, since Lucifer stands up Chloe after inviting her out to a celebratory dinner, and this is a huge problem when it leaves Chloe wide open to a car bomb that’s about to be detonated by Mama Morningstar! Oh no! Granted, again, as with the car accident that Uriel instigated a few weeks back, Chloe obviously won’t die, since she’s a series lead. With Lucifer drinking his worries away at Lux though, who will be around to save Chloe from a fiery death is still a nicely big question that leads well into next week’s Fall finale!

“Homewrecker” rushed through a few details that might have warranted a bit more fleshing out, but it was still another highly entertaining episode of Lucifer that seems to set up next week’s Fall finale pretty well. We got another better case-of-the-week than usual, especially when it wove well into a big storyline with Lucifer, and Mama Morningstar once again becoming a serious obstacle had no shortage of moments that were both fun, and nicely hair-raising. Like I said, it might have been even better if the whole Lux issue wasn’t just contained to one episode, but at least it put Lucifer on the road to realizing that he might have more than just a friend in Chloe. Is the rest of Lucifer’s human social circle going to learn the truth soon?