Kevin Smith returns to helm another episode of The Flash this week, after directing what was arguably one of this show’s best episodes of last season, “The Runaway Dinosaur.” Smith’s new Season Three episode of The Flash, “Killer Frost”, is unfortunately a step down from his stellar Season Two offering, but this episode did at least mark a small increase in quality for this show’s currently-struggling third season, namely in how it challenged the core dynamic of Team Flash in a really great way.

As the title of this episode pretty bluntly spells out, Caitlin’s full Killer Frost villain side is unleashed this week, after she has to intervene to save Barry from Savitar, following directly on from last week’s cliffhanger conclusion. Though the character work with Caitlin ended up being fairly good, it is disappointing that Savitar still hasn’t fully gelled as a villain yet. The idea of an evil force that commands a cult and is practically embodied by the Speed Force itself is an interesting concept, but so far, the show hasn’t carried the same intrigue with Savitar as it did with Reverse Flash or Zoom, something that is hopefully remedied later in the season. 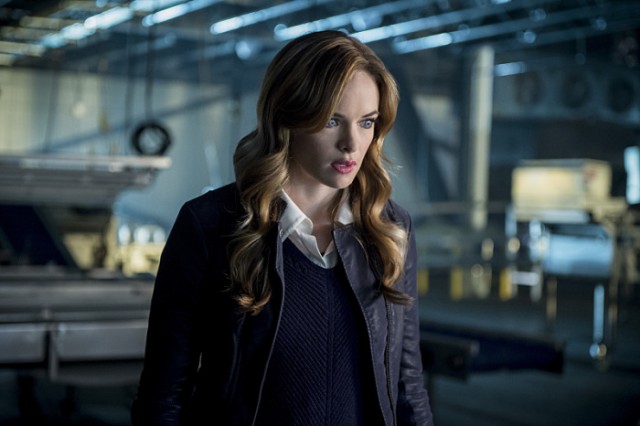 Seeing Caitlin explore a villainous side, and essentially become this week’s villain-of-the-week, was a really bold and risky move though, and one that helped this episode feel especially fresh and exciting after this season’s present stumbles. Caitlin’s motivations were also surprisingly sound to boot. Rather than just completely flip-flop and become a bloodthirsty monster, Caitlin’s Killer Frost persona still manifested through the Caitlin that we know, namely her obsession with finding Alchemy, and coercing him into reversing her condition. Seeing this objective through the eyes of a Caitlin that is no longer afraid to injure and threaten to proceed her agenda was definitely exciting.

To clarify, Caitlin never goes full Killer Frost in the end, like her late doppelganger from Earth-Two, which may disappoint some, though I suppose it’s not the right time to truly upset Team Flash’s core dynamic on this series in any lasting way. Still, Caitlin seriously injuring Barry at several points in the episode, and going toe-to-toe with Cisco, as his vibing prophecy predicted, made for some standout dramatic scenes that also felt fun to watch. Barry bringing the recognizable Caitlin back from the brink by convincing her that she can’t and won’t kill, after goading her to kill him in the pipeline, was also a fairly smart solution to fix things. Again, there is a slight disappointing air from Caitlin’s Killer Frost issue being very cleanly resolved at the end of the episode, though I suppose her Killer Frost woes aren’t completely over yet, as Barry freely tells Julian that Caitlin is still, “Sick” at the end of the episode.

Speaking of Julian, he had an especially big role this week, after Caitlin initially kidnaps him and holds him hostage, in an effort to isolate Savitar’s other acolytes. Julian survives the encounter, after taking a punch from The Flash that gives him a concussion (damn!), though Barry is forced to make a huge sacrifice to ensure Julian’s silence over the Caitlin situation; He has to quit his job as a CSI for the CCPD. That’s a heavy sacrifice, even if it’s bound not to stick forever, and what made this selfless moment for Barry all the better was the epilogue, where Savitar commands Julian to continue being his servant, leading Julian back to his secret stash of villainous goods. Many fans predicted it already, but this episode finally revealed the truth; Yes, Julian is Alchemy, and it looks like Julian’s about to make a lot more metahumans for Savitar in the near future. With Barry no longer working for the CCPD for now, that means that Central City is in an extra helping of trouble!

The subplots with the other characters also went over fairly well, as Joe becomes increasingly restless over the state of Wally, while Cisco hears Caitlin confirm that his brother, Dante was alive and well before Barry created Flashpoint and disturbed the timeline. Cisco and Barry suffering a deep rift in their friendship is something that will hopefully have dire consequences for a good chunk of the season, and hopefully, the show doesn’t backpedal early on this drama with Dante’s death this time, like it did at the start of the season. I can see the show already sweeping this conflict under the rug for next week at least though, since The CW’s epic four-show DC crossover is throughout next week, so Barry and Cisco will definitely have to bury the hatchet for the coming of The Dominators. 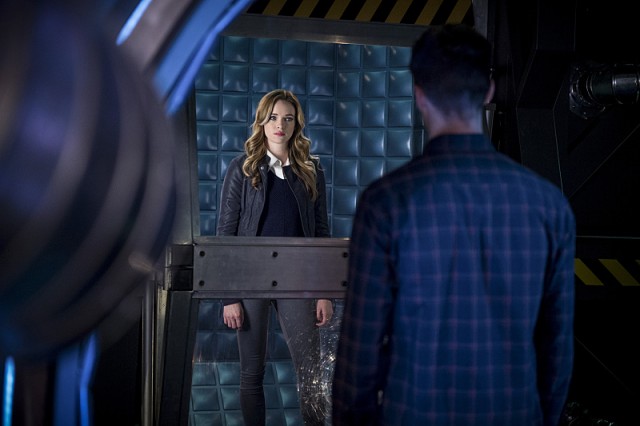 The Flash also finally completed Wally getting his speedster abilities from DC Comics lore this week, when Joe eventually gets too restless to stand by, and convinces H.R. to help him free Wally from the husk he’s trapped in. After Wally is broken out prematurely however, he enters a fugue state and speeds off, which is why Barry has to convince Caitlin to come back to the heroes’ side, as she’s the only one who can stabilize Wally’s unstable body and brain activity. Wally becoming a speedster is another bold step forward for The Flash, and one that can hopefully help elevate a shakier season in the future, on top of giving Barry an additional ally for the fight against the DC Television Universe’s alien invaders next week.

“Killer Frost” mostly delivered on the promise of its namesake, even if Caitlin is ultimately pulled back from the brink of true, lasting villainy in the end. Still, this is one of the better Season Three episodes of The Flash to date, even if the core battle against Alchemy and Savitar still has yet to gain any serious traction. Maybe it’s a slow burn, and maybe the season’s back half will make the wait for better episodes worth it, though for now, it’s a let-down that Flashpoint is so far still only leading to easily-fixed, ultimately minor consequences for this show. On the bright side, now that we know for sure that Julian is Alchemy, hopefully that leads to a better, more interesting foe for Barry going forward this season.