The Wii U may have a serious shortage of credible third-party developer support, but the console nonetheless has an outstanding third-party exclusive that is considered to be one of its best overall offerings; LEGO City Undercover, a fun-spirited, family-friendly sandbox game from Warner Bros. subsidiary, TT Games, albeit published by Nintendo. Come 2017 however, LEGO City Undercover will no longer be limited to Wii U, as the game is officially going multi-platform next year, with Warner Bros. confirming the news on Twitter today. 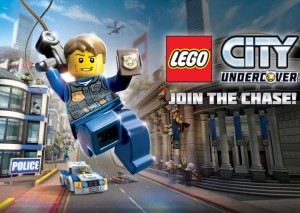 The new multi-platform release of LEGO City Undercover is targeting a Spring 2017 launch window, where it will finally expand the game outside of the Nintendo ecosystem, with new PlayStation 4, Xbox One and PC releases. Nintendo loyalists who didn’t play the original Wii U build of the game can also look forward to a Nintendo Switch version of LEGO City Undercover releasing at the same time. This makes LEGO City Undercover the latest third-party game to be officially confirmed for a Nintendo Switch release, and the first Warner Bros.-published game for the platform, following Ubisoft’s Just Dance 2017, Square Enix’s Dragon Quest XI, and Sega’s currently-untitled new Sonic game, along with a, “High-profile IP” from EA at the platform’s launch in March. The Nintendo Switch reveal trailer also teased potential Switch releases of The Elder Scrolls V: Skyrim – Special Edition and NBA 2K titles, with Bethesda’s Todd Howard recently teasing that he has already gone hands-on with Skyrim on Switch.

LEGO City Undercover places players in control of Chase McCain, who is bent on putting a stop to the criminal dealings of villain, Rex Fury in the titular LEGO City. The game boasts a huge open-world sandbox setting, essentially existing as a family-friendly version of Grand Theft Auto, and unlike most other LEGO games by Warner Bros. and TT Games, LEGO City Undercover is an original effort, and not based off of a license such as Star Wars or Marvel/DC. We were quite fond of the game in our original review of its Wii U build from 2013, declaring it a vast, fun and hilarious gem that is packed with play value for Wii U owners of all ages.

Keep arresting Eggplante for all major news and updates on the LEGO games.