The Walking Dead spent most of this week’s midseason finale successfully positioning Rick and his fellow survivors to begin a coordinated rebellion against Negan and The Saviors. Rick in particular had to find his fighting spirit again, and for what it’s worth, “Hearts Still Beating” helped him get there, representing a slight improvement over The Walking Dead’s past few struggling episodes. Unfortunately though, this midseason finale is also yet another bloated, overlong 90-minute offering, which is still too heavily leaning on Negan’s old tricks to do anything of real impact for most of its runtime.

One of the big things working against this episode is that it had so many ongoing subplots that didn’t feel all that useful or worthwhile in the end. Carol’s and Michonne’s subplots in particular ended up being completely pointless. Sure, Michonne gives Rick a motivational speech that finally has him sacking up and ready to fight back against Negan in this episode’s final minutes, but this speech still could have been had without Michonne’s journey to what is ultimately the same roadblock that Rick’s crew has always run into with Negan up to now; There’s just too many Saviors for any one person to take them down. Michonne’s trip with the Savior woman in the car didn’t ultimately teach her anything that she didn’t already know. 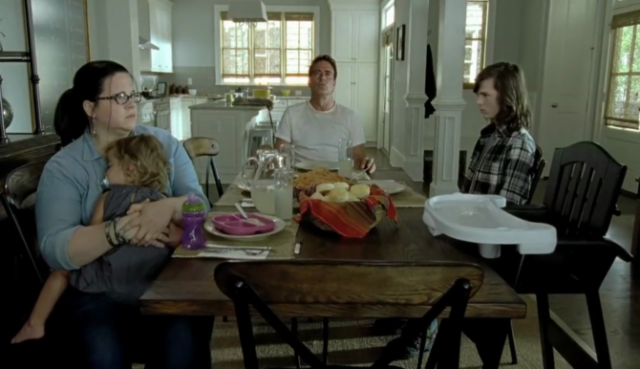 When working to the end of convincing Rick’s group to unite with other settlements like The Hilltop, and presumably The Kingdom eventually, this episode did fairly well. We had to sit through a lot of filler to get to the good stuff yet again, but the final result is fairly pleasing for frustrated fans that just want to see this show move forward in a better way. By contrast, Carol’s entire subplot seemed to only exist to highlight the fact that The Kingdom is also starting to breed rebels that want to dispatch Negan, another story element that we already know, as one of its citizens comes to beg Carol and Morgan to help him fight for the settlement. This is fine, but this storyline was obviously bound to go nowhere for now. Morgan and Carol are the two worst people that this soldier could have asked for help fighting Negan from, since both now abhor violence. The end result was Carol yet again insisting on being left alone by even Morgan, so we’re back to where we started again. Frankly, this whole subplot only existed to fill space in the runtime.

We also run into the exact same problem with Negan continuing to hang about Alexandria too. The problem isn’t Jeffrey Dean Morgan or his standout performance as the arch-villain. The problem is that the show is turning Negan into a tiresome one-trick pony, which is a huge dis-service to his character. Everything keeps coming down to Negan being in control and killing or sparing someone at random. When Negan is so outrageously equipped, powerful and unstable, it ironically creates less suspense, not more, since there’s no real question in the season’s front half especially that Negan will always come out on top. Negan cooking, eating and lounging with Carl just amounts to the same old tired tension, and is yet another pointless storyline that simply exists to fill space in an overlong episode. 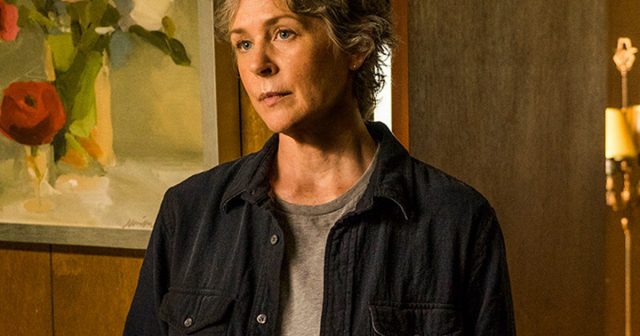 Things mercifully become more interesting once Spencer decides to try and court Negan with gifts of booze and a pool game, in an effort to try and unseat Rick as Alexandria’s leader. This occurs after Rick and Aaron return with the supplies from the boathouse, after a decently tense, but ultimately consequence-free trip through that Walker-filled pond, despite an annoying false death scare with Aaron at one point. Aaron actually sort of gets two false death scares actually, since he’s later beaten on by Saviors who find a threatening note from the supplies’ initial owner, which leads to them assuming that Aaron is giving sass. It’s kind of unnecessary, especially since nothing really comes of Aaron’s injuries in the end, but at least it’s another small piece that can be placed into Rick finally deciding to stand up to his group’s oppressor.

Where the pool game gets interesting is when Negan starts saying that Spencer, in contrast to Rick, has no guts, since Rick is swallowing his hatred for Negan to nonetheless be useful. Negan then responds to this contrast by disemboweling Spencer in front of the townsfolk, including Eugene and Rosita, which finally motivates Rosita to use her one bullet to try and shoot Negan… Except she hits Lucille instead. This angers Negan and has him telling his lieutenant to kill someone else, which leads to Olivia getting shot dead, and Eugene being snatched away. This would be a fairly decent way to up the excitement… If the death choices didn’t feel so poor. There’s no way that anyone is going to care about Olivia dying, including Rick and his crew, since she’s an obvious throwaway character that has done nothing but serve as the brunt of Negan’s insults this season. Likewise, Negan is not wrong when he says that Spencer was trying to betray Rick, and was clearly more trouble than he’s worth. If these deaths, along with a slight nicking of Rosita’s face, were supposed to be a key catalyst to Rick finally wanting to stand up and fight, that frankly doesn’t make a lot of sense.

Fortunately, the impassioned speech by Michonne at the end of the episode makes up for the fact that so much of her storyline didn’t amount to anything, and hopefully, this, along with possibly Eugene’s kidnapping, is the real reason why Rick is finally ready to fight back against The Saviors. There is an undeniable appeal to watching Rick’s core group come into The Hilltop to meet up with Maggie, Sasha and Enid again, along with Daryl, who finally escaped The Sanctuary, and came back with Jesus. Daryl’s escape had some nicely tense moments, particularly when he decides to brutally kill a surrendering Savior just as Jesus arrives to bring him back, and this hopefully sets Daryl up as a vital agent of the rebellion in Season Seven’s back half next year, since Daryl now knows Sanctuary’s layout very well.

As a midseason finale, “Hearts Still Beating” is a tad weak, since so much of it is dragged-out and uneventful, though it’s not bad either. Rick finally finding his resolve to fight again, likely with the aid of The Hilltop and The Kingdom in 2017, is pretty exciting, as is Daryl finally escaping. Now that a rebellion is forming, hopefully Negan’s stranglehold isn’t quite so absolute in the season’s back half next year, for the sake of variety. Most of all though, I also hope that The Walking Dead stops forcing these 90-minute episodes wherever it simply feels like placing them. Maybe it’s a side effect of AMC wanting to keep money rolling in with increased ad time, due to the show’s bleeding viewership this season, but it’s still hurting the storytelling. “Hearts Still Beating” at least positions The Walking Dead pretty well for its return in 2017, so here’s hoping that the show sees an uptick in quality next year, now that Rick has found his fighting spirit again.

The Walking Dead 7.8: "Hearts Still Beating" Review
The Walking Dead found its way to a proper rebellion against Negan in this week's midseason finale, though at the cost of another bloated, overlong 90-minute episode.
THE GOOD STUFF
THE NOT-SO-GOOD STUFF
2016-12-12
75%Overall Score
Reader Rating: (0 Votes)
0%